The first message of Juan Zabaleta as minister to the piqueteros groups: ‘It will not be necessary to cut streets’ 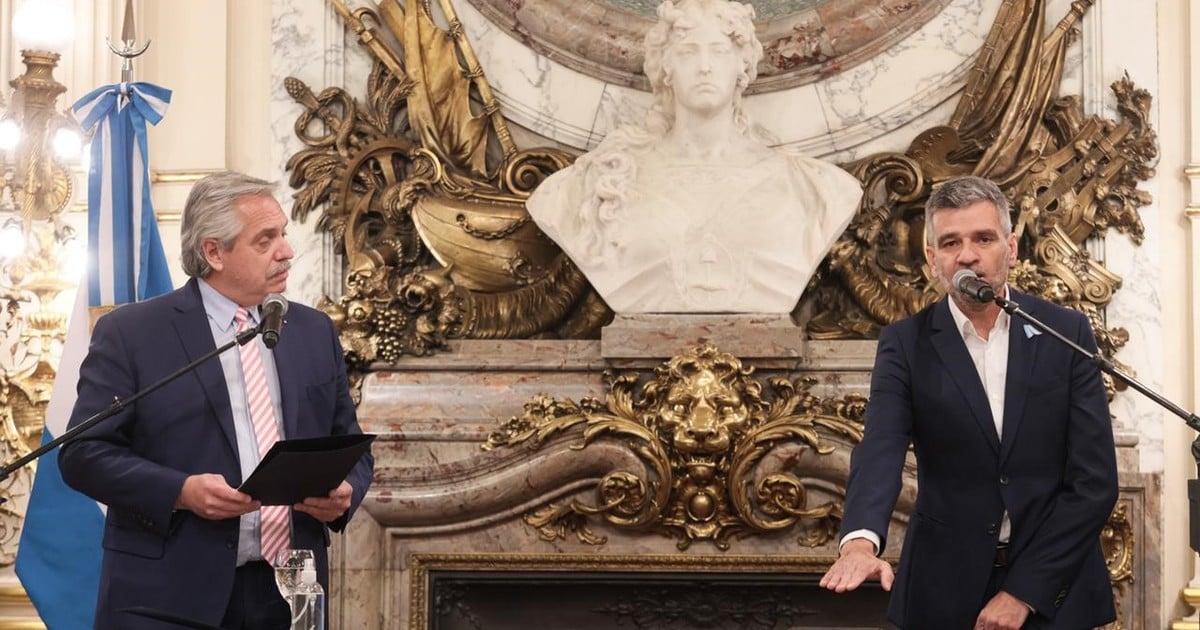 Juan Zabaleta, new Minister of Social Development, left a strong message to the piqueteros groups after Alberto Fernández was sworn in to incorporate him into the national cabinet. “It will not be necessary to cut streets”said the former mayor of Hurlingham, after a day of demonstrations in downtown Buenos Aires.

“It will not be necessary, with this minister, with Juan Zabaleta, cut streets to be able to dialogue. It will be a Ministry of open doors, dialogue and social containment, as the government of Alberto Fernández did, “said Zabaleta, who replaces Daniel Arroyo and spoke about himself in the third person.

In addition, he referred to the “social deterioration that we inherited” from the government of Mauricio Macri and highlighted the management of the coronavirus pandemic. “We have carried it forward with a great response capacity. Now the order is with everyone“, said the former communal chief, after a ceremony that also had Jorge Taiana, the new defense minister.

The President, with the new ministers Jorge Taiana and Juan Zabaleta. Presidency photo

At the beginning of his speech, he thanked the President for the opportunity” and promised to work for turn “all social plans into genuine work.”

Precisely, “genuine work” was the slogan with which piqueteros and splinter groups from the Polo Obrero received the new minister in advance, this Tuesday, with a four-hour cut off in front of the headquarters that overlooks 9 de Julio Avenue.

“We are going to carry out this task with great conviction, with work capacity and efficiency. We are going to break our souls. In Argentina there are many poor people and we have the enormous task of beginning to transform all the plans into genuine work, “said Zabaleta, in his first statements as a replacement for Daniel Arroyo.

He argued that he will work “for the recovery of Argentina” and was hopeful with the economic indicators after the impact of the coronavirus: “We are looking at the post-pandemic. The huge number of vaccines and the vaccination plan gives us the possibility of seeing indicators of that improves the economy. “

Asked promptly by the march of social movements and the cut that affected even the Metrobús on Tuesday, he reiterated his promises of dialogue.

“We are all in front of a front that is strengthened in diversity. We must know how to represent everyone, especially those who walk the street. We are going to continue working, watching a recovery economically and with many difficulties. We are going to turn each social plan into genuine work, “said Zabaleta.

Since noon, anti-K picketers were summoned on Avenida 9 de Julio, in front of the Ministry of Social Development, prior to the assumption of Zabaleta in that office.

The Polo Obrero Tendencia was in charge, a group that broke with the leadership of the Official PO led by Eduardo Belliboni. The meeting point was the Constitución station and from there they marched to the vicinity of 9 de Julio and Belgrano.

The traditional Buenos Aires avenue was completely cut off for 4 hours. Metrobus circulation was also interrupted.

They asked for a meeting with the authorities, “to propose genuine work, a public works plan that includes housing and a job bank run by the organizations.”

In the afternoon they were received by officials and deconcentrated normally.

Minutes later, another group made their way from the Obelisk to the Ministry. Militants of Juventud Combativa -in a much less numerous convocation than the previous one- blocked traffic on the 9 de Julio southbound.

Cut in Av 9 de Julio and Belgrano in front of the Ministry of Social Development. Photo Fernando of the Order

In the midst of the pandemic and just before Zabaleta was sworn in, the national government injected more than $ 100,000 million in funds into the ministry’s budget line in the last hours.

It represents a key economic move, since the sector has its resources completely exhausted in just seven months of 2021, given the large spending on social programs such as the Alimentar Card and the Empower Work.

And it also has its political side, given the proximity of the 2021 elections.