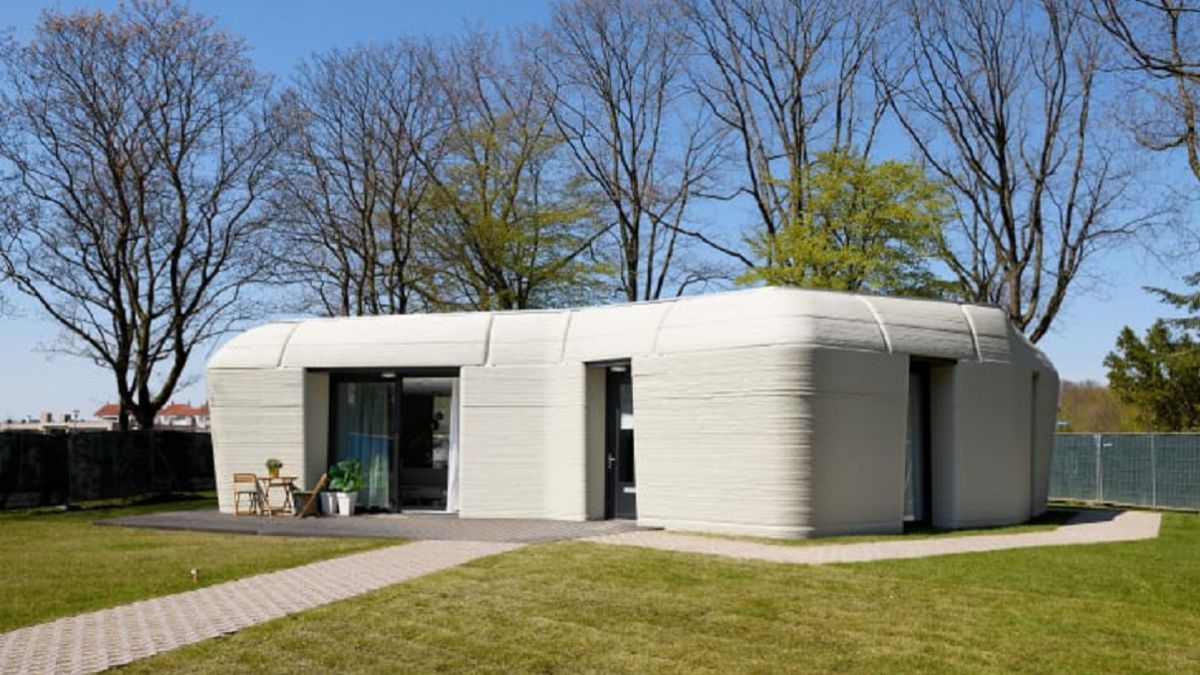 The advancement of technology in recent decades it is beyond doubt. The innovations that have emerged over the years has grown with the use of 3D printers: thanks to these, even a habitable house.

And so, with an address made fully with a 3D printer, this house in the Netherlands has become the first in Europe with permission to be built and inhabited. Elize Lutz (70 years old) and Harrie Dekkers (67) are its proud owners. This retired couple did not hesitate to respond to the ad they saw, in which tenants were sought for this project. “It reminded me of a special way of life. It seemed very safe,” says Lutz.

The house was built 100% through a 3D printer. For this they used a specially formulated concrete coming out of the robotic arm of the printer. For its construction they were necessary 120 hours to lay one layer after another until the facade and roof are finished, for a total of 24 concrete elements. After processing, they were transported by truck and placed on a base.

This construction, installed in the Bosrijk neighborhood of Eindhoven, shaped like a rock polished by erosion and has a space of 95 square meters. On its only floor it has a spacious living room, two bedrooms, bathroom and open kitchen. The intention, beyond experiment, is for it to be habitable for decades and is designed to blend in with the natural environment due to its peculiar exterior design.

Is the first of a series of five houses, which make up the Milestone project, developed by the Eindhoven University of Technology, the real estate agency Vesteda and three construction companies: Van Wijnen, Saint-Gobain Weber Beamix and Witteveen + Bos. The project website claims to be “the first for commercial housing based on 3D concrete printing“. The rest of the houses, the company assures, will have a greater number of floors, so “will require further development of the technique”.

The retired couple, former merchants in Amsterdam, will leave their current home in the city on August 1 to try the experience in Eindhoven, although it will only be for six months. The rent of the same will be 850 euros per month. At the moment of receiving the keys they expressed their emotion, “similar to what you might have from child before the house of Hansel and Gretel“.

Diego is looking for a donor to live