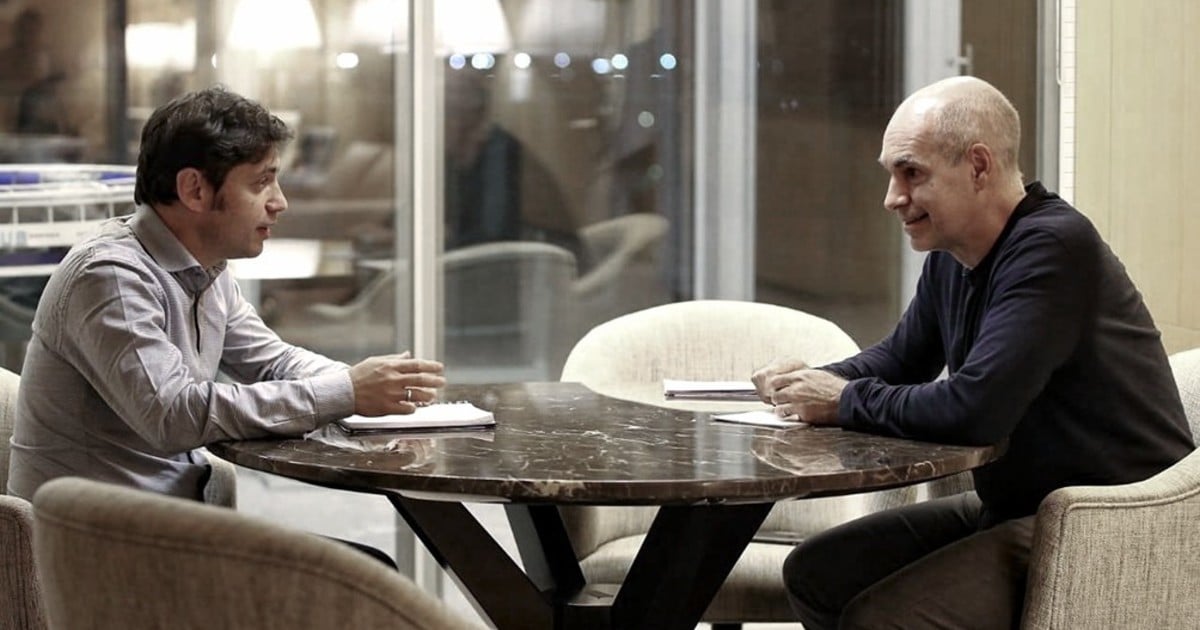 The survey was carried out in parallel with President Alberto Fernández announcing the closure of schools in the AMBA, at the request of Axel Kicillof and against the will of Horacio Rodríguez Larreta. And it measures, province by province, the impact on the image of each one. In his own way, he numbers the political duel of the moment, with the Buenos Aires governor on one side and the Buenos Aires head of government on the other.

Clarion advances this Sunday the study of CB Public Opinion Consultant, a firm with origins in Córdoba that surveys the entire country and since last year has published an interesting ranking of governors and evaluates the main national leaders district by district.

His last job started on Tuesday the 13th, a day before the President’s announcement, and ended on Friday, when the controversy was already unleashed and reached its first climax after the meeting between Fernández and Larreta. It included a survey of 550 to 1,250 cases per province.

In a quick read of the table of governors, ordered according to how the neighbors see their leaders, the result of the central bid is anticipated: Larreta comes first, with 68.6% of the porteños who rate it positively; and Kicillof, 22nd out of 24, with 43.5% of the image in favor.

The best and worst of Larreta

The head of Government, as explained, leads the table of leaders and gets in the Town his best numbers, with almost 70 positive points. Second is Corrientes, with 65.2%. But the data that will surely leave the most according to Larreta is in the Buenos Aires province, where his rival rules (also for 2023?). There, the PRO leader rose 4.1 points compared to March and reached 64.8%, against the 43.5% of Governor K.

This difference -which has been manifested in other studies, although not so wide- perhaps is what explains that the Frente de Todos have chosen him as his political enemy. In particular, the tandem between Kicillof and Cristina + Máximo Kirchner.

The evolution of Larreta’s image, according to data from CB Consultora Opinion Pública. Comparison April – March.

Worst from the head of government comes in half a dozen northern provinces and saint Louis. There, its positive image is less than 50%, although it ends with a differential in favor (with a negative one that ranges between 25 and 34 points).

The best and worst of Kicillof

If the survey measured, as expected, the impact of the stance on school closings and restrictions in general, the balance for the governor is not good. It fell in 18 of the 24 provinces, including (perhaps most worryingly here) its own district.

Kicillof fell 6.2 points on Buenos Aires soil (from 49.7% positive to 43.5%) and that is why for the first time it was so low in the ranking of governors. Since this measurement began, in May of last year, the former Minister of Economy used to hover around half of the table.

The evolution of Kicillof’s image, according to data from CB Consultora Opinion Pública. Comparison April – March.

Asado, discussion and death in Mendoza: they accuse one of the accused and release his partner