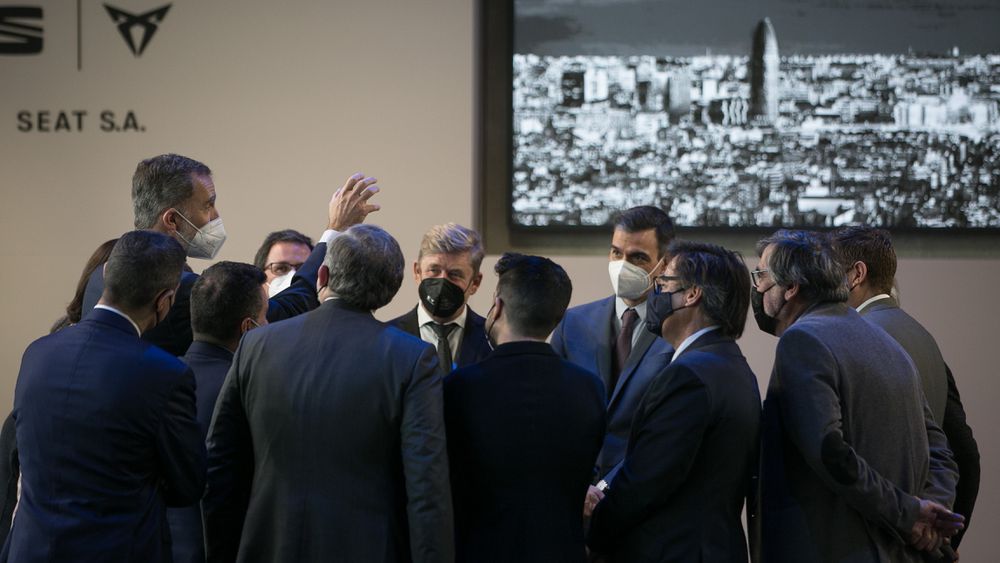 The construction of a battery factory in Spain, the first major industrial project that the Government plans to promote with the help of European funds, threatens to dust off a new territorial battle. Catalonia, Aragon, Extremadura, the Basque Country, Galicia and the Valencian Community have shown their interest in attracting an investment that could approach 2,000 million euros and generate hundreds of jobs. And a generic mention by the Minister of Industry, Reyes Maroto, that the plant could be built “near Martorell”, where the Seat factory is located, which has led the development of the project, generated a controversy that forced to clarify those words. Now the Industry Cabinet defends that the final decision will be made on “technical criteria to be established by the public-private consortium that is created.”

Sources familiar with the process assured months ago that the location, still in the air, would end up being decided by the technological partner that decided to promote the project and that it is still unknown. And that decision could depend so much on the incentives on the land or the proximity to the demanding battery plants. The creation of this mixed consortium, in which in addition to state participation there could be regional participation, can modify this decision-making capacity and enforce the governmental quality vote.

“I spoke last Friday in a conversation that was quite revealing and I resumed my enthusiasm for the project,” said last week the president of the Junta de Aragón, Francisco Javier Lambán, one of the regional leaders who expressed his discomfort at the possibility of that the investment in Barcelona had already been decided. Like Aragon, the Xunta de Galicia also regretted the decision and attacked the central Executive to set aside the “transparency, competitive competition and the launch of public calls” demanded by the European Union for the use of reactivation funds. The Government of Castilla y León, with the Palencia and Valladolid factories of Renault, calls for an effort to distribute the benefits of European funds and reduce the impact of emptied Spain. The hardest of all was the mayor of Cáceres: “That battery factory [supuestamente la de Martorell] it is not going to be nourished with lithium from the Sierra de la Mosca [cerca de la ciudad] because we are not going to allow a mining operation that conditions and sacrifices the future of an Extremaduran city, again, for the industrial development of other areas of the country ”.

The territorial struggle for significant projects is not new. At the beginning of the 2000s, Catalonia presented its candidacy to host the Eurocopter factory when the central government was betting on Madrid. And Madrid president Isabel Díaz Ayuso has not hesitated to make explicit her commitment to remove the headquarters of the Mobile World Congress, the most prestigious mobile technology fair in the world, installed in Barcelona. The origin of this struggle for the battery factory has its origin in a trip led by the Secretary of Industry, Raül Blanco, to China to look for possible Asian groups interested in manufacturing battery cells in Spain, the second largest European manufacturer and without one of those great facilities. Governments such as the Basque Country and Catalonia had already started that race separately.

The Government will build a battery factory together with Volkswagen, Seat and Iberdrola

The limits to state aid will condition European funds

“We have very solid foundations to house it [la planta] and above all, we have worked harder than anyone. We are going to be there fighting until the end ”, pointed out Lambán. Aragon is favored by its intermediate location between two factories (Martorell’s and Volkswagen’s Pamplona) that will be supplied from that first factory. The mayor of Vigo, Abel Caballero, explains that last week the Vigo Free Zone presented to Industry a manifesto of interest to attract this investment: “What we propose can be complementary to other projects.” Catalonia also opts, with the land still occupied by Nissan, but also with others in Tarragona and there is interest in mayors of the area where Seat is located to settle there.

In Extremadura, the Phi4tech group proposes an industrial battery project in the Badajoz Southwest European Logistics Platform, based on the lithium that Lithium Iberia will exploit in the Las Navas mine, in Cáceres, although its capacity is a maximum of 10 gigawatts , is lower than what a large automaker would supposedly demand. The regional government avoids controversy: “The Board’s position continues in the line of continuing to work intensely so that large projects that generate economic activity and employment can settle in the region by selling the benefits and logistical spaces that we have. But, until the moment, it is the policy of the Junta de Extremadura not to comment on possible business projects. “

Projects with a long time behind

Comunidad Valenciana has its own project under the umbrella of the Valencian Battery Alliance, in which it has been working for two years and is led by Power Electronics. In that case, the automotive partner would have to be Ford, the community’s large factory, although it is not integrated into the consortium and an investment of 2,000 million euros is expected, although it is not only thinking about the automotive industry: it is also considering producing batteries for train manufacturer Stadler and even for luxury yachts. “In Valencia the commitment to Seat is applauded and all the support is offered. If an electric car is manufactured in Spain, that will benefit us all ”, they point out from the Valencian Executive.

An alliance formed by Extremadura, the Basque Country, Navarra and Andalusia has presented another manifesto of interest that proposes the construction of a solid-state battery factory – a more efficient technology than those currently used – in the Basque Country. “We are not going to worry before we have the PERTE. We believe that our project fully fits with the whole mechanism ”, points out the Minister of Economic and Business Development of the Government of Navarra, Mikel Irujo, who aspires that the community host a facility to assemble the batteries in the packs that are finally assembled in the vehicles.