The FIFA initiatives complete the scene with 80 million views 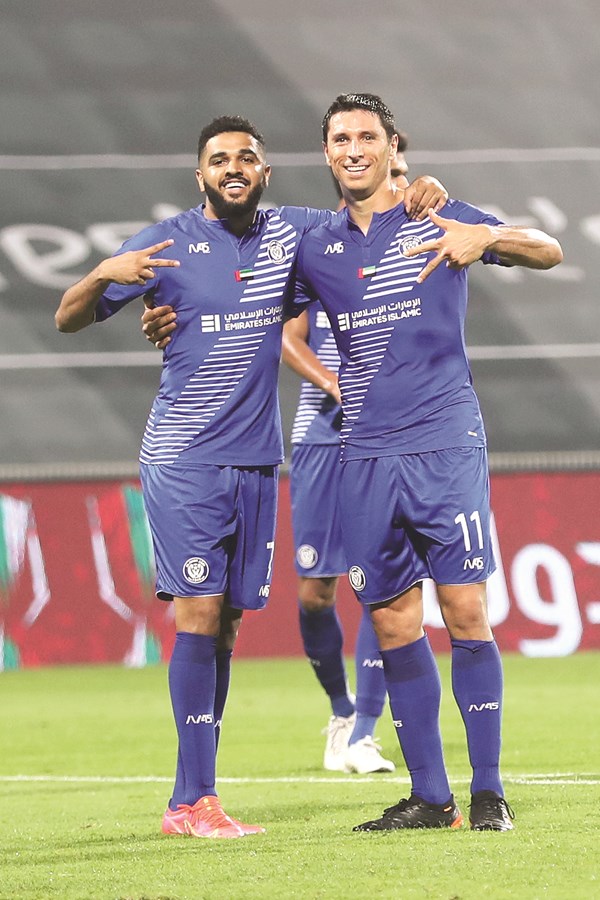 Dubai (Union)
Al-Nasr striker Tijali’s participation in his celebration of his third team’s goal in front of his rival Sharjah with his family, on the screen attached to Rashid Stadium, which hosted the match, embodied the success of the initiatives of the Football Association and the Competitions Committee in organizing the most expensive tournament, after the Federation provided giant screens in the two semi-final stadiums to show fans interaction with events The match, in the absence of the mass presence in the stands, due to the exceptional circumstances, and the application of precautionary measures and measures to preserve the safety of everyone.
The President’s Cup in the current season 2020-2021 is witnessing many innovative initiatives throughout the competition stages, starting with the entry of the official match ball via a “drone” plane, and “fireworks” celebrations after scoring goals.
Social media witnessed a great response from the fans to the two semi-final matches of the most expensive cup, and the tag “President’s Cup” achieved more than 80 million views around the world, after it was ranked second in the list of “Emirates Trend”.

David Cronenberg: “I firmly believe in the superiority of digital cinema”

Santander loses 8,771 million in 2020 due to writedowns and provisions in the face of the crisis