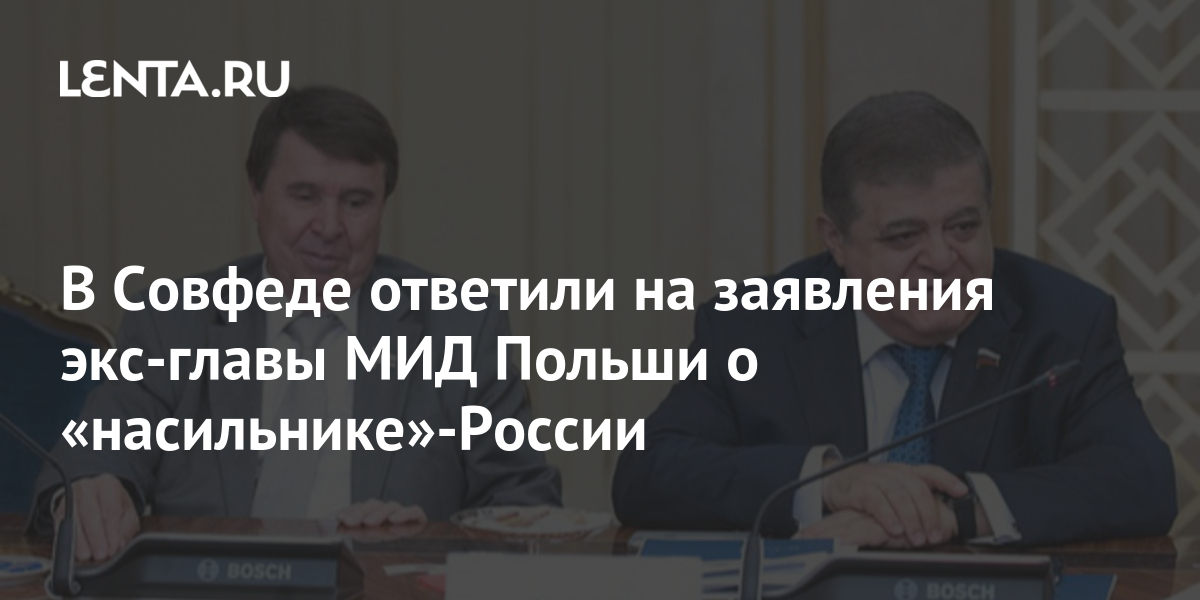 Poland and the Baltic states often want to make Russia responsible for their problems, as well as aggression in their direction, but Moscow did nothing of the kind, stated Federation Council members Vladimir Dzhabarov and Sergei Tsekov in a conversation with RBC.

This is how they responded to the statement of the former head of the Polish Ministry of Foreign Affairs and Member of the European Parliament Radoslaw Sikorski that the Russian Federation is a “serial rapist” for the ex-Warsaw Pact countries and the USSR.

“Sikorsky’s attitude to Russia is quite typical. Poland is trying to blame representatives of other states and other nationalities for its troubles, ”said Sergei Tsekov, a member of the Federation Council Committee on International Affairs. The senator noted that Poland blames not only Russia for its problems. In addition, the senator linked the country’s difficulties with the mistakes of politicians from the top leadership of the state.

A similar point of view was expressed by Vladimir Dzhabarov, First Deputy Chairman of the Federation Council Committee on International Affairs. According to him, Russia has liberated Poland more than once, the last time was in 1944-1945. In turn, Poland, as the senator added, has repeatedly assumed the role of a “rapist”, including when it occupied the Kremlin in 1612.

Earlier, analysts of the “Eurasian Strategies” agency of MGIMO in their annual report “International Threats” called on the Russian Federation to prepare for new provocations from the West this year. One of such provocations, according to experts, may be an attempt by Poland to disrupt the dialogue between Russia and the United States on strategic stability.

The Best Anti Titans Technique: A Skater Shone With Music By Shingeki no Kyojin | EarthGamer