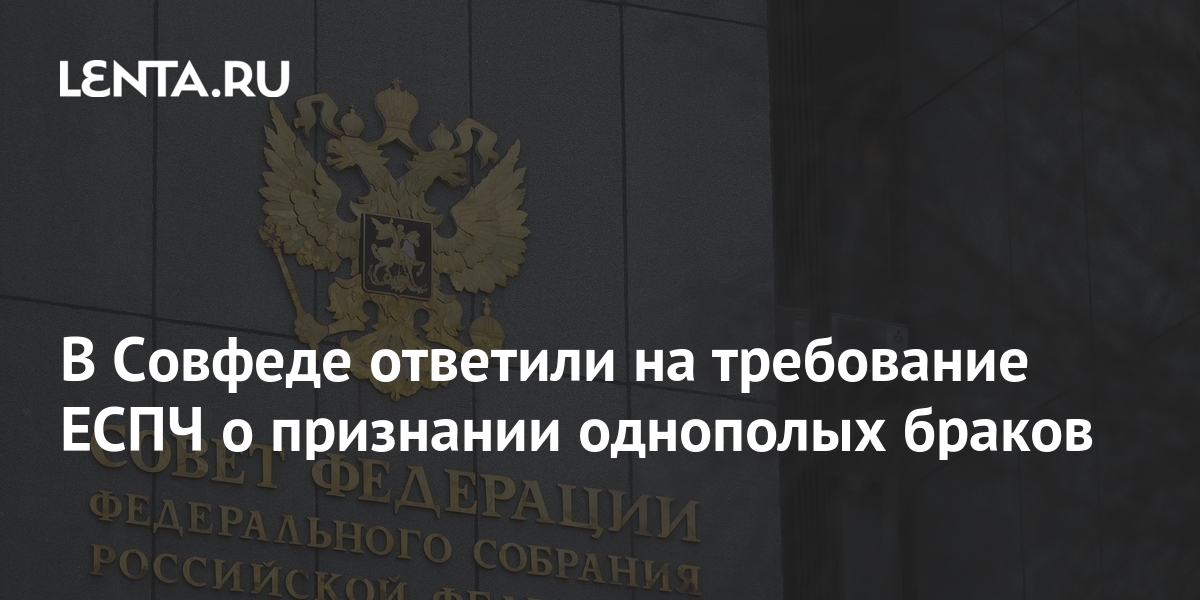 The Federation Council responded to the requirement of the European Court of Human Rights (ECHR) to recognize same-sex marriages. Senator Andrei Klishas said this in an interview with RIA News…

According to him, Russia is not obliged to fulfill this requirement, since such a right is enshrined in the constitution. The parliamentarian stressed that the ruling of the ECHR is actually aimed at legalizing same-sex marriage in Russia in violation of the provisions of its legislation. The issue of recognizing such marriages and creating the appropriate tools should be resolved based on the peculiarities of the cultural and historical development of the country and the consensus that has developed in society, the senator summed up.

Earlier, the presidential spokesman Dmitry Peskov said that it was impossible for Russia to recognize same-sex marriages, as it was contrary to the constitution. “According to our Constitution – it is impossible!” – said the representative of the Kremlin in response to a question about Russia’s compliance with the requirements of the ECHR.

On July 13, the European Court of Human Rights demanded that Russia introduce a legal procedure for recognizing same-sex family relationships. The decision notes that it is not necessary to call such a union a marriage, but same-sex couples in a relationship should have the same marital rights as opposite-sex couples.