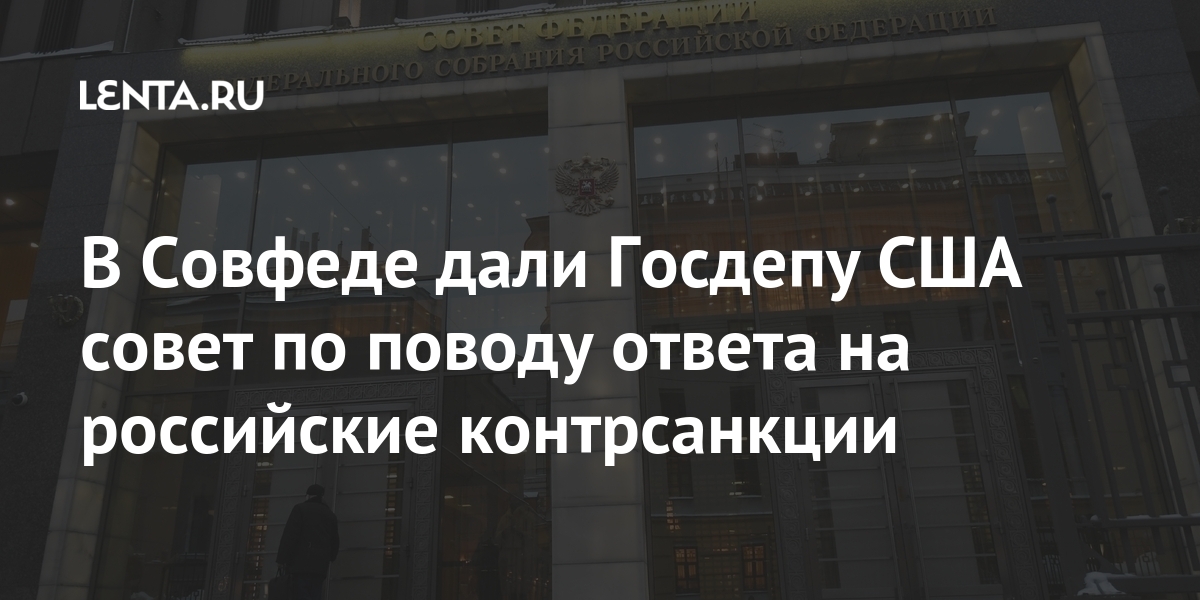 Senator Alexei Pushkov gave the US State Department advice on how to respond to Russian countermeasures. He wrote about this in his Twitter-account.

According to him, the State Department, which reserved the right to respond to this step of the Russian authorities, is better not to do this. A member of the Federation Council advised American diplomats to read the statement of US President Joe Biden about the desire for de-escalation. He also added that with such a development of events, the meeting with Russian leader Vladimir Putin, which Biden is planning, will definitely not take place.

“The US has already imposed sanctions. It is better for the State Department to pause and eat Twix, ”summed up Pushkov.

Earlier, the US State Department expressed regret over the counter-sanctions of Russia and recalled the right to respond to them. According to a spokesman for the foreign ministry, Moscow’s response to Washington’s restrictive measures “leads to escalation.” At the same time, he noted that the actions of the United States “were proportionate and appropriate.”

On April 16, the Russian Foreign Ministry published a list of retaliatory sanctions against the United States. Moscow will expel 10 American diplomats, take measures to end the hiring of Russian and third-country nationals to the US embassy or consulate general, and prohibit American diplomats from traveling outside their places of base.

Prior to this, US President Joe Biden signed a decree on the introduction of new sanctions against Russia. The restrictions affected individuals and legal entities. Among the reasons for their introduction are the allegedly hostile activity of Russia in the cyber sphere, interference in elections in the United States or other foreign countries.

La Uchulú excited after appearing on television: “Happy for the experience”

Walking War dog Kaarina saved Aulis Lintunen from death, but he has been in good shape with oatmeal, vitamins and exercise – 80 years ago he walked to the overthrow of Sweden at an all-time mass event