The Federal Reserve improves US growth forecasts to 6.5% after the pandemic exits 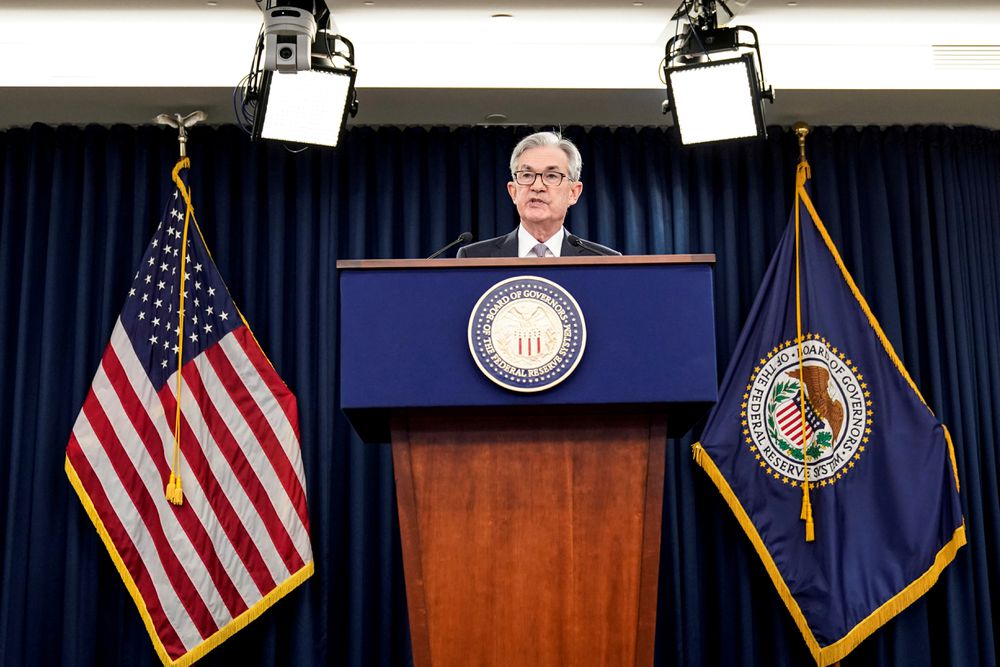 The US Federal Reserve (Fed) presented its economic projections for 2021 on Wednesday. After months of caution, the horizon of rapid recovery from the pandemic, thanks to the 1.9 trillion dollar stimulus plan of President Joe Biden and the The good rate of vaccination has led to cautious optimism in the institution, which has improved growth forecasts for a country where consumption is already at a similar level to that before the pandemic: GDP will expand 6.5% in 2021. The main risk hanging over the second largest economy in the world is now inflation.

After a year with the price of money frozen around 0% and a massive purchase of assets, the main question was to find out if the Fed kept the automatic pilot of the emergency on the straight out of the crisis, or reacted to the stimulus signals from the real economy, raising interest rates and reducing bond purchases. The incipient bonanza in any case augured difficult decisions that Jerome Powell, Fed Chairman, cleared by announcing that interest rates will remain at a minimum (the reference rate remains in the range between 0% and 0.25%), although growth and inflation increase in the short term.

Compared to the latest macroeconomic forecasts of the institution, in December, consisting of growth of 4.2% this year, with underlying inflation of 1.8% and an unemployment rate of 5%, the central bank forecasts for this year , in addition to the more pronounced growth, a lower unemployment rate, 4.5%, and slightly higher inflation (2.4%, four tenths above what Powell had been holding for months), without changes in the projections for 2022 and 2023.

The fear of a rebound in inflation, due to the foreseeable boom consumption in spring and summer, when theoretically the majority of the American population will be vaccinated – almost 2.5 million doses are administered a day -, raised the doubts of most analysts. “Some economists have warned that an excess of stimulus could cause an overload of the economy. These have even alluded to the growing risks that inflation will return to levels not seen since the 1970s, which could force the Fed to raise rates much earlier than many expect, perhaps as early as next year. However, we at PIMCO believe that the practical risks of a 1970s-style inflation episode are relatively low, even if the magnitude of spending is large compared to the current size of the output gap. Most importantly, therefore, focusing excessively on inflation concerns can overlook financial stability issues that are more likely to affect markets, ”said Tiffany Wilding, an economist at US investment firm PIMCO. .

For a year, after the declaration of the pandemic and the almost total closure of economic activity, the Fed has kept the US economy alive thanks to the artificial respirator that has involved the monthly purchase of 120,000 million in Treasury bonds and loans home equity, a policy that has kept credit cheap and helped the economy weather the onslaught of a virus that has destroyed 10 million jobs. Throughout 2020, those responsible have reiterated that they will continue at that rate until they see “substantial” economic progress, so a more precise definition of how much and when is considered “substantial” was also expected from the meeting. It does not seem likely to expect changes, at least in the short and medium term.

The yield on 10-year Treasuries last week exceeded 1.60%, and this Wednesday soared to 1.67%, its highest level since February 2020. Wall Street stocks followed the decline in prices. bond prices, led by the technology sector. The S&P 500 was 0.4% lower in New York, while the Nasdaq technology sank more than 1% at the opening of the session on Wednesday. After the Fed’s 2021 roadmap was announced, both indices cut losses.