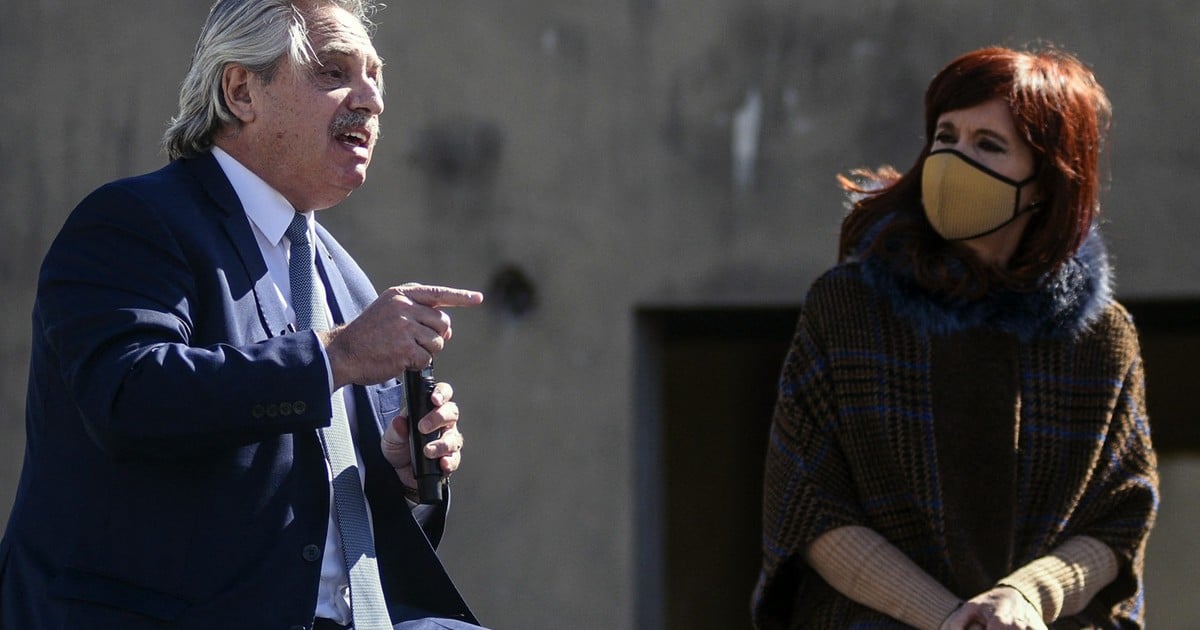 “I offer my services”Says Alejandro. Masonry, blacksmithing, painting, roof waterproofing, water and sewer connections. Alejandro is a member of a barter club that communicates on Facebook. His situation is so dramatic that he no longer offers work in exchange for money, but simply for a bag with food. This phenomenon has been expanding in the deep suburbs since the first months of the pandemic, when the stoppage of activity made precarious jobs disappear, first, and trades later. “I exchange for food a men’s jacket size L, in good condition,” writes Sandra, from Monte Grande. “Change for yerba or powdered milk”, offers Claudia, by Florencio Varela, and publishes photos with a set of creams and makeup. Neighbors trade bicycles, toys, or small appliances.

The situation worsened in recent months, despite the reopening of shops. The neighborhood militants and priests with a presence in the villages describe that in some families it would even seem that there is nothing left to sellThat is why it is very common for them to cross General Paz to ring the bell in search of clothes or “something to give.” Whatever. Nothing is discarded because someone may be interested. There are thousands of stories.

“Girls, I offer my hairstyling services for parties in exchange for merchandise. Any query does not bother ”, writes Laura. “Hello girls, I do straightening. Some of them already know me, I work at home, I leave them photos of my work ”, Erica proposes. How much is Erica’s job worth? “I do it for five products”She says in her account, and she writes a list herself so that those interested can choose between oil, sugar, rice, tomato puree, noodles, flour, salt, eggs, sausages and butter.

Desperation for food grows in step with falling employment rates and rising poverty in Cristina’s stronghold. The government took note as soon as the economy closed to prioritize health policy. The social movements that are based in the poorest areas then alerted the President: “Without food, this explodes”. Daniel Arroyo, the Minister of Social Development, quickly raised the items to the dining rooms. The 10 thousand rooms that are distributed in the country went from hosting 8 million people to receiving 11 million.

It was expected that the figure would return to normal – if such an exasperating picture can be called that – as the months go by. I do not pass. It dropped to 10 million at the beginning of the year, but since four months ago the needle did not move. And the price of food, which rises above average inflation, threatens – even – to increase the number again.

That cocktail of unemployment and the search for food shakes Cristina’s power project. “Stick to the heart of the story”are assumed by those who work for the vice president. “Our voters do not bank this“Says a leader of the Christian kidney. Kirchnerist Peronism enters a cone of shadows towards the elections in the province of Buenos Aires. The central fight will be with the PRO and the UCR, but there are sectors that could harm it. Florencio Randazzo, on the one hand.

The left, on the other. His referents are working to snatch voters disenchanted with the adjustment. That front of self-proclaimed revolutionary parties – which days ago launched Nicolás del Caño and Romina Del Plá – aspires to contest third place and could complicate the official strategy if the contest against Juntos por el Cambio becomes close. An image: on July 9, the Polo Obrero -the piquetero arm of the Partido Obrero- held an act in González Catán, La Matanza, where the PJ is usually the only religion and where, each time the polls are opened, the distance between the ruling party and the opposition is overwhelming. “In another era we would have been fired for left-handed, now people listen to us”, States Eduardo Belliboni.

Inflation assists another lethal blow. Follow his pace at very high levels. The June data that was released this week (3.2%) and the accumulated figure for 2021 (25.3%) destroyed the prophecies of Martín Guzmán, who, even when the Indec revealed bad news in the first months of the year, maintained that he was going to meet the 29% goal.

The Minister of Economy is concerned about price increases, but his state of alert has radically mutated towards the dollar. The reinforcement of the stocks and the jumps of the blue shake his team. Also to the president of the Central Bank, Miguel Ángel Pesce, with whom Guzmán has exchanged some calls for concern in the last ten days. That a psychological barrier is crossed and that eventually there are Argentines willing to pay 200 pesos for a dollar is a ghost that grows gigantic.

That arm wrestling, which the minister managed to win at the end of October last year – when the US currency touched 198 pesos – would now require an agreement with the IMF for him. Guzmán believes that this will be essential for free the market from tensions. This is how he transmits it to Alberto, but the first president runs into Cristina’s intransigence and now also that of Máximo Kirchner, who sends him challenging messages from his congressional bench.

The vice and her son assure that the 10-year debt cannot be renegotiated, as the Fund’s technicians want. “You have to take it to 20”they insist. Guzmán escapes controversy when he talks to journalists, but comments privately that Cristina and Máximo’s guidelines could aggravate the situation of the markets at the gates of the elections. The difference in criteria with the former president is profound. Cristina has him on the list of enemies and possible spare parts.

“The fear of Martín is that the dollar continues to jump and that, precisely, the electoral strategy that Cristina draws up is put at risk,” say those who work alongside him. This is: Guzmán wants a quick agreement that, although it is not signed before the elections, can be whitening to reassure the markets.

Cristina prefers to focus on other emergencies. He already said that the agenda cannot be set by the IMF. He is pressing for the Government to launch consumer plans, for the joint ventures to be reopened and, at the request of Axel Kicillof, he hopes that Fernández will exercise a tougher pricing policy. The Evita Movement and the Juan Grabois group are working on a project so that social organizations have new income with guaranteed work. Kicillof is fearful of the economic situation. This week it announced that it was advancing the quota of the parity of the state ones. It will force private companies to do the same.

Tensions in the ruling party and criticism of the economy excite the opposition. For the first time, Horacio Rodríguez Larreta has begun to say in privacy that you can win in the Province. The head of government feels liberated from Mauricio Macri and now he is going for Cristina. He is encouraged, despite the risks ahead. The closures in the city and in Buenos Aires left him within a shot of his goal of emerging as the sole leader of the opposition.

Those closures, however, left injuries. Although they smile for the photos and do not tell the whole truth, several of his allies question him that he has gone “for everything.” They continue without forgiving the jump of María Eugenia Vidal, who, for the hard sector of the PRO, stopped being a “lioness” to become “a kitten.” They also blame him, as Jorge Macri said even before closing a deal with the mayor, that a Buenos Aires man like Diego Santilli is his Buenos Aires candidate. It is known: if it goes well, everything will be an anecdote. If it goes wrong, an internal hurricane will come after him.

Among the last angry with Larreta emerges Facundo Manes, Santilli’s rival. The neurologist and his environment believe that larrheism seeks to harm him almost daily. “They operate it”They say. Someone who does not work for Manes, but who values ​​his commitment asked to be sent a message on his behalf. With love and mercy: “Welcome to the jungle, Facundo.”