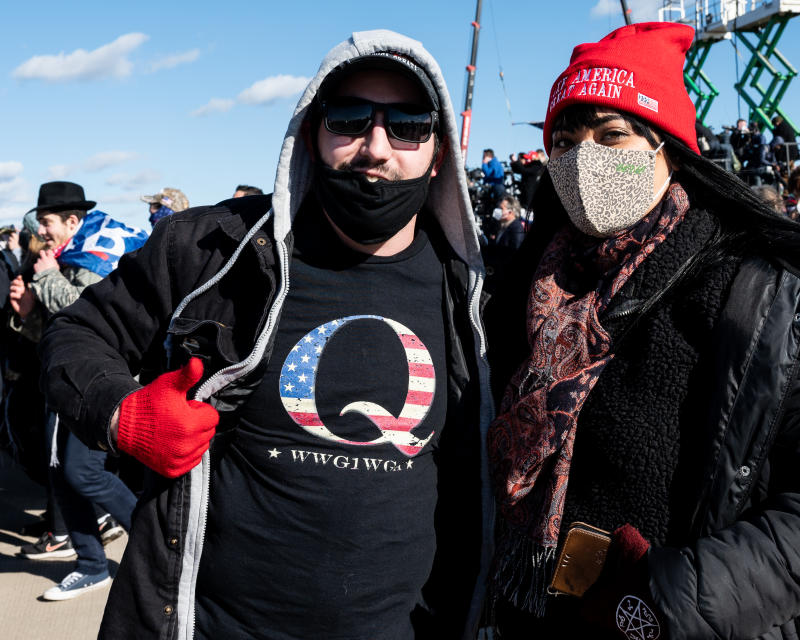 Activist with the QAnon symbol on his shirt

The FBI believes QAnon adherents pose a threat to the United States, as they are likely to organize forms of violent uprising against the Joe Biden administration.

This was revealed by the Democratic Senator Martin Heinrich, who published the report sent to him in response to his request for investigations on the conspiracy group. The document also shows the possibility that QAnon organize attacks on Democrats or other political rivals: while some members have disassociated themselves from the movement, "others are likely to begin to convince themselves that they are forced to make a transition from 'digital soldiers' to real-world engagement, with actual violence ".

Many of the exponents of QAnon support the theory that Joe Biden would not have beaten Donald Trump in regular elections, but he would have benefited from a "conspiracy of the strong powers". Others even go so far as to theorize the existence of a "Deep State" formed by Satainists and pedophiles, releasing very serious accusations - without the slightest proof - which in the past had also been addressed to Hilary Clinton (but also a Madonna, Tom Hanks, Celine Dion is Bill Gates, associated for who knows what reasons).

Members of QAnon, defined by Trump "People who love our country" were involved in the attack on Capitol Hill on January 6, in which there were five deaths and over 400 arrests, for damages amounting to approximately 1.5 million dollars. An episode that, according to the secret agents of the stars and stripes intelligence, could have a sequel.