The fate of Munich, Bilbao and Dublin to host Euro 2020 is determined April 23 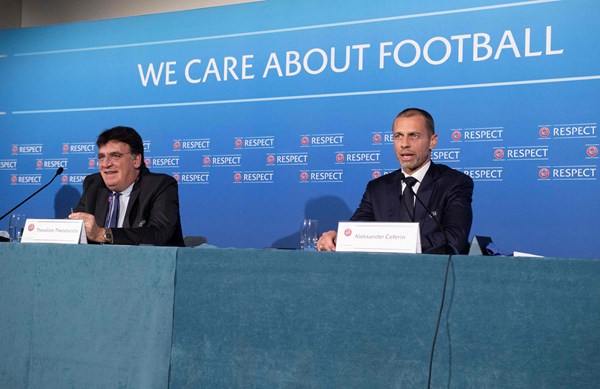 Lausanne (Reuters)
UEFA said that it will make a final decision on whether Munich, Bilbao and Dublin will continue to host matches in the European Championships next Friday, after these cities failed to provide guarantees to allow fans to attend the stadiums.

UEFA called on 12 cities hosting the tournament to determine their plans for the attendance of fans by the beginning of April, and the other nine cities pledged to allow a crowd of attendance ranging from 25% to the full capacity of the stadium.

But Dublin and Bilbao failed to pledge to allow the attendance of at least some fans, while the mayor of Munich did not rule out banning fans from attending matches due to the rates of infection with the Corona virus, and the measures taken by the authorities to limit the spread of the epidemic in Bavaria. UEFA said in a statement: Several options have been presented to the Executive Committee regarding the matches scheduled to be held in Bilbao, Dublin and Munich, as those cities have not yet confirmed their ability to allow fans to attend the matches. Therefore, the committee mandated the UEFA officials to make a final decision at a video conference on Friday.