The famine of the Army warns of the sinking of Lebanon 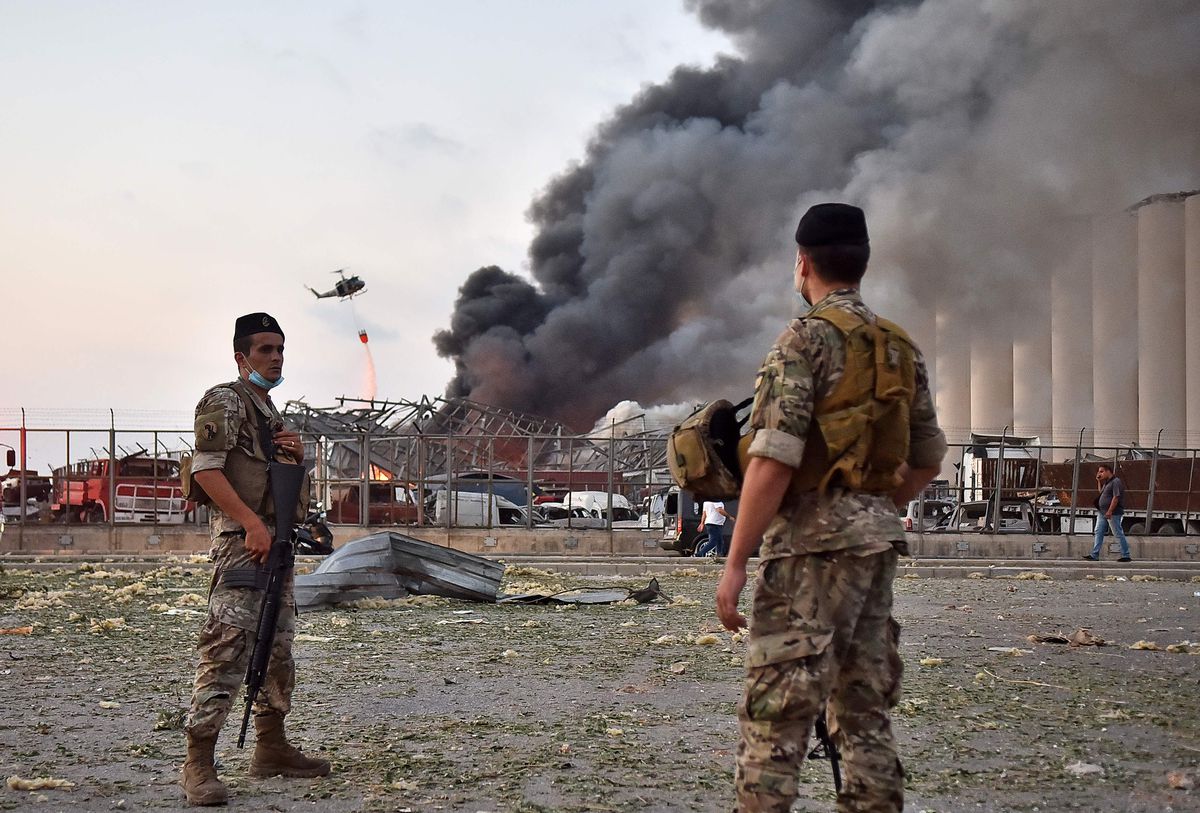 Milk, flour, medicine, fuel, spare parts … This is the list of the Lebanese Army in the international appeal It has launched in order to feed and maintain its troops, after the economic and political crisis that has befallen the Eastern Mediterranean country has exhausted its budgets. The only institution shared by all citizens, the Armed Forces constitute the common pillar that still supports a fractured society where 18 religious groups coexist. More than 3,000 soldiers, of the 80,000 that he counts in his ranks, have left the barracks since the beginning of the year due to salary cuts derived from the devaluation of the pound, a currency that has depreciated by 90% against the dollar, and of an inflation of 200% registered in the last two years.

Soldiers are not the only ones to face hardships in Lebanon, where more than half the population is below the poverty line, according to the UN. The explosion that devastated the port of the capital Beirut in August 2020 “has accelerated the crisis; and the pandemic has aggravated the humanitarian situation ”, states a report presented by Najat Rochdi, Coordinator of humanitarian aid for Lebanon of the United Nations.

A score of countries have pledged to help the Lebanese Army in a donor conference organized on Thursday by France, the former colonial power, reports the agency France Presse (AFP). The French Defense Minister, Florence Parly, stressed that the role of the Armed Forces is “essential for the stability and security of the country.” In the telematic meeting – in which the United States, Russia, China and several states of the EU and the Gulf participated, among others – the amount of the contributions was not specified.

“The soldiers are hungry and their rations have been cut, as happens to many citizens,” the head of the Lebanese Armed Forces, General Joseph Aoun, had already anticipated in a message to the authorities, who also openly criticized the class. policy, according to the information of the British channel BBC. “I am willing to go to the end of the world so that the troops can continue to be at their post,” the top military chief warned last week before making the appeal to international donors. The United States had already announced its willingness to contribute 120 million dollars (about 100 million euros) to support the Lebanese Army, the only effective counter-power to the well-equipped pro-Iranian Hezbollah militias.

“A ship in the middle of a storm needs a captain and a crew to function; if not, it sinks “

Troop morale is declining and the military is fleeing the most dangerous destinations, according to conversations between officers and soldiers reported in the Lebanese press that reflect the bankruptcy of the Army. The average salary of a soldier is around 675 euros per month, according to the official exchange rate. However, the devaluation of the Lebanese pound has reduced its purchasing power to one tenth, according to the black market exchange rates that govern the real price of the currency. This situation also affects hundreds of thousands of Syrian and Palestinian refugees settled in Lebanon who receive help from international organizations.

The World Bank has pointed out that Lebanon is experiencing its worst economic crisis and one of the most serious on a global scale since the 19th century. The collapse of the Gross Domestic Product (GDP) reached 20.3% in 2020, accumulated with the fall of 6.7% already registered in 2019. The projection of the international financial organization for this year points to another cut of 9.5% of GDP. The once thriving Lebanese bank has also entered a serious crisis, and more than 3,000 employees of financial institutions lost their jobs last year. The bank maintains citizens’ currency accounts, but the Government has in fact imposed a playpen (a capital control) that prevents them from withdrawing their funds in dollars or euros.

In this climate of economic decomposition – with drivers stuck in queues for miles to refuel – the head of European Union diplomacy, Josep Borrell, visited Beirut last weekend, where he blamed the struggle between political leaders for the institutional blockade of the country. “The country is mired in an economic crisis and needs to have a government that complies with the guidelines of the International Monetary Fund,” warned Borrell, quoted by Reuters. “A ship in the middle of a storm needs a captain and a crew to function; if not, it sinks ”, he added.

Sunni leader Saad Hariri, appointed prime minister in October, has yet to form a government because of his confrontation with the country’s president, the Christian Michel Aoun. Following the resignation of Prime Minister Hassan Diab after the devastating Beirut port explosion, Lebanon has remained without an executive for more than 10 months. The sectarian disputes between the different religious-based communities, among which the Shiites and the Druze also stand out, and the complex model of power sharing established after the civil war that bled the country from 1975 to 1990 have now made governance unfeasible.

If a technical government with broad parliamentary support is not formed to implement the urgent political and economic reforms needed and tackle misgovernance and corruption, Borrell pointed out in the Lebanese capital, there will be no international aid. Last year the EU contributed more than 330 million euros to aid programs in Lebanon. “The sanctions [a los líderes que bloqueen el proceso] they are a possibility (…) we would prefer not to have to resort to them, but neither can we continue like this ”, concluded the high representative of the EU.

Mallorca beats a Third on the horn