The families of the victims: “It was a foretold tragedy. Those of us who used that line, we did it with fear “ 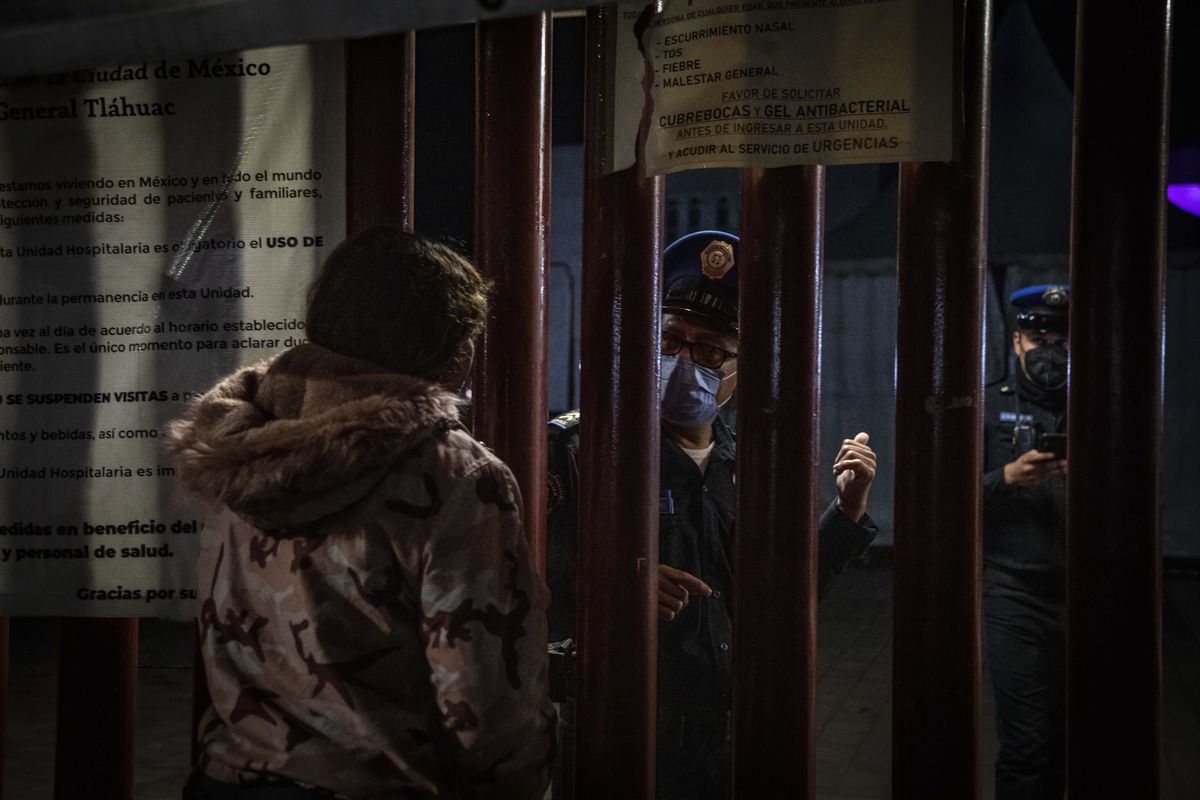 Amid despair and indignation, the relatives of the survivors of the accident on Line 12 of the subway continued this Tuesday morning looking for answers to a tragedy that has hit mainly working families in the southeast of Mexico City. While 24 of them mourn their dead or search for their disappeared – only 22 of the fatal victims have been identified – the relatives of the more than 70 injured have spent the entire day on a pilgrimage through hospitals accompanying their loved ones. Feelings of outrage over a tragedy that they believe could have been avoided and despair because their loved ones are offered the best possible treatment to help them survive clouded the day of mourning in the capital. The Metro has announced insurance to cover hospital and health expenses.

Few relatives waited this Tuesday morning at the gates of the Belisario Domínguez hospital, in the Iztapalapa mayor’s office, where a dozen wounded arrived on Monday night. Those who were able to enter were waiting to hear about the state of theirs. Those outside clung to the gate and waited for news, phone in hand, to quickly answer any call. 12 hours after the accident, they criticized the “negligence” and the lack of information. “Here we are with you,” shouted a woman from the sidewalk. A relative approached from within to speak with those who were waiting outside and those around him asked respect for the press that crowds over the relatives.

Daniel Hernández, a 28-year-old construction worker, got on the subway after 10pm on Monday at the Tezonco station. He had come from visiting his girlfriend and was heading home, at the last station on Line 12, Tláhuac, when a crash was heard and the bridge collapsed at Olivos station. His relatives tried to contact him when they learned of the accident and another person answered Daniel’s phone. The young man had been found in the rubble and transferred in critical condition. “It was a bit of a mess to find him,” explained hours later his cousin, José Manuel Zapata, who had been waiting at the Belisario Domínguez hospital since 11 pm the day before.

Daniel’s relatives received the medical report at four in the morning and the doctors explained that they would have to transfer him to the Xoco hospital. Five hours later, after 9 a.m., the wounded man was still there. “It is negligence,” criticized his cousin. “As they are treating him, I don’t think he will get out of this,” he lamented. Daniel’s father, who was waiting inside the facilities with his wife and his son’s girlfriend, approached the entrance of the Belisario Domínguez hospital to speak to the press and demand assistance. “Nobody does anything. The doctors tell us that they have to transfer him, the ambulance comes and leaves … Not even the prosecutors do anything, ”complained the man behind a fence at the health institution. “They already performed operations on him, they already took blood from his lungs, but they don’t give us any information,” explained Daniel’s father. “He is dying in there.”

At 10:30 a.m., the doctors took Daniel out on a stretcher to take him by helicopter to the Balbuena hospital. His parents have come to the stretcher. “It is not possible that we have been more than seven minutes and the patient is out here,” complained one of Daniel’s relatives, who was watching the transfer from a distance. “Every minute that passes his life is more at risk,” he said and pointed out against the authorities and the hospital: “If something happens to him, they are responsible.”

Meanwhile, some families continued their pilgrimage on Tuesday in search of news of their loved ones. José María Bautista, father of Mario Alberto, a 25-year-old computer engineer, was desperately looking for his son this morning. The young man was returning from work in one of the crashed wagons. “We called Locatel, but it is saturated. They gave me lists with the names of the internees, but it is not there. That’s why this morning we came to Semefo [Servicio Médico Forense] from Iztapalapa, we wanted to rule out that he was here, ”he told EL PAÍS. The family spent more than 12 hours without news, until in the afternoon the name of the young man appeared on the list of fatalities published by the city government.

In the midst of the uncertainty, Bautista sought explanations for the tragedy. “This is Marcelo Ebrard’s fault. He was responsible for this work, ”he said on Monday night when he was looking for his son at the Belisario Domínguez hospital. “Those of us who used that line, we did it with fear. It was a foretold tragedy, “he said, referring to complaints from neighbors about the deterioration of the infrastructure and the lack of action by the authorities.

Another name that has appeared on the official list of the deceased has been that of José Juan Galindo Soto, 40, who was in his car when the bridge collapsed on top of him. His family desperately begged on Monday night to be allowed access to the area of ​​the tragedy, because they saw the crushed vehicle from the perimeter placed by the police. “I am going to file a lawsuit,” said the father to the press, who assured that those responsible for the death of his son will be brought to the last consequences.