The failures of the “forbidden to fire” 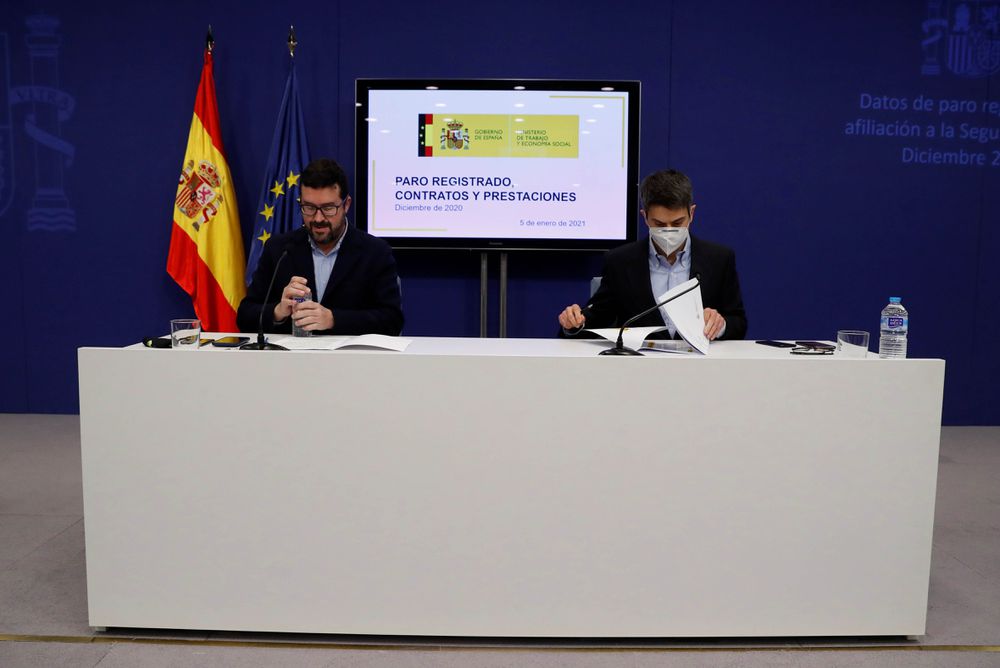 The social dialogue table has given the green light this week to the extension of ERTEs derived from covid-19 until next May 31. The agreement includes the extension of what is known as “forbidden to fire,” an instrument configured by the Government to contain the job destruction caused by the pandemic and which has sparked debate among judges. In fact, since it was approved in March, the provision has been the subject of more than twenty judgments that follow at least three different judicial interpretations, although although most declare the dismissals unfair (whether with extra compensation or not), This reflects the division of opinions within the Spanish justice system. The positions of the judges range from the validation of the dismissal to the declaration of nullity.

The “forbidden to fire” is included in Royal Decree Law 9/2020. Specifically, article 2 of this rule restricts all dismissals motivated by force majeure or economic causes related to Sars Cov-2. However, the consequences of a possible breach of this obligation are not established. That is, it does not determine if the expulsions would be null or if, on the contrary, they can be settled by paying the worker some type of compensation (as resolved with unfair dismissal).

The question is relevant considering that, in the last ten months, 370,000 jobs have been destroyed, according to data from the Labor Force Survey (EPA). Miguel Albasanz, from the Mas y Calvet Law Firm, attributes these figures “to the high temporality that affects the labor market”, although he acknowledges that “there have also been many contracts that have been terminated earlier than expected” due to the sharp fall in the economy. A considerable number of these dismissals have been prosecuted and the response of the courts is not being entirely unanimous.

Eduardo Rojo, professor of Labor Law at the University of Barcelona, ​​places the origin of the jurisprudential differences in the legal uncertainty. Despite this, he is convinced that “the effect desired by those who drafted the rule was nullity.”

This was also estimated by the judge of the Social Court Number 6 of Sabadell who, this past summer, sentenced a company to reinstate and pay all processing wages to a worker who was fired after declaring the first state of alarm. And all this to understand that the company should have chosen to include women in an ERTE instead of dispensing with them when orders and income began to decrease, as a result of the restriction measures.

It has not been the only judicial blow to a company for overcoming the veto. Already in September, a judge in Barcelona forced a coworking company to pay 60,000 euros to an office manager who terminated the contract in full confinement, given the advance of teleworking. The magistrate considered, in this case, the inadmissibility of the dismissal, which entails compensation of 33 to 45 days per year worked. But, in addition, it imposed an “extra” compensation considering that the management adopted the measure knowing that the man had been at the firm for a short time and his dismissal would not entail a great cost (4,500 euros).

The company’s lawyer Miguel Albasanz, a partner at Ejaso ETL Global, confirms that he has appealed the decision because, from his point of view, “it generates great legal uncertainty and may mean the end of the assessed dismissal.” For her part, Monste Arcos, a lawyer for the CC OO union that represents the worker, has also challenged the ruling, but for different reasons. “We believe that the consequence of any dismissal motivated by the covid has to be nullity,” he says.

These restrictive interpretations of article 2 of RDL 9/2020 contrast with the vision of another judge in Barcelona who, at the end of the year, did admit covid as a cause for objective dismissal. According to the ruling, the norm approved by the Executive contravenes the freedom of business proclaimed in the European Charter of Fundamental Rights and, therefore, the possibility of terminating contracts for economic reasons continues, provided that the employee receives a compensation of 20 days for year worked.

José María Fernández Mota, director of the Labor Area of ​​MA Abogados, describes the magistrate’s arguments as “brave and logical”, but at the same time he calls them dangerous “because they imply leaving aside the Spanish regulations to apply the European ones, which is a lot more generic ”. In that sense, it affirms that it is a “minority position” that has little prospect of prospering.

Most of the sentences on dismissals caused by the pandemic favor inadmissibility. The last one is the one dictated by the Superior Court of Justice (TSJ) of Madrid, which classifies the dismissal of 29 workers from a service company as “not in accordance with the law”, although it does not declare it illegal.

For Adrián Todolí, professor of labor law at the University of Valencia, the position of the Madrid Supreme Court is the closest to the jurisprudential line maintained by the Supreme Court, which has influenced on numerous occasions that an unjustified dismissal does not lead to nullity but simply a higher financial outlay.

Even so, Todolí insists that the doctrine on the new restriction has not yet been unified by the High Court, “which may take at least two years to pronounce.” Until then, he does not rule out that “we continue to see rulings that address different judicial sensitivities.”

In a symposium in Ras Al-Khaimah … “The Probe of Hope,” The Journey of the Impossible