The failures of La Gola 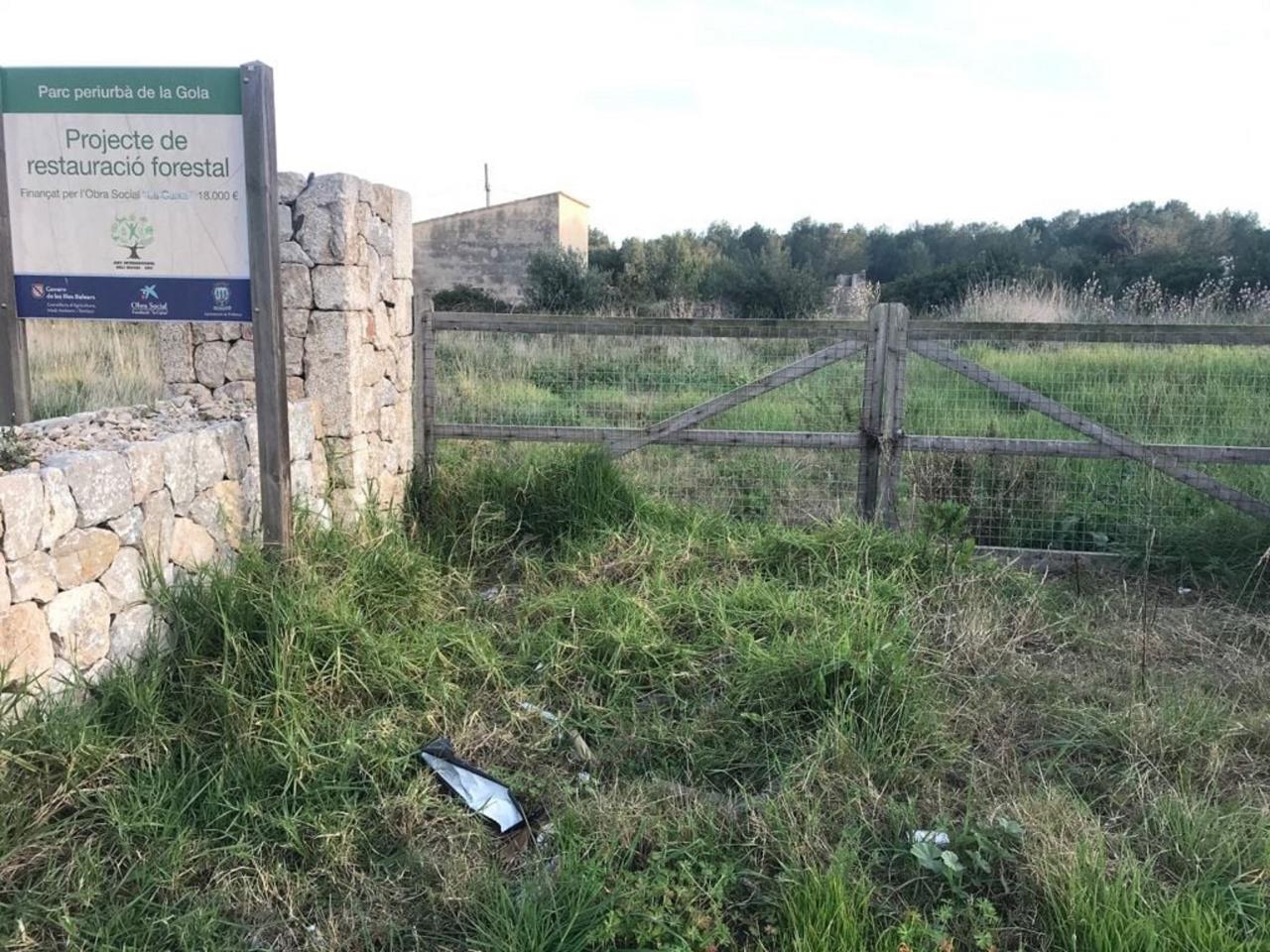 This was the amount that was to be ploughed into making La Gola in Puerto Pollensa presentable, and the invention coincided with a visit to the “maritime and land park” of La Gola, sometimes referred to as the green lung of Puerto Pollensa, in October that year by environment ministry and town hall representatives; Joan Cerdà of the defunct Unió Mallorquina was the mayor.

Work had actually started in 2007.

This followed fifteen years of negotiations and over twenty demands officially made by residents of the area.

To say that things had taken their time would be an understatement. By October 2009, when a purpose of the visit by then environment minister, Miquel Àngel Grimalt, was to lay the first stone for the new car park, efforts had been made in improving the quality of the water and in putting up the information center.

The second phase, demanding of the “lagola”, was to now get under way.

Some months later, I had cause to further define “Lagola”.

This was perhaps slightly unfair, but it was indicative of what has been a saga that has endured ever since. Investment has been made, and yet La Gola stubbornly manages to periodically resurface because someone is complaining about the degradation.

This is because, to be blunt, the management has been deficient. This applies to both water and land. Contamination, “Botellon” drinking parties, general lack
of attention; the complaints are familiar ones.

Last week, I highlighted a visit that was made by the Council of Mallorca. This coincided with another bout of complaints, and so the regrettable timing of the Council’s visit may well have been what prompted Higher Cifre to earlier this week demand “co-management” in order to tackle the “serious deterioration” of the park.

It is in a state of “genuine abandonment”, with rubbish, rats and filth. A fall in the sea level has exposed various items of waste, such as supermarket trolleys. There is a risk of fire, argues Tomeu Cifre.

Catalina Cladera and others from the Council of Mallorca had gone to La Gola because it is a feature of Pollensa’s tourism offer.

The Council doesn’t have any responsibilities for the park. There are three institutions which do – Pollensa town hall, the Ibanat agency (part of the environment agency) and the Costas Authority.

Where the first two are concerned, as I noted last week, there is an agreement on management; or there is meant to be anyway.

It was surprising to hear the major call for co-management when the principle, if not necessarily the practice, already exists. After several years of clear mismanagement, an agreement was struck in 2015.

However, the mayor said earlier this week that the sole municipal responsibility is for the information center. In respect of the general environment, “we can’t undertake a single action of improvement”, I have stated.

The opposition Junts Avançam have begged to differ. The town hall is responsible for surveillance and for the removal of urban waste.

Such contrasting opinion leads one to the possible conclusion that the agreement of 2015 wasn’t as specific or as binding as it might have been.

Where Cipher is concerned, it obviously wasn’t. Otherwise, why would he now be calling for a co-management deal with Ibanat and the Costas?

A further opposition view is that the mayor’s call is related to a desire to create another car parking area. While this would remain natural, ie not surfaced in some way, the opposition reject the idea completely.

The latest row speaks yet again to the apparent failures regarding La Gola; failures that have existed for too long. They need to get it sorted out. La Gola is a space that deserves better. Puerto Pollensa deserves better.

Cuttlefish is off !: Alcudia's sepia fair

Lucas Díaz saves Racing from the catastrophe of its defense