The extraordinary 3,000-year-old Turkish shrine that could reveal secrets of the universe 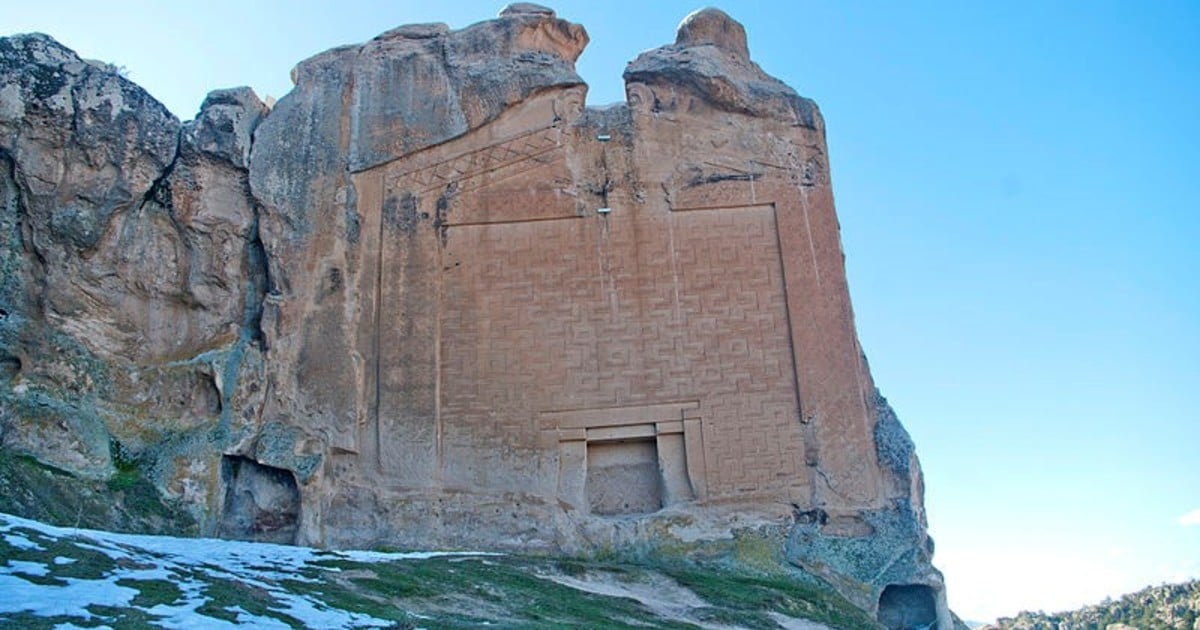 The Yazilikaya shrine built more than 3,000 years ago in present-day Turkey could, according to a recent scientific interpretation, be a symbolic representation of the cosmos and reveal various secrets.

Recent studies suggest that the elite of Hittite society, an empire that dominated what is now Turkey between 1700 and 1100 BC. until its destruction, built the sanctuary of Yazilikaya to capture their ideas about the organization of the universe.

Yazilikaya it contains many images in relief on the rock, and the researchers behind the new interpretation argue that they have various symbolic meanings.

Many of these symbols are related to the underworld, earth and sky, as well as with the cycles of nature, such as the seasons.

Yazilikaya. It would have a particular interpretation of life and the cycles of the universe. Photo / Archive

What Scientists Say About the Turkish Yazilikaya Shrine

“There are many connotations with the names of the deities and the arrangements and groups, so, in hindsight it’s pretty easy to understand“explained Eberhard Zangger, president of Luwian Studies, an international non-profit foundation, who has been working on the site for seven years.

Yazilikaya It is an open-air shrine and was one of the most important places in the Hittite Empire. The remains of the Hittite capital Ḫattuša lie near the modern town of Boğazkale in central Turkey.

On Yazılıkaya, the Hittites carved and modified natural rock outcrops to create two roofless spaces, decorated with relief images of their deities. They used the place for centuries and its present form dates back to around 1230 BC..

Yazilikaya. The sanctuary was used for the New Years holidays. Photo / file

What image of the universe does the Yazilikaya shrine convey

It is not clear why the Hittites built Yazılıkaya or what they used it for. Many ideas have been proposed: for example, that uno of the spaces was used in New Years ceremonies, and that the other was a mausoleum for a Hittite king.

In 2019, Zangger and his colleague Rita Gautschy, from the University of Basel, in Swiss, they suggested that some of the gods carvings could be a calendar, able to track both solar years and lunar months.

It would be, according to the researchers, such a calendar would have been centuries ahead of its time. However, this interpretation was met with skepticism in the scientific community. Something that would be changing.

Today, scientists and researchers, and their colleagues, have taken a new approach. Instead of focusing on the possible uses of carvings, researchers have considered what these might mean to the Hittites.

Yazilikaya. Its origin dates back to 1230 BC

“They had a certain picture of how creation happened,” Zangger explained. And added that the Hittites imagined the world began in chaos, which was organized in three levels: “the underworld, the land we step on and the sky”.

As part of this, Zangger points out that the Hittites circumpolar stars would have stood out, never sinking below the horizon.

Furthermore, Zangger argues that a prominent group of deities in Yazılıkaya represents the circumpolar stars. “There are such images in Egypt and the Hittites were influenced by many neighboring societies, including Egypt. Other carvings may have ties to the earth and the underworld.”