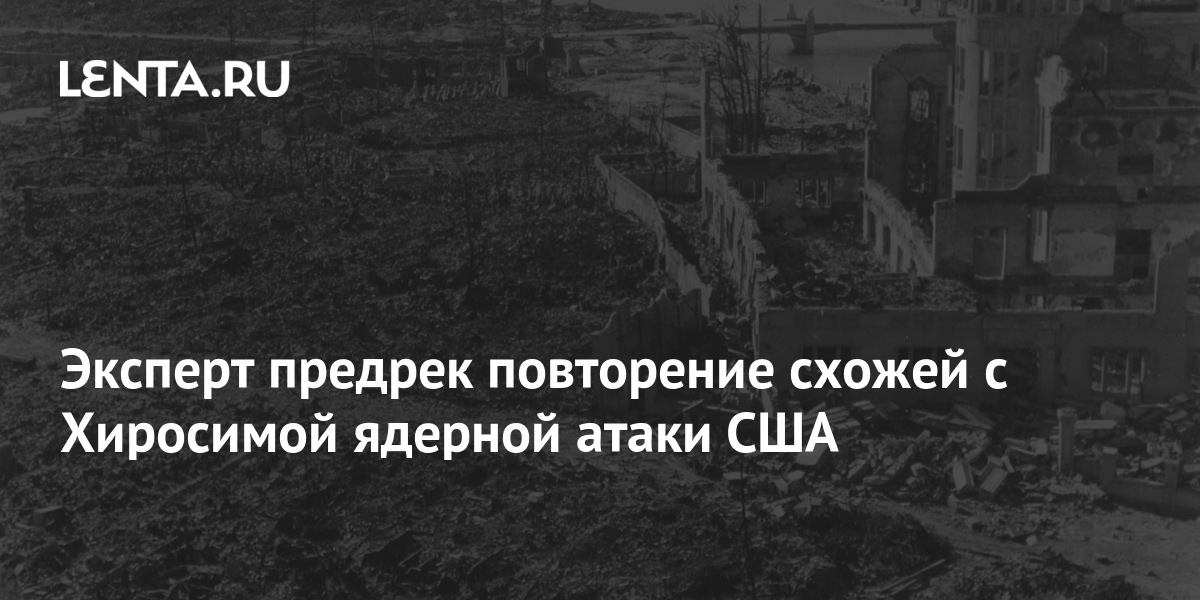 Academician Arbatov believed that the United States could again use nuclear weapons, as in Hiroshima

For 77 years, the United States has denied guilt in the war crime committed on August 6 and 9, 1945 – the nuclear bombing of civilians in the Japanese cities of Hiroshima and Nagasaki, said the head of the Center for International Security of the Russian Academy of Sciences, academician Alexei Arbatov, reports RIA News.

According to the expert, a similar attack could be repeated, since the first strike is a central part of the American doctrine.

“The US does not believe that this was an act of aggression. According to them, the aggression was committed by Japan at Pearl Harbor, and all these are acts of retaliation, just like the strategic bombing of European cities by British and American aircraft. They consider it acts of retaliation against the aggressor,” Arbatov explained.

He noted that now the risk of a direct armed clash between Russia and NATO is particularly high. “In the event of such a direct confrontation, if there is a further escalation of the Ukrainian crisis, it is possible to use nuclear weapons … Of course, no one will use them just like that. Rather, this is the last measure, but it is not excluded,” the academician pointed out.

Earlier, the mayor of Hiroshima Kazumi Matsui quoted Leo Tolstoy at a ceremony in memory of the victims of the bombing. Japanese Prime Minister Fumio Kishida also spoke at the funeral.

On August 6 and 9, 1945, there were two exceptional cases in the history of mankind of the combat use of nuclear weapons – the atomic bombings of Hiroshima and Nagasaki. They were carried out by the US Armed Forces at the final stage of World War II.

Airlines cancel more than 1,500 US flights this Friday