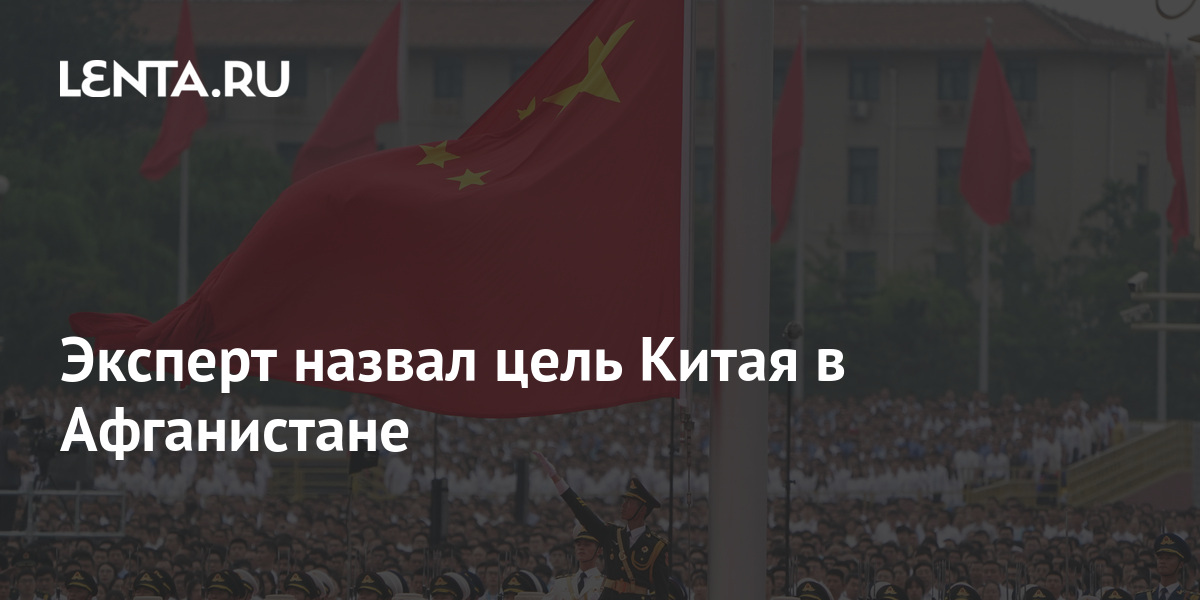 China may agree to cooperate with the Taliban movement (prohibited in Russia), but it is too early to talk seriously about such interaction. This opinion was expressed by the director of the Center for the Study of Central Asia and China in Tajikistan, an expert of the Valdai Club, Khudoberdi Kholiknazarov, in a commentary to Lente.ru.

According to him, Beijing’s main goal in Afghanistan is “to prevent the start of a civil war after the withdrawal of foreign troops.”

China is investing a lot of money in Tajikistan. How will the republic repay debts?

The source of the publication believes that China will invest in the reconstruction of Afghanistan “by the hands of the Taliban”, including helping to restore the destroyed infrastructure. According to the newspaper, Beijing’s motivation is due to its desire to protect the economic project “One Belt and One Road”, which runs through neighboring Pakistan and part of Afghanistan.

Earlier, the former senior adviser to the acting head of the Pentagon Douglas McGregor admitted that the neighboring countries of Afghanistan will defend their own interests in order to prevent the strengthening of radical Islamist groups in Afghanistan. In particular, China will try to complete a transport infrastructure project in the region, but only if it is guaranteed security.