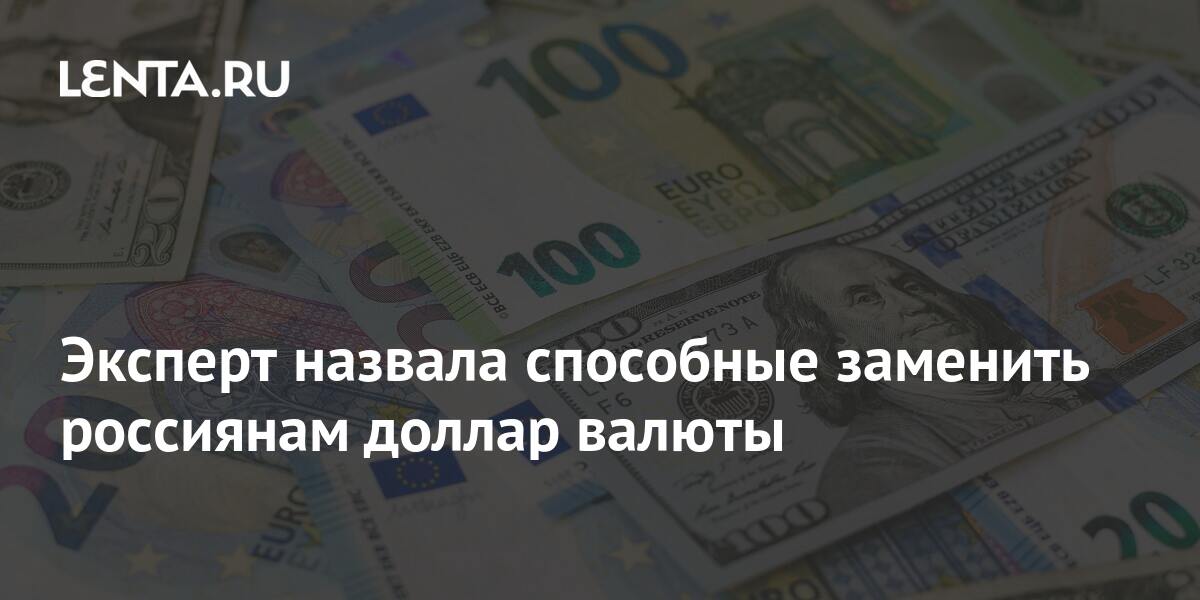 Anna Zaitseva, analyst of FG FINAM, in an interview with the agencyPrime”Named currencies that can replace the dollar in the Russian investment portfolio.

According to the expert, it is better to give preference to creating a diversified basket of six world currencies against which the DXY index is calculated. These are the euro, Canadian dollar, British pound sterling, Swiss franc, Japanese yen and Swedish krona. The latter two are used as protective tools during periods of turbulence in financial markets, Zaitseva added.

However, she explained that in the medium term, the euro may be inferior to the American currency due to the differences in monetary policy of the Federal Reserve System (FRS) and the European Central Bank (EBC). Zaitseva also noted that the Chinese yuan may come under pressure, since China is characterized by a high level of debt burden in the corporate segment. According to the analyst, there is unverified information on the market that the United States may restrict its funds from investing in China. If these rumors are confirmed, the Chinese currency may weaken against the dollar.

Earlier, Artem Tuzov, executive director of the capital market department of the investment company Univer Capital, named a currency that could rise sharply in price.