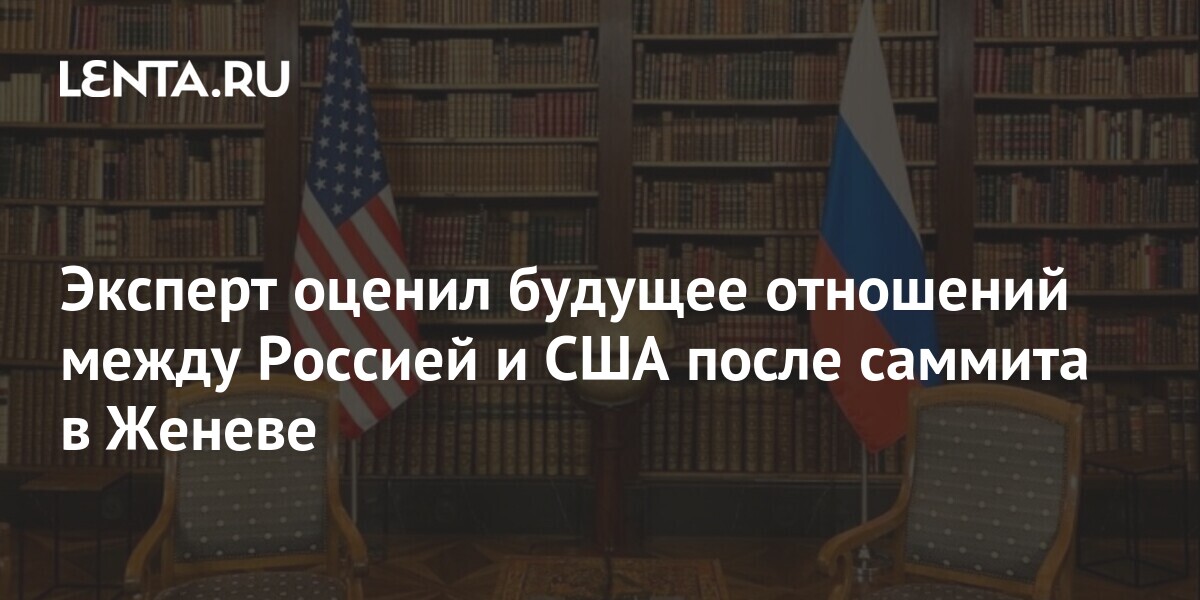 Arnie Kislenko, a Canadian expert at Ryerson University in Toronto, assessed the future of relations between Russia and the United States after the Geneva summit. According to him, there will be no sudden changes, but Washington has demonstrated its interest in the dialogue. RIA News…

“I suspect that the leadership in Moscow thinks that now a more educated and interested in foreign policy president has appeared in Washington, and this will mean the development of a more subtle policy and caution in relation to sensitive moments for the United States,” Kislenko said.

He hoped that Biden also got a better understanding of the Russian side. The expert added that the meeting was held in a friendly atmosphere, but it was not without “clattering of armor”, given the statements of the American leader about the great opportunities of the United States in the cybersphere and the Russian president’s denial of support for cyber criminals.

Kislenko noted that what was said at the summit was not a surprise to Putin and noted the quality work of Russian intelligence. He stressed that the position of the head of the White House will be tougher than that of his predecessor, Donald Trump, and the head of the Russian state expects this.

The expert concluded that both countries are interested in stabilizing bilateral relations, since tension and conflict “will not lead to anything good.”

Earlier, Russian Ambassador to the United States Anatoly Antonov said that Moscow had sent a number of proposals to the American authorities for meetings and dialogue. According to the ambassador, he sent a number of requests and appeals to various US organizations to meet with the leadership of various structures, to discuss what the two countries should do together to implement a “positive attitude” after the summit of Russian President Vladimir Putin and US Joe Biden.