The Exorcist: the story of the real murderer who acted in the movie 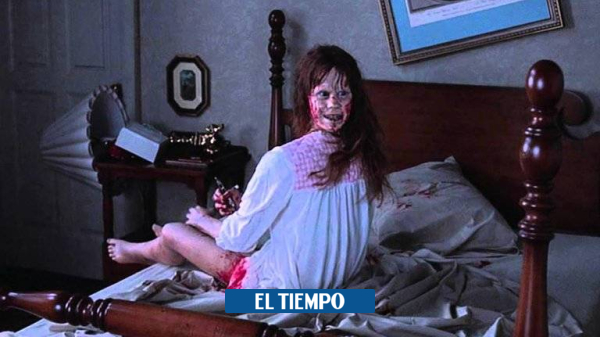 ‘Regan’, a 12-year-old girl, is subjected to various processes when it is discovered that is being a victim of paranormal phenomena and even demonic possession. Panicked, his parents decide to attend an exorcist, who is attacked by the demon. In the end, ‘Regan’ and her family leave town.

That is the plot, in short, one of the most iconic horror movies in the history of cinema. ‘The Exorcist’, directed by William Friedkin and starring Linda Blair, Ellen Burstyn and Max von Sydow, has caused multiple scares since its premiere in 1975.

Although he had five more films as sequels, the truth is that the success of the first was so much that even today it is one of the recommended ones if you want to scare.

But what many did not know is that behind this tape a real murderer was hidden, flesh and blood, who acted in some scenes.

Three years before ‘The Exorcist’ saw the light, its director was already thinking about how he wanted to shoot the scenes. For those who required a hospital, Friedkin sought out Dr. Barton Lane, who according to the American media ‘Esquire’, was doing an angiogram at the New York University Hospital at the time of his visit.

In fact, the process that he does to the young ‘Regan’, when they stick a needle in her throat, is the same one that the doctor carried out at that time. Fascinated by how she looked herself, the director decided to hire Lane and his entire team to recreate the scene in his new feature film.

This included the doctor in charge, his nurse, and the radiology technician, who was Paul Bateson.

In the film Bateson’s face can be clearly seen during the brain scan what is being done to the 12-year-old girl and even hearing her voice when she says a couple of lines.

In the blue radiology room, ‘Regan’ undergoes an angiogram, while the radiologist, played by Bateson, gives her instructions to perform the procedure properly. “Regan, I’m going to move you under the table, okay? just for a short time”, is one of the phrases that you hear.

The scene was acclaimed by critics and even by some New York doctors, who, according to the ‘New York Times’, assured that it had been very well executed and had magnificent precision.

(Also read: Josef Fritzl, the father who kidnapped, locked up and raped his daughter for 24 years).

(Don’t see from the app? watch the video here).

By 1977, the famous magazine ‘Variety’ reported the death of one of its journalists. Addison Verrill was found stabbed to death in her apartment in Hamden, Connecticut.

The first hypotheses assumed that it was a murder by robbery, since a spokesman for that magazine told ‘The New York Times’ that the writer’s home had been looted. However, after an exhaustive search by the Police, it was found that this was not possible, as the valuables were intact.

Thus, Arthur Bell, a journalist and friend of the victim, wrote an article for the ‘Village Voice’ called ‘There’s nothing gay about murder’, in which he denounced what had happened with his friend, who belonged to the LGBTIQ+ community. At the end of it, Bell left her number for any witnesses to give him information about what had really happened.

This was the article that the journalist’s friend wrote.

According to ‘Esquire’, the journalist received an anonymous call. On the other end of the line, a man told him that he and Verrill had met at the Badlands, a gay bar, and that they had used all kinds of substances there before leaving for his apartment.

Although the man never said his name, the details he revealed were key to confirming that it had been a murder and that the person who had made the call was actually the murderer.

After contacting the Los Angeles Police, Verrill received a second call confirming that his friend’s killer was Paul Bateson.supporting actor in ‘The Exorcist’.

The murderer was brought to trial. There he was accused of this crime and six others against people from the ‘queer’ community. However, he pleaded not guilty in each of them and, in the end, he was only tried for that of the journalist.

(Also read: The criminals and abusers who have shaken Bogotá).

After months of trial, Bateson was sentenced to 20 years in prison and was released in 2003. Since then, his life has been a mystery, and although there is a social security record showing that a Patrick F. Bateson, with the same birth date as Paul, died in 2012, it is not known for sure if it’s about him.

Paul Bateson was convicted of the murder of Addison Verrill, a film critic with whom he was in a relationship. Bateson (Morgan Kelly) is also interviewed in #Mindhunter by Gregg Smith and Wendy Carr because he confessed to a friend that “he was the Bag Killer and he liked to kill.” pic.twitter.com/TPkFOfkOFX

Seven stars haunted by a role they’d rather forget

The story of ‘Speed ​​2’, the tape that Sandra Bullock regrets

The only movies with a perfect score on Netflix