The evil Djokovic is shot 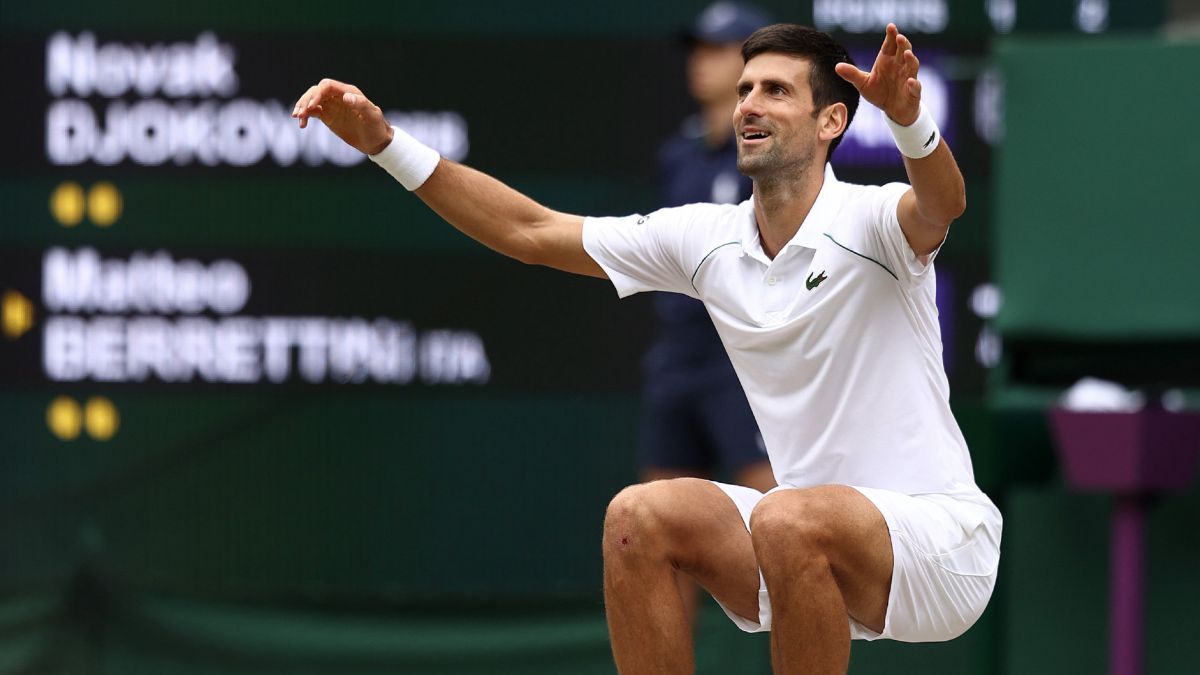 It is done. The Big Three tie for Grand Slam titles: 20 per racket. It makes you want to freeze time so that no one can take advantage, to frame that dazzling ranks as a reminder of the greatest three-way rivalry in the history of tennis, perhaps also in the history of the sport: Roger Federer, Rafa Nadal and Novak Djokovic. Put them in the order you prefer, the three are very big, the biggest. But time can’t be frozen, life goes on, and another champion will be crowned at the US Open on September 12. There the tie can be broken. Or not. The three are still active, the three can meet again in New York, but the antecedents show that the fight is no longer even. Djokovic is shooting, he has chained Australia, Roland Garros and Wimbledon, while Federer conveys the image of being closer to retirement than lifting a trophy, and Nadal missed the opportunity in his holy land of Paris. We have seen Rafa get up more than once, do not rule it out. But time, which does not freeze, smiles at Nole.

Djokovic does not stop against his two eternal rivals, with those who have a face to face in favor, nor with the new generations, who still lack what the Serbian has left over: experience, physique, play and ambition. Stefanos Tsitsipas had him on the ropes at Roland Garros, Matteo Berrettini won the first set at Wimbledon, He started the two finals from behind, but is unperturbed, not even with the public against. Resist the volleys, study your rival and fight back mercilessly. Novak has had to be the bad guy of the Big Threesimply because neither of the other two fit that role. And he has it assumed. In fact, he is the only one of the three who has openly acknowledged that that record matters to him, that he wants to be the best ever, and that he is not going to stop until he achieves it. If being evil is being insatiable, Djokovic is.