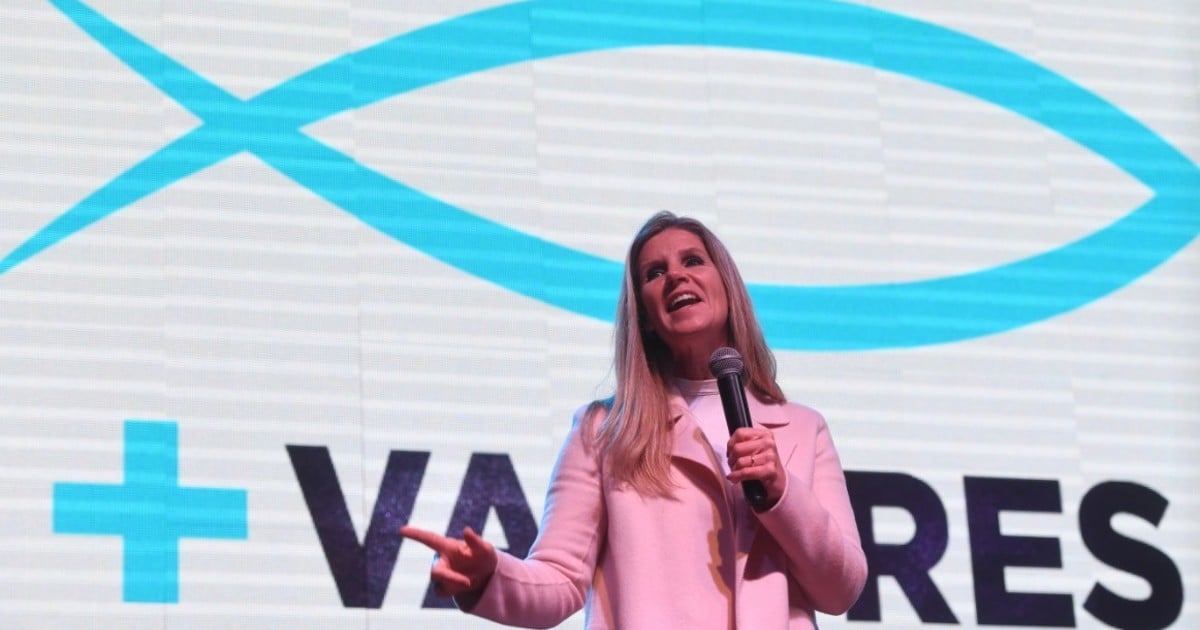 “Christians see an ideological persecution of our faith,” said the evangelical leader Cynthia Hotton, the first candidate for deputy of the Buenos Aires + Valores list, in dialogue with Clarion. And I add: “Pastors and churches suffered much persecution at this time, with its closed churches, the abortion law, pastors who died from being close to the people. All of this makes them very mobilized today. ”

The former macrista deputy, who led marches against abortion and same-sex marriage, intends to build a “religious bloc” in Congress, in favor of “Christian and Catholic values”, as there are in other Latin American countries, such as Brazil.

And to achieve it He came out to dispute the “religious” vote of his former partner on the presidential list Juan José Gómez Centurión, for being “authoritarian” and very focused on his “nationalist” agenda; and he questioned that José Luis Espert had dynamited the Frente Vamos, where the liberal and conservative sectors of the province of Buenos Aires were together.

“I was one of the main promoters of the Frente Vamos, who was going to do an intern among center-right candidates. But he (Espert) was very hesitant to define candidates, he wanted to go with Cambiemos and we didn’t. When he wanted to return, no I defined whether we were going to an intern, even though we had resolved that more than a year ago. And then, as we are quite different from Espert, we define going alone, with a clear message to our voter, “Hotton said.

As for Gómez Centurión, with whom they came fifth in the last presidential elections, with 670,000 votes in the PASO and almost half a million votes in the general elections throughout the country, Hotton said: “He has a very authoritarian style and preferred to deepen that nationalist message, that it does not represent our discourse, that it has to do with Christian social doctrine. If he wants to go to the more military, nationalist side, that’s fine, because the electorate wants to see a clear identity of the candidates. “

Cynthia Hotton act, in an evangelical church, at the end of July 2021.

Unlike what happens in the city of Buenos Aires, where there is only one strong list to the right of Together for Change, headed by Javier Milei; in the province of Buenos Aires there are three lists competing for the liberal and conservative vote, headed by Hotton, Espert and Gómez Centurión. And further to the right of that space is Santiago Cúneo, although his speech mixes extreme nationalism with a certain anti-Semitic tinge.

Hotton assured that his polls give him a voting intention of 2.6% and that they plan to reach 4% in the PASO, “because 19.3% of the province of Buenos Aires is evangelical and in the suburbs that percentage increases to 22% of the population,” said Hotton. And to that figure he added the Catholic religious vote, which is also part of the + Values ​​list.

However, most of the polls published so far -which were quite wrong in the forecasts of the last elections in the province of Buenos Aires- give Hotton below 2%, surpassed by the vote for Espert between the liberal and conservative options .

Hotton is very critical of Alberto Fernández, whose government is “totally improvised. They had a very bad handling of the pandemic, not only in the acquisition of vaccines, where the delay produced many more deaths, but also closed the economy, finishing melting a lot of sectors, which are not taking care of them, “he said, in dialogue with Clarín.

Hotton is seconded in the list of candidates for deputies of + Valores by the former Director of Schools of the Buenos Aires government of María Eugenia Vidal, Gastón Bruno, who chairs the Association of Evangelical Schools of Argentina and was vice president of the Christian Alliance of Evangelical Churches.

Then they are followed in the list by María Eugenia Santiago, Catholic historian and PhD in Communication from the UCA; followed by Daniel Di Paolo, former president of the Argentine Baptist Youth; and Pastor Irma Strochen, president of Argentine Christian Women in Action.

In line with that religious orientation, Hotton last week presented his list at the A Better Life Church, with religious leaders from the province of Buenos Aires. There he assured that “the great parties tempt us with great promises and end up trampling our Christian values.”

Over the weekend Hotton visited the Christian Church of the West, in Ituzaingó, where she was received by Pastor Fernando Vienni, the first candidate for councilor in that district. And he was also in the International Church of La Plata, in Berazategui, together with the apostle Abraham Vázquez. There they were also talking with neighbors and local candidates.

In addition to performing in the province of Buenos Aires, the front led by Hotton integrates lists in Chaco, Mendoza, Córdoba, Formosa, Corrientes and Santa Fe. “In the city of Buenos Aires we are not participating,” he clarified.