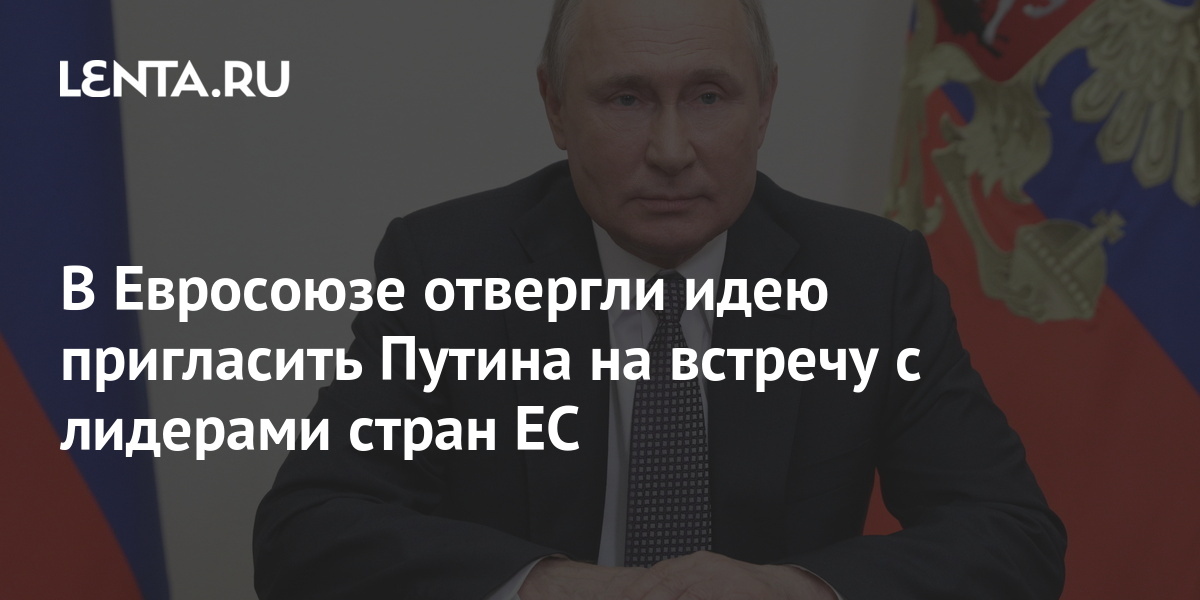 The heads of state and government of the European Union at the summit in Brussels rejected the idea of ​​German Chancellor Angela Merkel and French leader Emmanuel Macron to invite Russian President Vladimir Putin to a meeting of EU leaders. It is reported by TASS with reference to Bloomberg agency.

According to the agency, the summit will consider the initiatives of the EU states to build further relations with Russia.

Earlier, Russian Foreign Minister Sergei Lavrov said that the initiative to invite Putin to a summit with the leaders of the European Union is probably connected with the meeting of Russian and American leaders held in Geneva. Lavrov noted that, in all likelihood, the Geneva talks were perceived in Brussels as a signal that “now you can show your independence a little.”

On June 23, the Financial Times reported that Germany and France have called on the EU to engage more closely with Russia. In particular, some diplomats and German Chancellor Angela Merkel herself suggested inviting Russian President Vladimir Putin to a summit with the leaders of the EU countries. French President Emmanuel Macron also supported the idea.

Capital One employees returning to office will have to be vaccinated