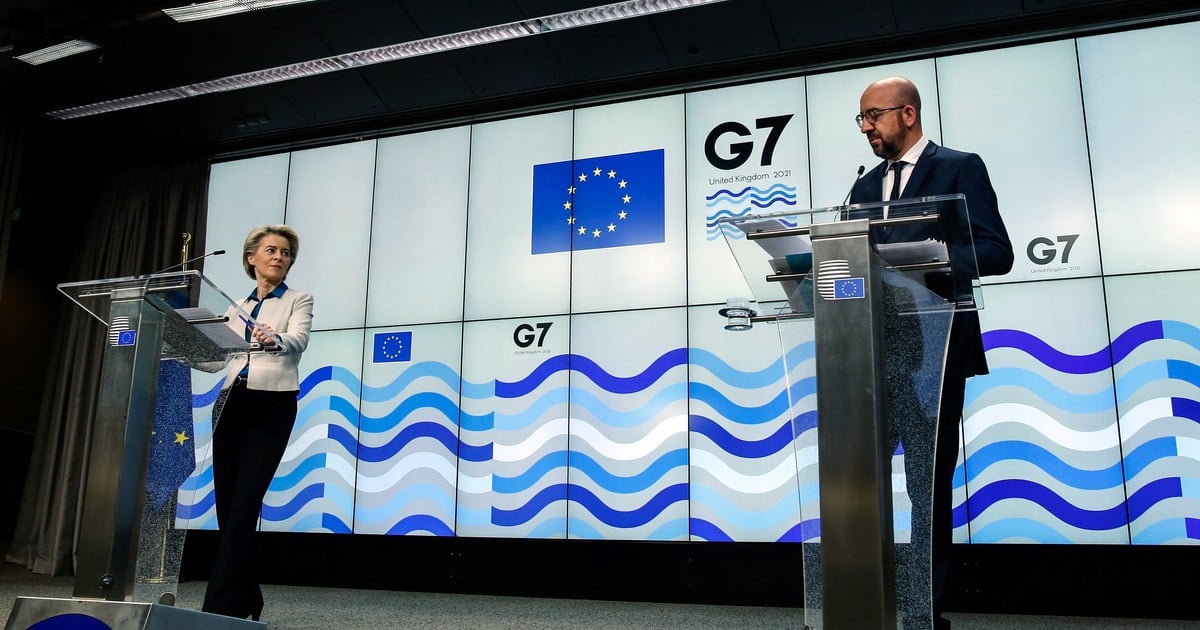 The European Union demanded this Thursday “transparency” about the origin of the pandemic, and joined the demands of the United States against China to know how and where the coronavirus virus emerged.

“We support all efforts to achieve transparency and know the truth,” said the president of the European Council, Charles Michel, at the press conference prior to the G7 summit that begins on Friday in the United Kingdom.

There, European leaders will have the first chance to meet with the President of the United States, Joe Biden, who days ago requested an investigation on the origin of the pandemic.

“It is extremely important that we know the origin of the Covid” to “guarantee that this does not happen again,” the president of the European Commission, Ursula Von der Leyen, immediately added at the same conference.

Doubts about the true origin of the virus have increased in recent weeks after Biden gave US intelligence services 90 days to to find out if it could have come from a laboratory accidentally in the chinese city of Wuhan.

That thesis, initially defended by his predecessor, Donald Trump, was discarded by researchers from the World Health Organization (WHO) who traveled to Wuhan to try to learn how the pandemic originated. And the Chinese government also emphatically rejected that possibility.

A mission from the World Health Organization visited the Wuhan Virology Laboratory in China in February on suspicion. Photo: AFP

The WHO mission did not reach a conclusive result, beyond the fact that the virus jumped from an animal to humans and the report raised questions about pressure from Beijing on investigators.

“There is a great variety of different options that are being investigated right now and it is important that we need to have a single photograph of the beginning of the pandemic,” Von der Leyen argued this Thursday.

“That is why the investigation teams need real access to information,” added the German official.

Tuning in with Washington

With this demand, the EU showed harmony with the current US government, with which it wants strengthen transatlantic relationship after four years of Trump.

The president of the United States, Joe Biden, days ago called for an investigation into the origin of the coronavirus. Photo: AP

“With the return of the United States to the international scene, we hope that the G7 will support effective actions to strengthen multilateralism,” continued the president of the Commission.

In this sense, Michel said that the G7 “will reaffirm our belief in open societies, multilateralism and democratic values” and confirmed that the main economies of the world – the United States, Canada, Germany, the United Kingdom, France, Italy and Japan- they will discuss their relations with Russia, country expelled from the group following the annexation of Crimea in 2014.

However, Brussels and Washington disagree that patent liberalization be the best way to accelerate vaccination around the world.

“A patent liberalization may sound good but it is not a panacea,” declared Michel, facing Biden’s proposal, which has yet to be finalized.

The European Union is committed to a voluntary transfer of patents and, in the event that the pharmaceutical companies refuse to do so, by forcing them to sell them at an affordable price, in such a way that they obtain a remuneration that encourages them to continue investigating.

The president of the European Council also said that another of the “key” points of the G7 will be that of “prosperity, of international taxation”, after the finance ministers of the group agreed on a minimum corporate tax of 15% for companies. large multinationals.

The G7 leaders must now ratify that agreement that the EU wants to take advantage of to reach a global pact, both in the OECD and in the G20.

At a meeting inviting India, South Africa and South Korea, the leaders will also address relations with China and the situation in Belarus, when discussing foreign relations.