The European Union asks countries to accelerate their recovery plans 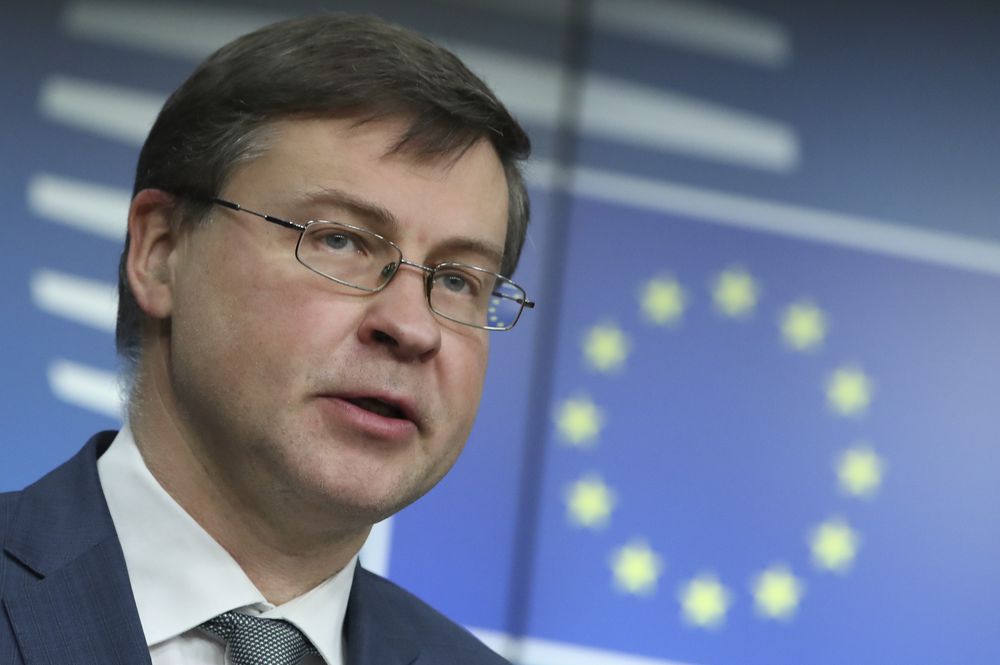 The pandemic will leave a high debt in the EU as a legacy, but the ministers have decided that it is not yet time to think about its management. The Twenty-seven agreed on Tuesday to maintain the fiscal momentum this year and next to avoid bankruptcies and job destruction. “We cannot risk withdrawing support prematurely,” said the president of the Council of Finance Ministers, the Portuguese João Leão. The EU urged countries to close their recovery plans. According to the Commission, Spain is among the five most advanced.

The massive stimulus plan launched by the Joe Biden Administration, worth 1.9 trillion dollars (1.6 trillion euros), puts pressure on the European Union. Washington and Beijing are once again setting the pace of recovery, while in Brussels there is some concern as the April 30 deadline for submitting recovery plans approaches.

So far, Brussels has received 20 drafts, although not all are equally advanced. Among some member countries, according to various diplomatic sources, there is discomfort at the level of detail and precision requested by the Commission and for having issued its guidelines too late. The discomfort is two-way. Brussels sees with some anxiety how the process of ratification of the agreements on new taxes – essential to get into debt – progresses slowly, since only nine countries have completed it.

Spain is not in either group. The Spanish plan has deserved special attention from the Community Executive, but is now well on track. Brussels files with Madrid some disagreements in the milestones and objectives set, on which the disbursements will depend, but the Commissioner for the Economy, Paolo Gentiloni, said that “a lot and very good progress” has been made in recent weeks. “We consider the Spanish plan among the most advanced. Among the twenty-seven Member States, the Spanish plan is among the five or eight most advanced ”, he added.

However, the slow pace of the plan makes other countries fear that resources will be late. Croatian Prime Minister Andrej Plenkovic stated in an interview on Political that he thinks he will be able to spend the first euro of the plan “at the beginning of next year”. “It is very complex. You need a plan, a project, verification, proposal, implementation, documentation … ”, he lamented.

The arrival of these funds is a key element in the recovery and economic transformation that Brussels is pursuing. After the euro zone as a whole launched stimulus measures for an amount equivalent to 8% of GDP and guarantees and guarantees for an amount close to 19% of GDP, the capitals need to be able this year to make use of the first deliveries of the 750,000 million euros of the fund. “The Eurogroup is committed to an expansive fiscal position in the euro zone in 2021 and 2022, also taking into account the fiscal stimulus of the Recovery and Resilience Mechanism,” euro ministers said on Monday.

The recovery fund, therefore, is key to maintaining a story that wants to depart from that of the last crisis. It was recalled again on Tuesday by the German Vice Chancellor and Finance Minister, Olaf Scholz, who despite having cooled expectations of a reform of fiscal rules, does advocate maintaining a powerful response from the public sector. “Nobody wants Europe to return to a policy of austerity that contributes to the collapse of investments and cuts social measures, slows growth and reduces the welfare of citizens,” said Scholz in Berlin after the Ecofin meeting, reports Efe.

With the current levels of deficit and public debt, this fiscal impulse requires that the suspension of fiscal rules be maintained in 2022. The Portuguese Minister of Finance, João Leão, said that the ministers began to address this issue. Although the decision will not be made until the Commission makes its official proposal in May, everything indicates that Finance incumbents will choose to keep the bar open next year as well.

Leão said that finance ministers continue to believe that the economic recovery will resume in the second semester and that in 2021 the GDP levels of before the pandemic will be recovered. “That does not mean the recovery of the growth trajectory of before the pandemic,” he warned. The executive vice president of the Economic Area Commission, Valdis Dombrovskis, recalled that with the data available so far, the clause that temporarily suspends the rules should remain activated in 2022, but not in 2023.

Coronavirus: Brazil complained against the request for a negative test to its truckers on Mercosur routes

A tense night at MasterChef Celebrity: They faced the test of ‘The wall’ and received challenges from the jury