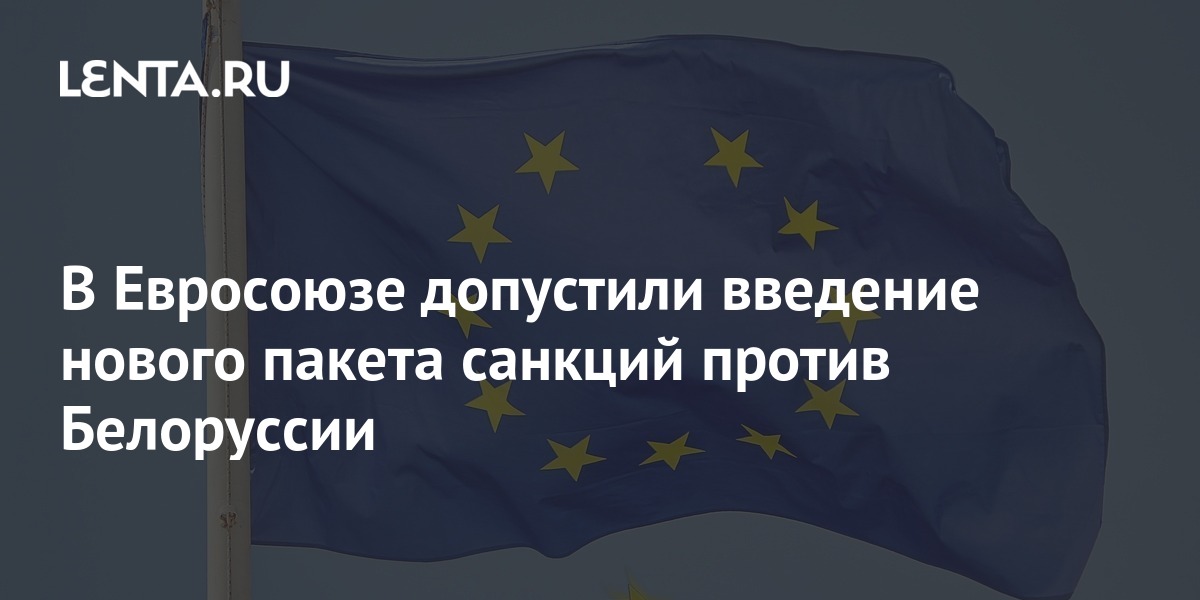 The European Union allows the introduction of a new, fifth package of sanctions against Belarus, said the head of European diplomacy Josep Borrell, quoted by RIA News…

“I do not exclude that there will be a fifth one. Everything will depend on the actions of those responsible for the situation in this country, ”he stressed and expressed confidence that the restrictions will have an impact on the situation in the republic, since they will affect the economy of the entire country.

Borrell added that former Belarusian presidential candidate Svetlana Tikhanovskaya, at a meeting with EU foreign ministers, called for the expansion of sanctions and provided new sanctions lists that include state-owned companies.

Earlier, the European Union introduced a new, fourth package of individual sanctions against Belarus. His list includes 78 people and eight organizations. It is noted that the restrictions are related to the landing of a Ryanair aircraft in Minsk, after which the Belarusian security forces detained Roman Protasevich, the former editor-in-chief of the opposition Telegram channel NEXTA, and a Russian woman, Sofia Sapega, who were on board.