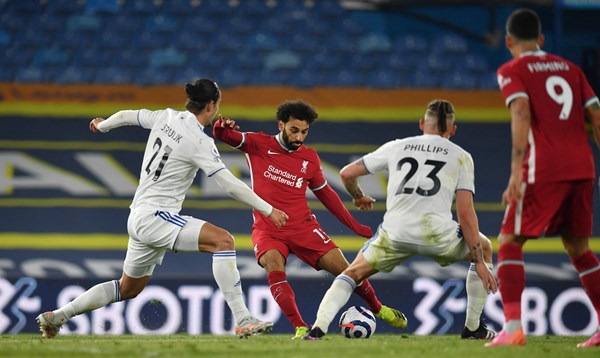 Berlin (dpa)
The European Super League crisis has taken a political dimension, as President Macron spoke of his opposition to secession, and the French presidency said in a statement: The President of the Republic welcomes the position of French clubs refusing to participate in the European Super League project that threatens the principle of solidarity and sporting merit.

The Elysee Palace added: The French state will support all steps taken by the French Football Association, the French League, UEFA and FIFA to protect the integrity of federal competitions, whether national or European. British Prime Minister Johnson also opposed the plans. Johnson wrote on Twitter: Plans for a European Super League would be very damaging to football and we support the football authorities in their actions.

“They will strike the heart of local football, and worry fans across the country,” he said. “Joint clubs must speak to their fans and the wider football community before taking any additional steps.”

The Spanish government expressed its opposition to the new European Super League, and the “dissident” clubs called for negotiations with the European Union and the Spanish League.

The elite clubs in Spain, Real Madrid and its neighbors Atletico Madrid and Barcelona are among the 12 clubs that have announced the launch of the Super League, which will be completely closed to other clubs and will negatively affect the current structure adopted for European football.

The Spanish government issued a statement saying: The government of Spain does not support the initiative aimed at launching the European Super League championship promoted by several European clubs, including three Spanish clubs, because it believes that it was established and proposed without the approval of local and international sports organizations. In addition to the League of Leagues in England, Spain and Italy, the clubs and players participating in this new competition will not be allowed to participate in local and international competitions.