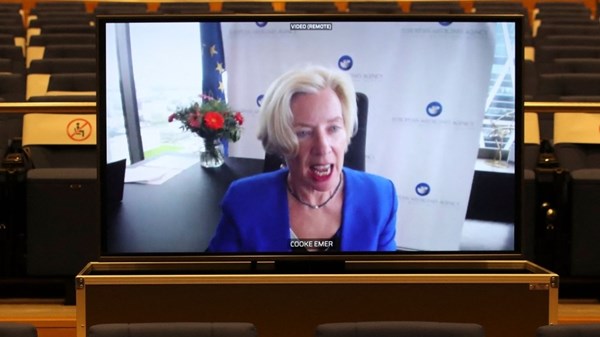 Today, Thursday, the European Medicines Agency issued its widely awaited opinion in Europe about the emerging coronavirus vaccine AstraZeneca, which some of its recipients are suspected of having experienced side effects.
The agency said that the AstraZeneca vaccine is “safe and effective” and “not associated” with a higher risk of blood clots.
“The committee has reached a clear scientific conclusion: It is a safe and effective vaccine,” the agency’s director, Emer Cook, said in a video conference.

Read also … Britain defends the Corona vaccine, which is accused of causing clots

The agency, the European Union’s regulatory body for drugs, declared that it “cannot completely rule out” a link between the AstraZeneca vaccine and rare disorders of coagulation.
“Based on available evidence, and after days of in-depth analysis” of the available data, Cook said, “We cannot definitively rule out a link between these cases and the vaccine.”
The agency’s opinion is expected at a time when the European Union, which suffers from a shortage of vaccines, relies on millions of doses of this vaccine, which was developed by the Swedish-British laboratory, AstraZeneca, in cooperation with the University of Oxford in Britain.
About 15 European countries, including Germany, France, Italy and Spain, have suspended the use of this vaccine, after possible side effects, such as blood clotting and blood clots in some of those who received it.