The “Europa League” draw prepares for the English final 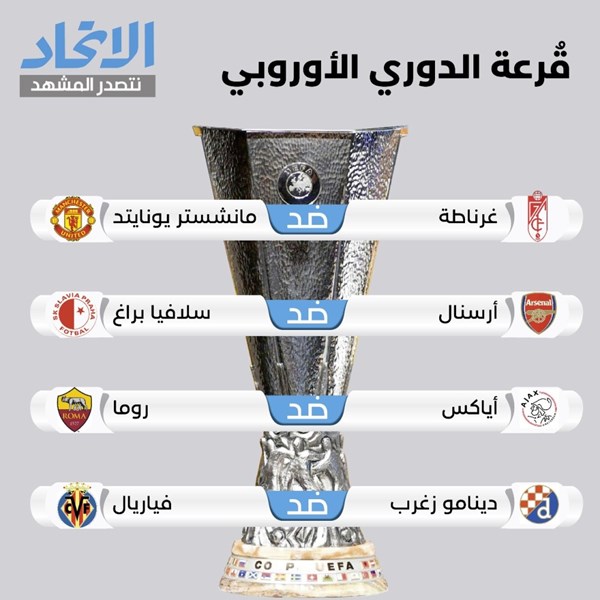 The draw for the quarter and semi-finals of the European League «Europa League» football competition, which was withdrawn today «Friday» at the Confederation’s headquarters in Nyon, Switzerland, resulted in heated confrontations in the quarter-finals, where he plays:
Granada, Spain, with Manchester United, “Match No. 1”
Arsenal with Slavia Prague, Czech Republic “Match No. 2”
Dutch Ajax Amsterdam with Roma, “Match No. 3”
Dynamo Zagreb with Spanish Villarreal “Match No. 4”
The semi-final brings together the winner from Granada, Spain, and Manchester United, with the winner of the Dutch match between Ajax Amsterdam and Rome, while the winner from Dynamo Zagreb and Villarreal, Spain, will meet the winner from Arsenal and Slavia Prague, and thus the draw paves the way for Manchester United and Arsenal for an English match in the final.
The quarter-final matches will be held on April 8, the round and the 15th round, with the semi-final matches to be held on April 29, the round and May 6 return, and Polish Gdansk will host the final on May 26.