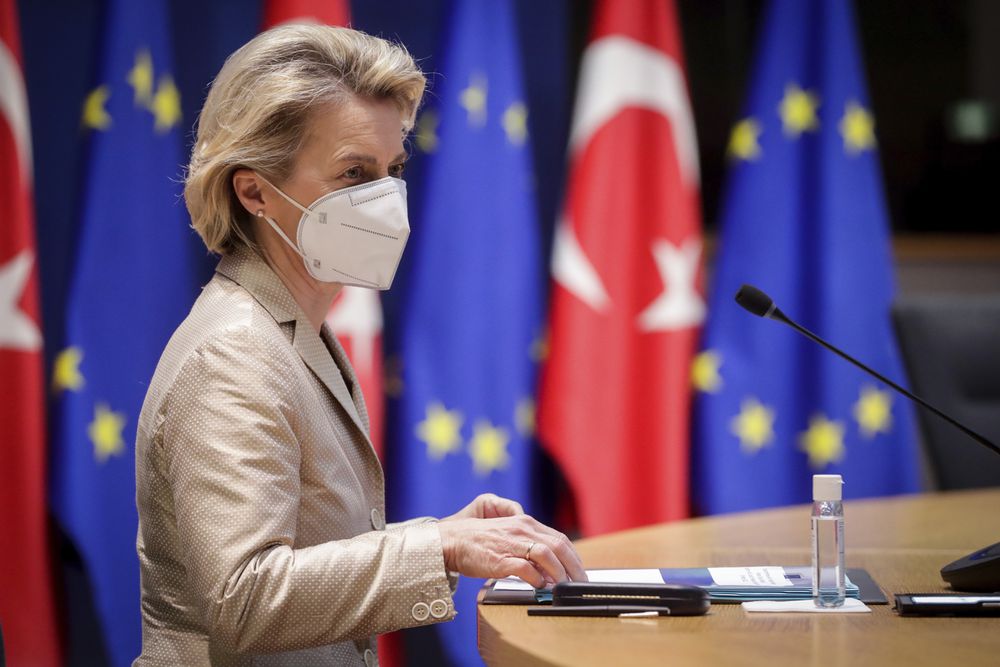 Faced with the new restrictions imposed by Italy and France, Europe calculates the damages that the third wave of infections will entail. And after a year of exceptional spending at full throttle, the EU is in danger of falling behind the US if it does not launch the recovery plan. However, Brussels fears that the delay of a large group of countries in the preparation of their national programs, which are due to be presented on April 30, could jeopardize the timetable. The European Commission does believe that Spain will be able to present its plan, which must finish outlining administration reforms.

A month and a half after the deadline to deliver the plans is closed, the capitals have realized the titanic effort involved in the preparation of national recovery programs. Brussels wants the details of investments and reforms with maximum precision, since it will have to evaluate their costs and the achievement of short and long-term objectives in order to be able to make disbursements. However, this is a laborious process for governments, in whose negotiations with the European Commission many have lost patience.

Both the Community Executive and the capitals are pessimistic about the progress of the process. Diplomatic sources define as “draconian” the demands of the Community Executive in some components of the plans and regret that Brussels published the latest guidelines only a month ago. From the Commission they believe that the countries woke up late, since the regulation indicated what they should do. And they put as an example Spain, which even went under the brakes by including 1,700 milestones and objectives to evaluate the 30 elements of its plan.

The stimulus package launched by Joe Biden in the United States has redoubled the nerves in Europe, which boasted of having given a forceful response to the crisis for the first time. The general director of the European rescue fund (Mede), Klaus Regling, recently warned euro partners of investors’ concern about “the speed” with which the plan was being rolled out, since the delays could erode the still weak rates growth of the EU.

The president of the European Central Bank, Christine Lagarde, also urged the capitals this week so that the plan is “operational without delay.” Isabel Schnabel, member of the Executive Board of the ECB, went further in an interview in Les Echos stating: “It may be that European support is insufficient.” Schnabel, in any case, agreed with Lagarde when calling the countries to rebuke: “We cannot afford a delay, that would be detrimental.”

Despite this urgency, last week seven countries had not yet presented their plans – including Ireland and the Netherlands – while within the Commission dissatisfaction with some plans such as Germany’s is notorious. The electoral calendar in The Hague, Berlin and Paris also does not help those governments to implement certain reforms. On the other hand, Brussels sees the Spanish plan on track, although there is still work on aspects such as the improvement of public services – which includes the reduction of temporary employment – or the improvement of professional skills, within the reforms of the labor market .

After intense negotiations between Madrid and Brussels, there is agreement on the main lines, but the Commission needs concreteness. And the fine print is not secondary, since it includes the measures that will be adopted to implement the reforms and that must be derived from the debate within the government coalition or, in some cases, from social dialogue.

The economic coordinator of the European Social Democrats, Deputy Jonás Fernández, maintains that “the regulation does not require that all countries must go together in the same package.” “The money can be disbursed as the plans are approved,” he says. But to the slowness in the presentation of the programs is added that of the process of ratification of the new taxes with which to pay for the plan, which is essential for Brussels to begin to borrow.

The Budget Commissioner, Johannes Hahn, said yesterday that 13 of the 27 countries – including Spain – have done their homework. However, the crisis between the parties of the right-wing coalition of the Polish government puts this process in check. The United Poland formation warned this week that its party would vote against in the Parliament of its country by rejecting the linking of the funds with the rule of law and indebtedness at the community level.

Diplomatic sources explain that the calendar was already very tight so that the first quantities could reach the countries in the first semester and they fear that the first deliveries could be delayed due to any setbacks. Croatia even talks about 2022 because of the procedures required by Brussels.

European leaders, according to these sources, will speak at the summit of the week about how to accelerate the launch of the fund so as not to lose steam with respect to the United States and China. Brussels does not believe that capitals should look at themselves in the mirror of Biden’s plan, since it considers that part of that package serves to make up for the lack of automatic stabilizers that Europe has. And it also considers that investments must be well targeted. However, it does share the concern of the delay. In any case, the delegations believe that on that day the discussion on the main weapon to tackle the crisis will still prevail: the deployment of the vaccine in Europe.

The Vice President of the European Commission, Valdis Dombrovskis, reported in his last appearance in the European Parliament that seven EU countries had not yet presented their recovery plans. According to community sources, these are Ireland, Lithuania, Austria, Malta, Estonia, the Netherlands and Luxembourg (whose government has approved it). Community sources explain that in the Dutch case, the omission is due to the stoppage caused by the elections held this week.
There are countries in this group, however, whose plan is a mystery to Brussels. This is the case of Ireland, whom the European Commission wants to press to carry out reforms in its tax system, which it considers harmful for the rest of the countries. Dublin, in fact, has already objected to the regulation on the recovery fund implying compliance with the recommendations of the European Semester. It was unsuccessful, as Berlin refused to lift that provision.