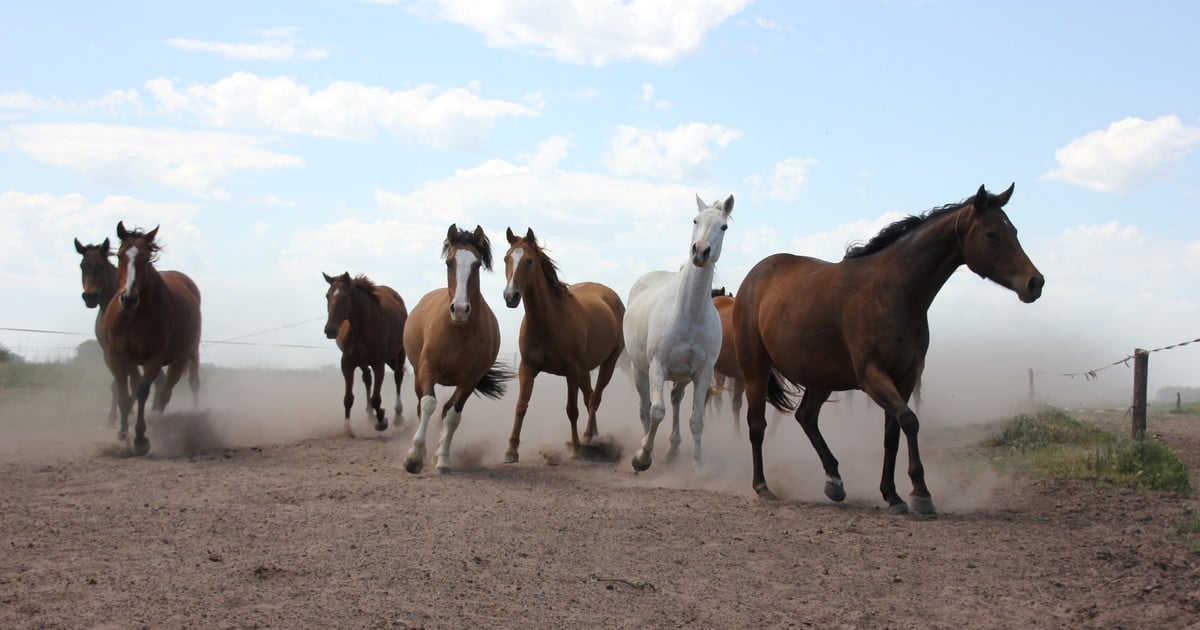 “The evolution of our profession accompanied the enormous growth of the equine industry in Argentina, but unfortunately in the fight against equine infectious anemia (EIA), a disease that puts us in check, we have not been able to advance. If we are not all in the same boat, we will not be able to control the disease“. The words are from the veterinarian Carlos Dodera, president of the Association of Equine Veterinarians (AAVE), who was in charge of opening the First Congress on Equine Infectious Anemia, held this week by the Chamber of National Equine Industry (CAMINE) with the participation virtual 200 people.

Dodera reviewed the history of the disease and gave as an example Spain, which has been free from the IEA since 1983. “When there are policies and awareness, it can be controlled and even eradicated,” he said. In Argentina, the IEA was officially discovered in 1964 and today it is the biggest challenge facing the local equine industry. An infected horse loses all its commercial value, it can quickly infect the entire herd and an escalation of the problem could lead to the closure of international markets for Argentine horses.

As explained by María Barrandeguy, researcher at INTA and professor of Infectious Diseases at the veterinary school of the Universidad del Salvador, the natural form of transmission of EIA is through blood-sucking insects (mainly horseflies), but today the main cause is improper handling by man (iatrogenesis) due to the use of infected syringes. “We have to educate so that the same needle is never used for more than one horse. A horse, a needle”, He remarked.

María Barrandeguy, a researcher at INTA, explained the forms of transmission of the disease.

Barrandeguy described the behavior of vector insects when feeding and mechanically transmitting the virus, and highlighted that when there is an infected horse, the distance of 200 meters from the rest of the animals ensures that transmission via insects is practically nil. So It recommended maintaining distances of 200 meters from the roads as a “buffer” zone.

Currently in Argentina there are three different statuses against the IEA. Patagonia, south of the Colorado River, is free of the disease. The center and west of the country is under control and requires close monitoring of the problem, and in the coast and northeast of the country, the most humid areas, the disease is endemic and it is not intended to be eradicated. In Argentina so far this year 400 equines have been identified with EIA. According to epidemiological data handled by SENASA, in the north there are prevalences of more than 35 percent, while in the center there are two percent prevalence.

As explained by Ximena Melón, SENASA’s National Director of Animal Health, the current control strategy, established in standard 617/05, is similar throughout the country except in free zones, but the proposal is to start a differentiated strategy, protect free populations and sporting populations but also provide control responses to rural equine holders. “The high mobility of animals affects the ability to control. We have to know how many animals there are and where they are. We have a sub-registry of equines in Argentina. We also need help to make the identification and documentation instruments more efficient (health book and equine passport) “, said Melón, adding:”When rule breaking is the norm, control is never enough. It is a good sign of the sector to hold this congress and to be discussing the IEA. We have to articulate roles and objectives ”.

Another of the interesting lectures at the Congress was that of Teótimo Becú, veterinary doctor, director of the Equine Clinic laboratory, who focused on the methods of detecting the disease and showed some conclusions that the tests in the province of Buenos Aires show. “The coggins test it is extremely noble, it is very specific and it very rarely gives false positives. It is simple to do but the person who does it has to have some expertise. Elisa is more sensitive than the coggins and it can be done more quickly, the disadvantage is that it is expensive and gives more false positives than coggins ”, he compared.

He then affirmed that in high-value sports horses in the province of Buenos Aires the situation is different from that of endemic provinces with a 70 percent prevalence of the disease. “In many countries, including Europe and the United States, there are endemic areas where it is impossible to eradicate the disease today, but expensive horses can be separated, that the horses that are in polo clubs, Arabs, racetracks do not make contact with that marginal population”Said Becú.

In his laboratory, in 2020 Becú carried out 11,000 tests, 80 percent of them on thoroughbred horses. Only 0.08 percent tested positive, and the vast majority of those cases were crossbreed horses. “Everything leads to the mestizo population and the Paraná corridor. The population of horses with high sporting value is practically free of EIA, the problem is when they come into contact with the marginal population that nobody controls ”, he warned.

At the closing of the event, the veterinarian Martín Cipolla told the experience carried out during 2018 and 2019 in the town of San Pedro, where with the collaboration of the public and private sectors it was possible to significantly improve the health situation of the equines. The first step was the kidnapping of the loose horses on the public highway in the urban area, which were destined for conditioned municipal corrals. “Most of these horses are mongrels and lacked documentation proving ownership, then the figure of precarious fork was established, which registered the animal in the National Sanitary Registry of Agricultural Producers (Renspa) and allowed the owner to remove the animal if the anemia control was negative, after the payment of a fine “, he explained .

At the same time, information and training meetings on sanitary standards were held in traditionalist centers throughout the party, and itinerant bleeding campaigns were established to facilitate control. In addition, in each of the many traditional festivals of San Pedro, they began to demand that there be a veterinary technical director and that all the documentation of the animals be controlled. Total 600 animals were registered in Renspa and 1,300 bleedings were made and a prevalence of EIA of 9.7 percent was detected, while among the seized horses that value was 18.5 percent.

Scandinavian spotlight: It's a family affair for Mallorcan chick!