The English Premier League attracts fans with the testimony of the virus! 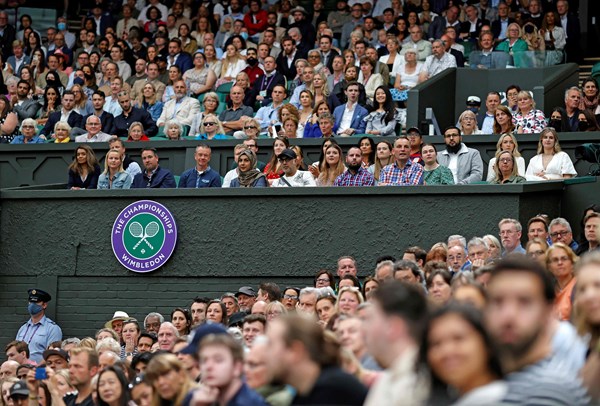 Media reports said that the Premier League will continue to explore the possibility of obtaining a Corona virus certificate, to enter stadiums next season, although the government has no plans to make it mandatory.

And the British news agency “PA Media” reported that the certificate, which provides proof of complete vaccination, or a negative result of a test to detect the virus or immunity through the NHS application, is being tried in events such as Wimbledon and Euro 2020, which is part of the Government’s ‘Event Research Programme’ currently being conducted.

British Prime Minister Boris Johnson confirmed today, Monday, that the certificate will not be mandatory to go to places in England, as they are preparing to return to full capacity starting from July 19, but it is known that the major English clubs can use the system, when the new season begins next month.

The association joined nine other sports bodies last April to support the Corona virus certification, as a “trusted option” to enable the full opening of venues, once the restrictions of the Corona virus are eased.

The league’s chief executive, Bill Bush, said at the time that certification would be an “acceptable burden”, and the alternative would be a low turnout and a ban on fans of teams playing away from home.

Certification will not be mandatory, but the association will be keen to study it as a way to ensure that stadiums remain open to perfection, even if the situation worsens due to the pandemic in the fall and winter.

The government is scheduled to issue a final decision to ease restrictions next Monday.

And the association said in a statement issued yesterday evening, Monday: We missed the fans greatly, so we welcome today what the government announced, and we look forward to seeing stadiums full of fans in the 2021/22 season, and the statement added: As we move forward, waiting for the government’s decision regarding the fourth step of the road map and beyond. We will continue to work with football stakeholders and relevant public authorities to ensure that the stadiums are accommodating to their full capacity in a way that keeps everyone safe.”