«The Emperor» .. Continuation of those who deserve the «technical report» 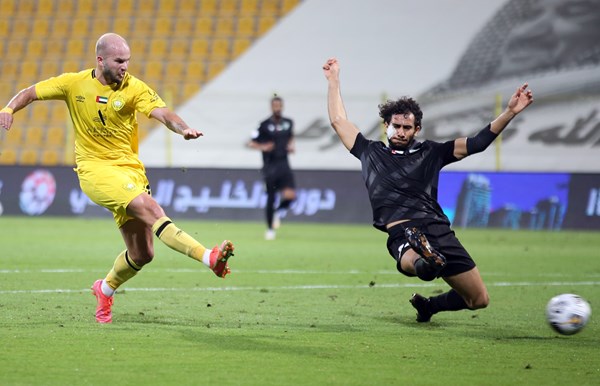 Al Wasl’s loss in front of Khor Fakkan in the Arab Gulf League confirmed that the steps taken by the “Emperor” administration in the past period to rearrange the team’s cards for the next season are moves in the right direction, and they operate according to clearly defined criteria based on the “technical report”, which is based on The basis of continuity for those who deserve only from the players, especially at the level of foreign players.

As revealed by “Al Ittihad” previously, Al Wasl listed a number of names to contract with them in the coming period, specifically at the level of foreign players who completely exhausted their opportunities, which made the team complete the Uruguayan deal, Michel Arajo, who will join on loan from Fluminense, Brazil, in addition to The search for a striker with better capabilities and a midfielder, as the trio Joao Figredo, Oroz and Mendes approached to pack their bags in the coming days after the end of the league, in light of their comprehensive technical evaluation, and even with the confirmation of Brazilian Neres continuing in the defense line, he is required to prove more of his capabilities During the next stage.

Al-Wasl has already begun taking steps to feel the pulse with some names, along with his moves to make changes to contribute to raising the players’ physical and medical readiness, by including the best cadres specialized in this field.

Perhaps the steps that Al Wasl is taking at the moment are what prompted coach Oder Hillman to look forward to recently renewing his contract until 2023, in light of the promising project that is gradually being prepared in order to strengthen the team’s place on the right track in the next season.

“Ar *** on ground ice”? Baerbock exposed to bizarre questions in a TV interview