The “Emirates Flag Balloon” will be launched next November 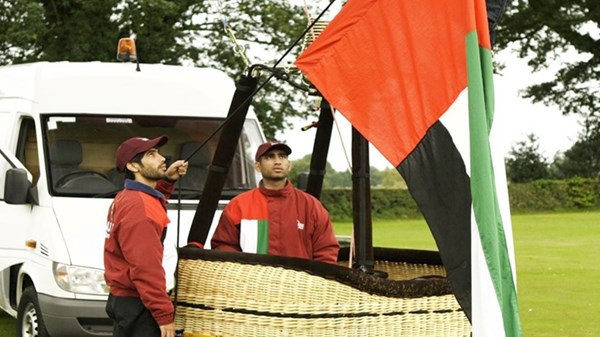 The Emirates Balloon has revealed the start of the countdown to launch the “UAE Flag Balloon” next November as part of its participation in the state’s celebrations of the 50th anniversary of the founding of the Federation, represented by the completion of its regional and global tours that end in March 2022, and interspersed with the presentation of a large number of paintings that the team will draw during He flew all over the emirates and regions of the country, starting from the capital Abu Dhabi.
The team is currently working on designing its website to provide an opportunity for local and international audiences to see the UAE balloon march that spanned over 18 years and began with a balloon bearing the slogan “The world will not forget you, Zayed”, in memory of the founding leader, the late Sheikh Zayed bin Sultan Al Nahyan, “May God bless you.” He rested in gratitude and loyalty from the people of the country to the late leader of the march.

Captain Pilot Abdulaziz Nasser Al Mansoori, head of the Emirates Balloon, expressed his pride and pride in flying with the wise leadership balloons locally and internationally, during which he received many regional and international awards, in addition to being honored by a large number of heads and leaders of Arab and foreign countries, stressing that participating in the 50th anniversary is a duty. My country is to highlight the tremendous efforts accomplished by the wise leadership over 50 years. For his part, Captain Russell Clack, the technical supervisor of the participation of the UAE flag balloon, explained that the participation will include the launch of the Middle East Balloon Festival, the first of its kind, which passes in a number of Arab countries, along with the State of Israel and both Sudan and Morocco, in addition to a number of international teams that The painting will present the most beautiful and largest peace in the skies of these countries, sending a message that summarizes the rejection of violence in all its forms and coexistence in peace and harmony with different cultures and religions. Clack explained that a number of technical equipment for the balloon was specially manufactured for the UAE flag balloon, due to its large size comparable to the size of a 7-storey commercial building, in order to facilitate the possibility of flying with this complex type of airship, as the UAE will become the first and only in the Middle East region. Which participates internationally with this type of airship.

Julio Cobos was a father at 65