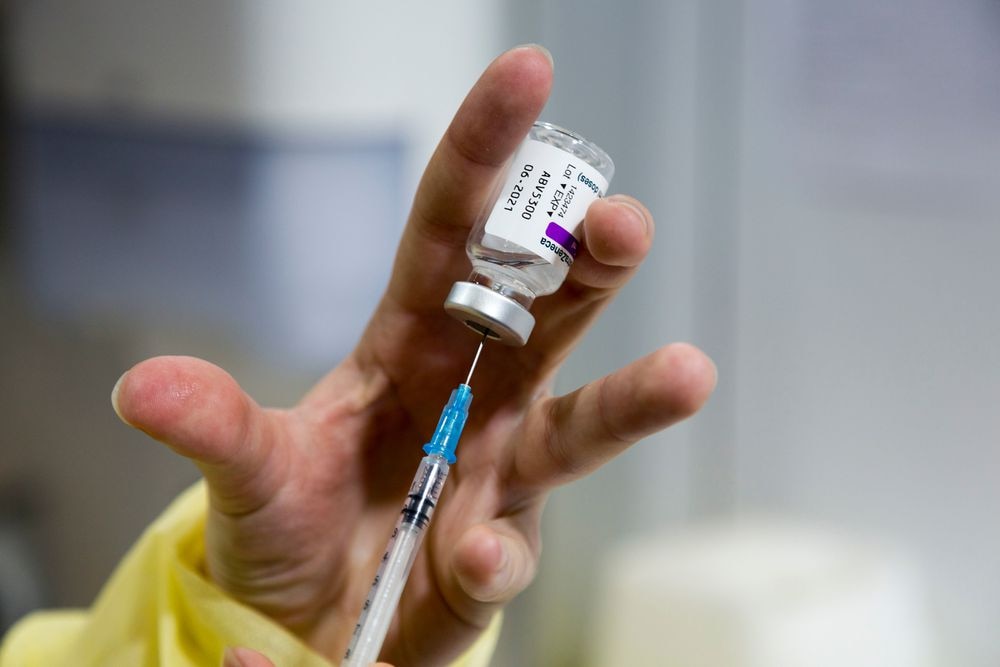 The European Medicines Agency (EMA) has ruled this Thursday on the questioned AstraZeneca vaccine. “This is an effective and safe vaccine,” explained Emer Cooke, director of the agency. “Its benefits,” he added, “outweigh the possible risks.” The EMA concludes that the use of this drug is not associated with a general increase in the risk of suffering thromboembolic events. However, the regulator has not been able to rule out a possible link to rare thromboembolic events detected, which “require further investigation,” said Cooke, adding that they will launch additional investigations to dig deeper.

The director of the European Medicines Agency, Emer Cooke, announced that the AstraZeneca vaccine is “effective and safe” at the press conference held this Thursday.Europa Press

“We still cannot definitively rule out a link between these episodes and the vaccine,” the agency’s director assured in a telematic press conference. And he explained that the committee’s recommendation is to “alert to possible risks” and ensure that these “are included in the product information.”

The decision of the so-called Pharmacovigilance Risk Assessment Committee (PROC) of the EMA, the body in charge of supervising the safety of already approved drugs, comes after a few weeks of doubts about the safety of the vaccine. The alarm was triggered after at least thirty thromboembolic episodes detected in several countries after administering the vaccines, some of which caused the death of patients.

Preventively, 16 EU countries, including Spain, decided over the last seven days to partially or totally suspend the campaign with the doses from this laboratory. The governments from France to Italy assured that they would resume vaccination if the EMA issued a positive opinion after the study.

“The scientific conclusions adopted today provide Member States with the information they need to make an informed decision about the use of the AstraZeneca vaccine,” said Cooke. “We cannot comment on the individual decisions of the States,” he added. “If it were me, I would get vaccinated tomorrow,” he has sentenced.

Italy and France have already announced that they will resume vaccination tomorrow, Friday. and Spain has said it will supply it again next week. French Prime Minister Jean Castex has confirmed that he will administer a dose of this vaccine himself to eliminate suspicions about its alleged side effects among the French population, reports Silvia Ayuso. Other countries, such as Sweden, say they need “a couple of days” to evaluate the EMA’s decision. The UK drug regulator also spoke out on Thursday and recommended continuing to use the drug after ruling out a link between thromboembolic events and AstraZeneca’s vaccine.

After repeating that the benefits are still “much greater” than the risks, Sabine Straus, chair of the pharmacovigilance committee has explained that “there is still a lack of certainty” in relation to “some reports of very rare cases that describe unusual events” about which the EMA does not take position at the moment. “There is no evidence to conclude whether or not they are caused by the vaccine,” he said.

Straus explained that they will continue to investigate several hypotheses, such as a possible relationship with people who have already passed the covid, given that one of the post-covid syndromes is in fact thrombosis. “Maybe it can play a role,” said the expert. It has also been said that in the cases studied a predominance of young women has been found. But it is “premature” to conclude on this, he added. Another clue that they will continue to evaluate is the relationship with contraceptive use.

To date, some 20 million people in the United Kingdom and the European Economic Area have received the vaccine until March 16. But the EMA has only reviewed seven cases of disseminated intravascular coagulation and 18 cases of cerebral venous sinus thrombosis, as detailed in a statement. Of the latter, seven correspond to Germany, three to Italy, two to Norway and one to Spain; in addition, three other cases from the United Kingdom and one from India, as they have added at the press conference.

Since last week, the European regulator has repeated in up to three statements, and in a previous appearance by its director, Emer Cooke, that it still recommended its use. However, it considered that the new data provided required a detailed evaluation and decided to put the monitoring mechanisms in place to clear up doubts and study whether there was a “causal relationship” between the vaccines and the incidents.

The EMA had defended until now that the episodes were detected in a small number of people, when it is known that thousands of people develop thrombi and embolisms annually for many and diverse reasons, and that these did not seem “superior to those of the general population” .

In order to carry out the investigation, no hypothesis has been ruled out: specific items have been tracked, the manufacturing process in European plants has also been analyzed, and the general and individual clinical information of the cases reported by the different countries , in case the drug could affect certain subpopulations. Spain, for example, is investigating three thrombi that occurred after vaccination.

AstraZeneca’s injected vaccine ratio, the third approved by the EU after the EMA medical green light in late January, is the lowest in the European portfolio. Member States have received 15.8 million doses from this laboratory, of which 8.6 million have been injected so far, according to data from the European Center for Disease Prevention and Control (ECDC). The proportion is 54%, well below the Pfizer-BioNtech preparation, whose proportion exceeds 90% (39.4 million of the 43.5 million supplied have been punctured). In Spain, which initially stopped the immunization campaign with AstraZeneca for two weeks on Monday, 940,722 doses of the more than one and a half million received (59%) from this laboratory have been injected to date.

Brussels threatens to activate the arbitration mechanism against AstraZeneca

Brussels has decided to go one step further in the dispute with the AstraZeneca laboratory. The European Commission plans to activate the conflict resolution mechanism contemplated in the advance purchase agreement signed with this laboratory to claim the committed and undelivered doses.

“Our intention is to send a letter to AstraZeneca that would allow us to begin a dialogue with the company as part of a dispute resolution process,” said the spokesman for the Community Executive on Thursday. Through this letter, the arbitration trigger is activated, as it has been clarified, and through it one party can invite the other to participate in the dispute resolution mechanism, officially summoning the directors of both parties: the Commission and the AstraZeneca company. That meeting would take place after 20 days. The objective, according to the spokesman, would be to reach a solution “in good faith” through a “solid” dialogue. The mechanism opens the door for the next steps to be taken in court.

The Commission is currently in the consultation phase with the Member States, before drafting and officially sending the letter. And although it has not given deadlines, it has indicated that it would be sent as soon as possible. The step comes after the president of the Community Executive, Ursula von der Leyen, threatened yesterday to ban the export of vaccines to the United Kingdom to guarantee supply. AstraZeneca has cut its committed dose supplies with the EU from 90 million to 30 in the first quarter; and from 180 million to 70 in the second. Community sources assure that the situation with AstraZeneca has reached such an extreme that the EU would probably be faced with a violation of the company’s contractual obligations.

She led the procession of royal mummies … Who was the beautiful woman who caught the lights!

Argentina’s resignation from the Lima Group: what the experts on international politics say