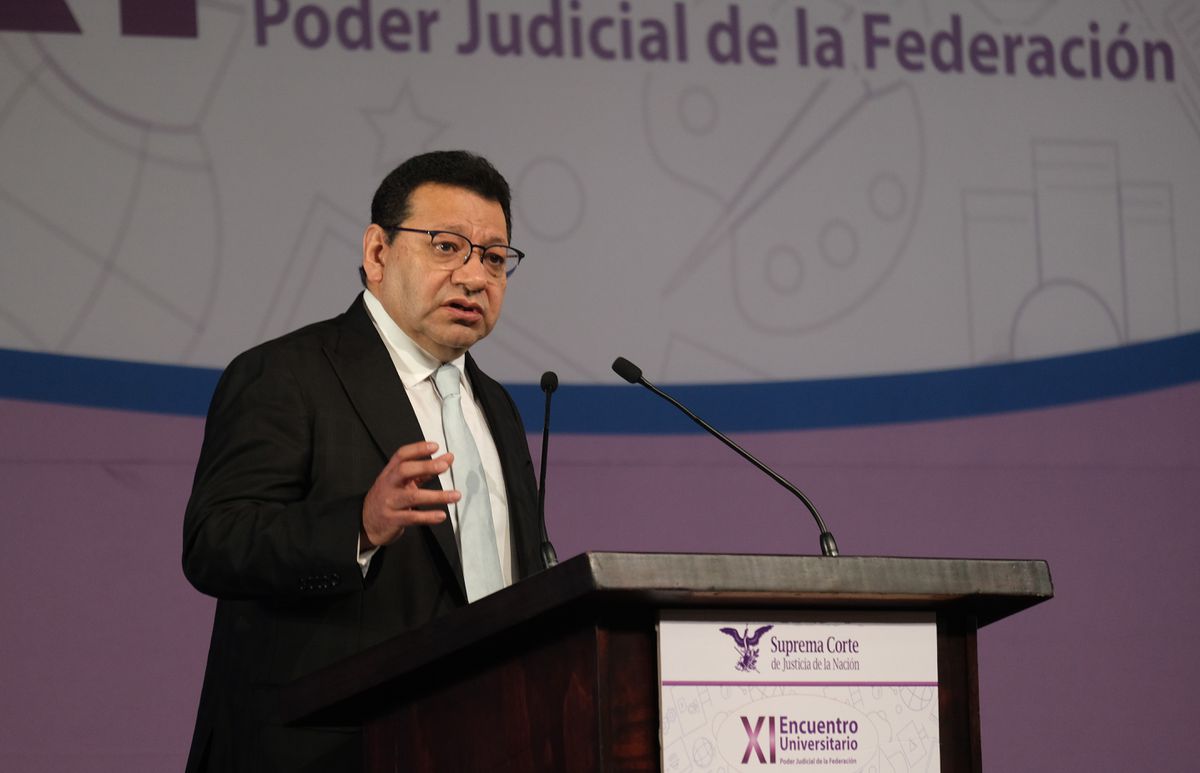 The Electoral Tribunal of the Judicial Power of the Federation (TEPJF) of Mexico has appointed magistrate Felipe Alfredo Fuentes Barrera as interim president after the president of the organ, José Luis Vargas, and the judge appointed to replace him, Reyes Rodríguez Mondragón, resigned this Monday. After the new appointment, the president of the Supreme Court, Arturo Zaldívar, has considered that the crisis was “overcome”. However, President Andrés Manuel López Obrador disagreed this Tuesday at the government’s morning press conference and advocated for a “sharp” renewal of the Judiciary: “I don’t have confidence in them”.

José Luis Vargas resigned as president of the Electoral Tribunal after several scandals and a crisis of internal confidence that exploded last week. Last Tuesday, most of the magistrates of the Superior Chamber voted to dismiss the judge, investigated by the Financial Intelligence Unit (UIF) for alleged illicit enrichment, for violating the “principles and duties” of his position and committing “abuses ”During his tenure, which began in November. In his place, Reyes Rodríguez Mondragón was appointed, who also left office and has been replaced by Felipe Alfredo Fuentes Barrera until September 1.

“The crisis,” Zaldívar celebrated on Twitter this Tuesday, “has been overcome.” The magistrate had supported the dismissal of Vargas, although he had ruled out that there was a crisis of constitutionality in the body. But López Obrador has dissented hours later from the National Palace: “The court is not right, they have not shown to act with rectitude.” The president has given as an example the decision of the TEPJF to remove the candidacies from the candidates of Guerrero and Michoacán in the elections of June 6 and has insinuated that the court ministers “acted under slogan, not as judges.” “I do not see them with an interest in doing justice,” said the president.

Dialogue is the privileged way to resolve conflicts. The crisis in the TEPJF has been overcome. I acknowledge to the magistrates their institutionality. I reiterate my thanks for your trust. I hope it is the beginning of a new stage of unity for the good of Mexico. https://t.co/fBeIr1NJDK

The president thus deepens the pulse against the Judicial Power, an institution that he considers dominated by the corruption of the “old regime” and that has been the target of different battles since the beginning of his six-year term. “Democracy has to be in the hands of incorruptible people,” he has indicated and criticized that the magistrates “have done nothing to clean up the judiciary.”

“Be supposed to [los jueces del Tribunal Electoral] they depend on the Judiciary, but they are completely autonomous because the party imposed them, “López Obrador has criticized and has urged the Judiciary Council to assume” a more active role “to” moralize “and” pacify “justice. “I am not going to propose a change in the Constitution because I want there to be a division and balance of powers,” López Obrador assured this Tuesday, and continued: “I believe that what all Mexicans can do is demand that judges, magistrates and ministers act righteously. And do not stop denouncing until they carry out a reform ”.

López Obrador saw in the extension of the mandate of Arturo Zaldívar as head of the Supreme Court the solution “for there to be a change” in the Mexican justice system. On Friday, after four months of debate and questions about the constitutionality of the measure promoted by Morena, Zaldívar resigned to preside over the highest court until 2024. The controversy was framed on a broader front: the control of the Judicial Council and the approval of a series of priority reforms for the Government that would even imply a reform of the Constitution itself.