The elections began in Madrid: elections that mark Spanish politics 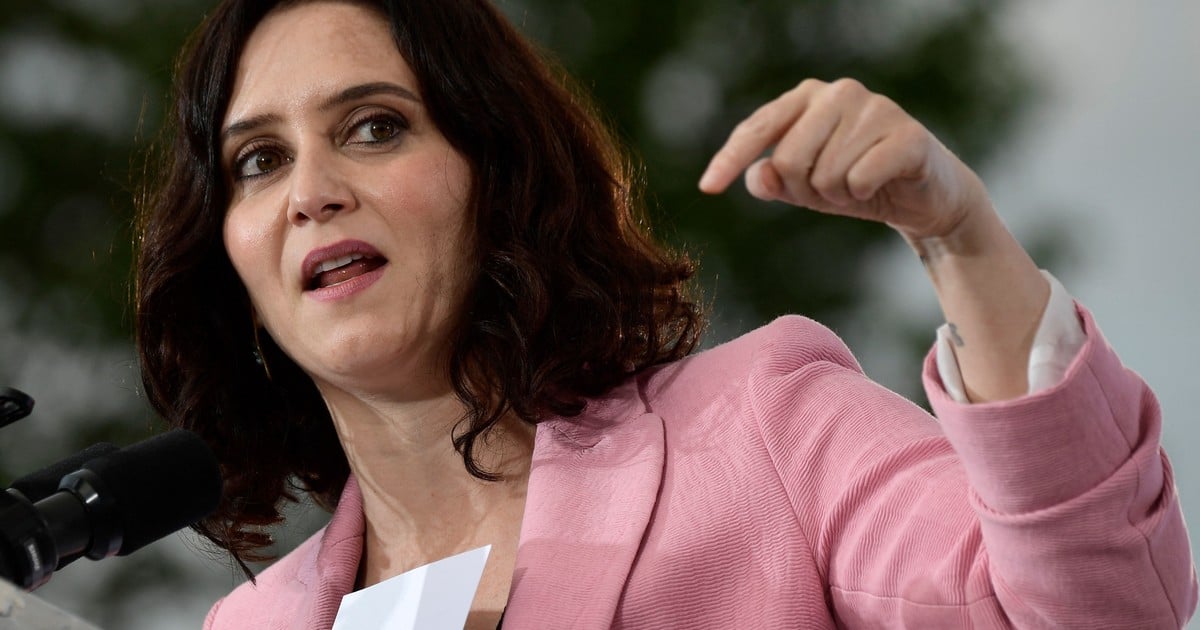 After one of the most hostile campaigns in memory, which included death threats against several politicians, the Community of Madrid has held – since the Argentine morning of this Tuesday – elections for choose the authorities of this rich Spanish autonomous region ruled for 26 years by the right-wing Popular Party (PP). These are elections considered crucial because their result could upset the balances of all the politics of Spain.

In the midst of great polarization, the PP, the center-right Ciudadanos and the far-right Vox party, as well as the center-left and socialist PSOE, who heads the national government coalition, the United We Can left alliance and a split from this, entered into competition. last, More Madrid.

According to all the polls, the current president Isabel Diaz Ayuso, who is going for his re-election, is the clear favorite to win the election that opened his tables at 9AM in Spain -4AM Argentine time-.

But it would not be enough for the president to achieve a majority, so she could appeal to an alliance with Vox, the far-right party, which has been gaining strength in Spain. This simple fact marks the transcendent pulse presented by this competition. The Vox candidate is Rocío Monasterio.

More than 5.1 million voters in the Madrid region, which includes the Spanish capital, must elect to 136 legislators, four more than those that currently make up the Assembly, by virtue of population growth, so the absolute majority will stand at 69 seats, and not 67, as up to now.

Pablo Iglesias, the candidate of United We Can, the force that plays one of his last cards. Photo DPA

The opposition he also plays his cards with three figures: the candidate of the PSOE, Ángel Gabilondo; Pablo Iglesias, from the populist United We Can, who resigned as vice presidency of the Spanish Government to fight; and surprise, Mónica García, doctor, feminist and representative of Más Madrid.

More Madrid is a split from Podemos headed by deputy Íñigo Errejón, and his entry into the fray seriously threatens the weight in the region that the PSOE has had so far from the Spanish Prime Minister, Pedro Sánchez.

Hostility and polarization in the campaign

The elections take place after a fierce campaign, of a hostility with few antecedents, whose turning point was the sending of bullets inside letters addressed to Iglesias, the socialist José Luis Rodríguez Zapatero, the Prime Minister between 2004 and 2011, and the current Minister of the Interior, Fernando Grande-Marlaska.

The tension of the campaign closed all possibility of debate and it polarized it to the point that each sector sought to define the agenda based on the antinomies “democracy-fascism” -from the left- and “freedom or communism” -from the right-.

The elections will decide the leadership of the region of 6.6 million people, whose GDP per capita is the highest in Spain, but that also accumulates the highest number of infections and deaths since the beginning of the coronavirus pandemic.

The elections were due to take place in two years, but they were called in advance after Díaz Ayuso, 42, broke his coalition with Ciudadanos in the hope of capitalizing at the polls on the sympathies won by his opposition to the restrictions recommended by Sánchez’s central government.

Rocío Monasterio, the candidate of Vox, the far-right party that advances in Spain. Photo EFE

“The problem in Madrid is Pedro Sánchez; they tried to force us to close Madrid, they demanded a state of alarm a la carte, false, and without health reports, and I said ‘not at all’; I am not going to close Madrid, because there is no reason, because I don’t feel like it and because nobody blackmails me“said the leader in recent statements that generated controversy.

Elections are crucial for the future of the Spanish political center, a space that may remain empty if Citizens -as the polls anticipate-, do not achieve the 5% necessary to enter the regional Parliament and become a key hinge for any Government.

Beaten after challenging the conservatives of the PP for the hegemony of the Spanish right just two years ago, Ciudadanos is at stake one of his last letters in Madrid.

Last Wednesday, the last day before the electoral ban prohibited the publication of polls, the figures kept the PP first, with about 41% of the votes, followed by the PSOE, with 21%, then Más Madrid, with 16%, Vox between 9% and 10%, Unidas Podemos, 7 and Citizens, with 4%.

About 18,000 police officers, Civil Protection volunteers and table authorities are mobilizing for the elections, with a security plan that includes face masks, social distance, sanitizers and ventilation, as well as an optional protection screen at the tables, the newspaper reported Spanish The country.

Díaz Ayuso insists that he prefers not to depend on anyone to govern, but on different occasions he said that agreeing with the Vox group “would not be the end of the world”, a phrase with which he evidences that he does not rule out jump the limit with respect to the extreme right that conservatives do apply in other countries.

A dilapidated structure on a subway line engulfed in controversy