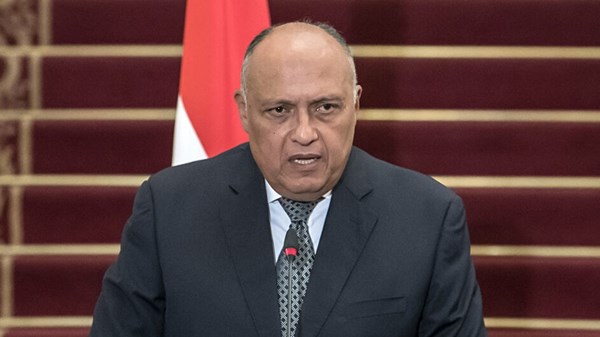 Today, Sunday, Egyptian Foreign Minister Sameh Shoukry headed to New York City, the United States of America, in preparation for the session scheduled for the United Nations Security Council on July 8, to address the issue of the Grand Ethiopian Renaissance Dam, which is being held at the request of Egypt and Sudan.

During the visit, Shoukry will hold a series of meetings and intensive meetings with a number of his ministerial counterparts, permanent delegates of the member states of the Security Council, and officials of the United Nations. The Egyptian Ministry of Foreign Affairs confirmed that these meetings and meetings to reconfirm the Egyptian firm position on the issue of the Renaissance Dam, which is based on the need to reach a binding legal agreement on filling and operating the dam that takes into account the interests of the three countries and preserves Egypt’s rights and water interests.

Earlier, Egypt demanded, in an official letter to the UN Security Council, that an urgent session be held under the item “security and peace in Africa.” It included Egypt’s support for Sudan’s recent message, and an affirmation that after 10 years of negotiations, the issue has developed into a situation that is currently causing, as well as It is stated in Article 34 of the United Nations Charter that international friction may occur, endangering the continuation of international peace and security, and therefore Egypt has chosen to submit this issue to the United Nations Security Council pursuant to Article 35 of the Charter.