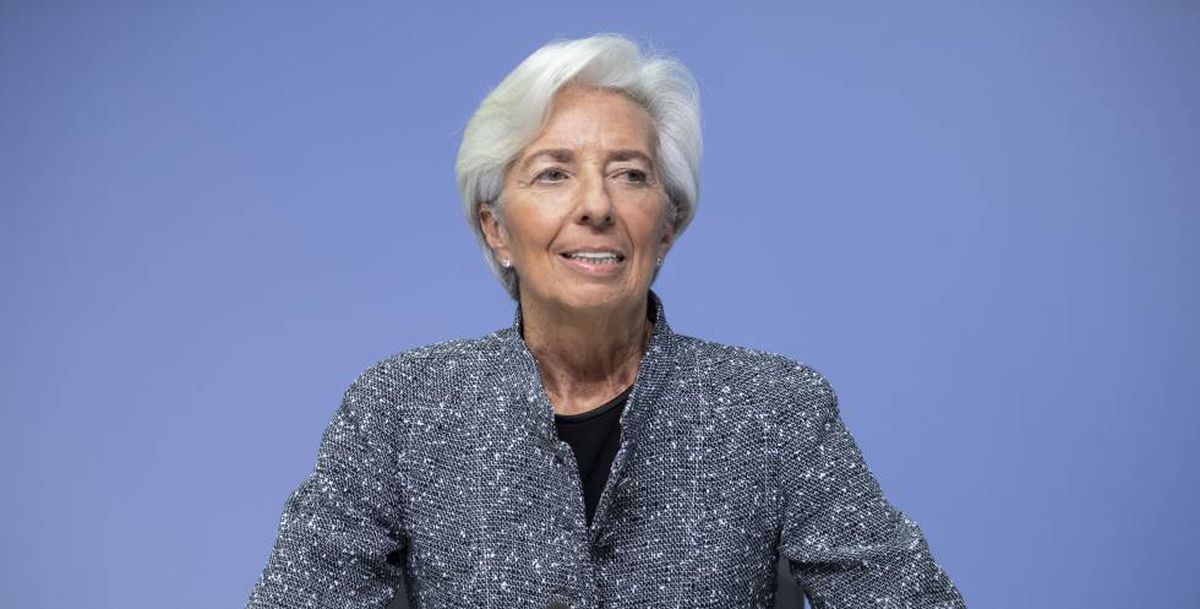 The ECB will maintain its pace of asset purchases intact while the recovery continues to gain traction on the dual monetary and fiscal fronts, with the economy also relying on the many-postponed arrival of funds from the European recovery plan, now finally ratified by all Member States. In the note released by the ECB this Thursday after the meeting of its Governing Council there is no trace of the word tapering –which alludes to the gradual withdrawal of stimulus – and perhaps the term most feared by the markets right now, due to the complicated game of balances involved in withdrawing aid without derailing the recovery. The concern it generates reaches the point that some analysts even referred to it as “the word that begins with T”, and the day before they recommended the bank to avoid pronouncing it and postpone the discussion until later, to avoid an uncertain impact. on the Stock Exchanges, risk premiums and the price of the euro.

“The Governing Council will continue to make net purchases of assets within the framework of the pandemic emergency purchase program (PEPP) with a total allocation of 1.85 trillion euros at least until the end of March 2022 and, in in any case, until you consider that the coronavirus crisis phase is over ”, reads the text, practically traced to that of March. This means that purchases, despite the incipient recovery underway, will continue at a “significantly higher” rate than in the first quarter: —the ECB bought around € 80 billion in debt per month in the second quarter, compared to the 62,000 of the previous one. The decision, expected by the markets, has hardly caused changes in the stock markets, while waiting for the president of the bank, Christine Lagarde, to give more details at a press conference.

In its statement, the entity opens the door for this stimulus program not to be fully spent “if favorable financing conditions can be maintained” with lower amounts. In addition, it delays any movement in interest rates until inflation reaches “solid convergence” with its target, that is, a level below, although close to, the two%, and this is also reflected in core inflation – which does not take into account unprocessed food and energy products as they are the most volatile.

The inflationary pressures of recent weeks have not changed its mind to the bank, which clings to the idea that the rise in prices – the CPI touched 2% in May, above the bank’s objective – is not a trend, but a temporary issue that will deflate. Even Olaf Scholz, German Finance Minister, a country that is usually belligerent with this economic phenomenon due to the damage it causes to its savers, has played down its importance in recent hours, using the same arsenal of arguments as the ECB, that is, after months of restrictions that caused prices to fall, it is logical that they will rise when the economy recovers, but it will tend to stabilize and it is not a problem that is here to stay.

Rising inflation has increased pressure to soften stimuli and avoid an overheating of the economy. Central banks live in a constant dilemma. The fear of overshooting, the fear of falling short. And some countries have already acted: In April, Canada’s central bank withdrew its pandemic-era stimulus, noting that rates could start rising in 2022. It was the first G-7 country to do so, but not the Unique: the Norwegian central bank plans to raise them in the third or fourth quarter of this year. And New Zealand and South Korea have suggested similar action is on their agenda.

The example of the United States can serve as a counterweight for Lagarde against hawks who want to take that path, although there are those who warn against excessive follow-up. Inflation on the other side of the Atlantic is double that of the euro area, and while waiting for the May data to be known today, it stood at 4.2% in April, its biggest jump since 2008. In full fiscal expansion of the Administration of Joe Biden – checks to millions of citizens included – with housing prices and second-hand cars in full swing boom, the Federal Reserve has not changed its discourse that the rise in prices will be only a temporary and non-structural evil, and it maintains the bond purchases, but it is unknown if the tolerance for inflation is close to exceeding the glass, and not It is ruled out that the Fed will begin to communicate its strategy of gradual reduction of stimuli at its Jackson Hole symposium in August. A new front can add fuel to the fire: Chinese inflation has woken up, and it is feared that if this rise affects the prices of the large goods and services it sends abroad, Beijing will also, from now on, be an exporter of inflation. .