The easing of restrictions did not reach the subway: why are 36 stations still closed 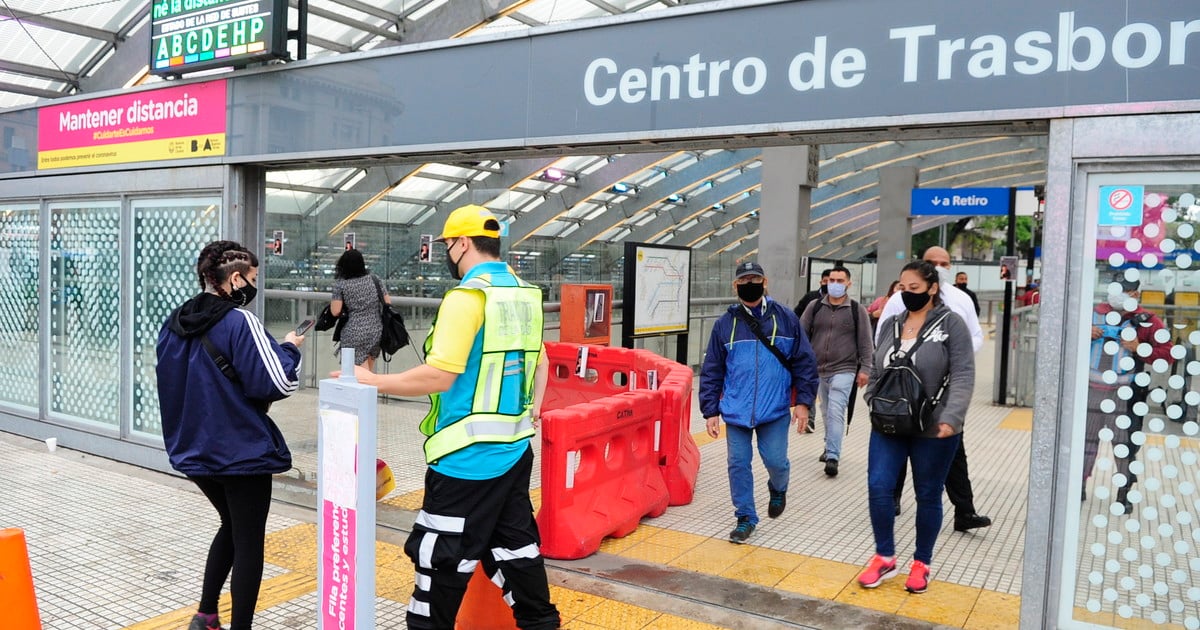 In the City of Buenos Aires you can, although with limited capacity, go to the theater. You can enter a shopping mall. You can watch a movie in a cinema seat. You can eat in the lounge of a restaurant. But one year and four months after the start of the coronavirus pandemic, what still cannot be done is a regular journey on the Buenos Aires subway, since 36 stations are still closed.

The blocking of the subway stations was implemented in March 2020 as an extraordinary measure before the advance of the pandemic. At first, the formations only stopped at the headwaters and in some transshipment centers. After a month, the measure was relaxed and cars began to stop at 50 stations. Then there were reopens and new closings depending on the epidemiological situation. Today there is 54 enabled, while in the rest the extraordinary became ordinary. And for the moment, according to the Buenos Aires government, there is no date for reopening.

The decision to keep them closed was communicated by the City’s Chief of Staff, Felipe Miguel, in the management report that he gave this week in the Legislature. “The 54 open stations are those that connect with other lines, the headwaters or those that are at strategic points, such as near hospitals “, the official explained.

But why are the remaining ones not – nor will they be – operational? As indicated by the Buenos Aires government, behind the measure there is a strategy and a difficulty that still cannot be addressed.

On the one hand, the decision pursues fewer people travel. “The shorter routes of two or three stations are replaced by walks, because the user is no longer rewarded by taking the subway if the station is closed,” they said in the City’s Department of Transportation and Public Works. At the same time, they explained, those trips that cannot be made by subway they turn to the collective, which has a higher reception capacity. Thus, they argued, “the subway is prioritized for passengers who make the longest trips, mostly between headlands. “

The bus network, they affirmed from the Transportation area, still has the capacity to receive subway users: “In many cases the group replaces the subway route and at present (the service) is in a 55% regular travel level, compared to what was recorded before Isolation “.

On the other hand, behind the decision there is also an unresolved complication: human resources are not enough -police, traffic agents and volunteers- to monitor all points of the City.

“The closure of some stations allows keep better control of the entrance of the users and guarantee that the established conditions are fulfilled (15 people stopped per car) and to be able to manage in a more efficient way the busiest accesses, for example the Transshipment center of Constitución “, they added in the Ministry of Transportation Also, that they travel workers in items considered essential.

With fewer stations, don’t users pile into the available ones?

The logic of the Buenos Aires government is fewer stations, fewer short trips, less demand and, as a result, stations and unzipped subways for long trips, which are the priority today.

However, on social media some passengers complain and say the opposite is happening. They ensure that many more people are concentrated in the open stations.

Claims for the closure of subway stations

There are 36 that still do not work.

@horaciorlarreta dear Horacio, it’s time to open all the subway stations. Those that are open explode with people who all go down to be able to travel. It is worse that, it is now. Thanks!!

Faced historically in many decisions, in relation to enabling stations, the Union Association of Subway and Premetro Workers agrees with the Government and refuses to enable other points of the network.

“The amount should not be increased because the subway keeps filling up and people keep traveling crowded and getting infected,” said Metro Delegate Roberto Pianelli. “Public transportation is only for essentials, for authorized persons and that is not fulfilled, it is not controlled and anyone is entering, “he added.

Currently, the subway registers around 200 thousand daily trips, in a special scheme, from Monday to Saturday from 6 am and on Sundays from 8 am. According to official numbers, the network mobilizes 20% of the total passengers that did so in 2019.

What are the 36 closed stations

In the line B the subways do not stop in Florida, Callao, Pasteur, Carlos Gardel, Dorrego, Tronador and Echeverría.

In the line D the trains do not stop at Callao, Agüero, Scalabrini Ortiz, Palermo and José Hernández.

In the line H, the subways are still long in Córdoba, Venezuela and Inclán.