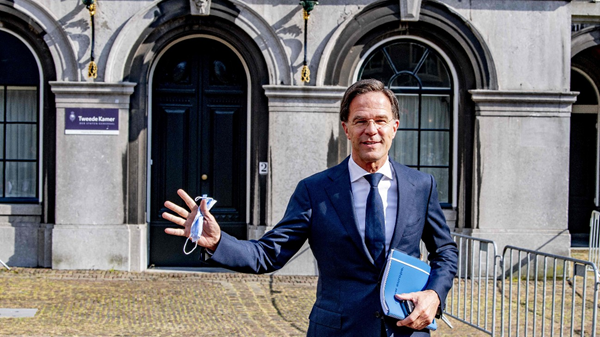 Today, Monday, the government of the Netherlands apologized to its people for lifting the restrictions imposed to combat the emerging corona virus early, which led to a rise in epidemic infections.
Dutch Prime Minister Mark Rutte acknowledged that Corona restrictions were lifted too early, and he apologized, while the infections in the pandemic rose to their highest levels for this year.
On Friday, Rutte re-imposed restrictions on cafes and restaurants in an attempt to stop the rise in infections among young people, just two weeks after the cancellation of most of the general isolation measures in the country after a decline in cases.
“What we thought was possible turned out to be not feasible,” Rutte told reporters today. “We made the wrong decision, which we regret and apologize for.”
His apology marked a major turnaround on Friday when he repeatedly defended the early easing of restrictions as a “logical step”, refusing to take responsibility for any potential mismanagement by his government.
This drew criticism from health authorities, who said the government had acted negligently when it encouraged young people to go out again.
A system of mandatory medical examinations and tests to detect Covid-19 before going to cafes and restaurants collapsed in front of the large numbers of young people who walked out after a general isolation that lasted for months.
So far, the increase in infections has not resulted in a clear increase in patients in hospitals, because most of the new cases are young people who are less likely to develop serious symptoms and because most of the elderly who are at risk of contracting the virus have received the vaccination against the virus.