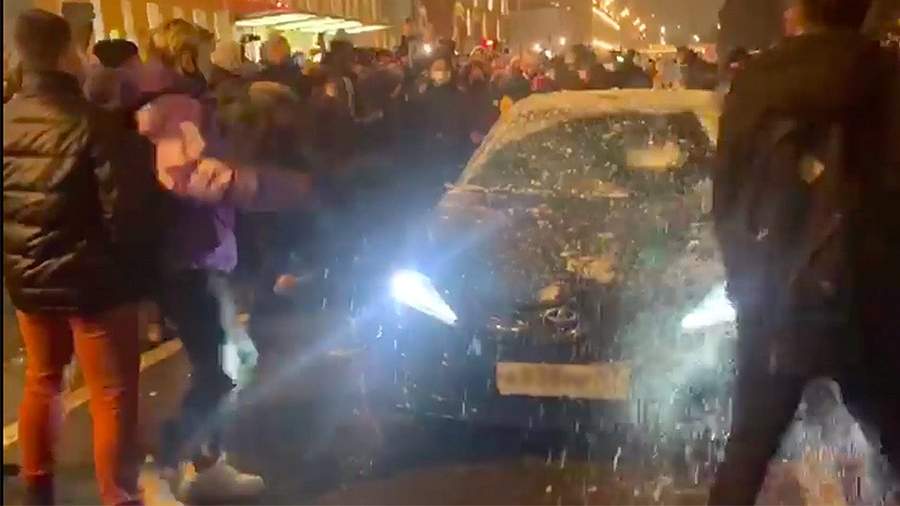 The driver of a car with a flashing light received an eye injury during an unauthorized rally in the center of Moscow. On Saturday, January 23, reports TASS citing a source in law enforcement.

“The driver of the car, which belongs to the central office of the FSB, received an eye injury during an uncoordinated action on Tsvetnoy Boulevard in Moscow,” said the agency’s source.

On the same day, it was reported that participants in an unauthorized action attacked a car with AMP numbers in the center of Moscow. Published footage showed protesters kicking and throwing snowballs at her.

Also on January 23, it became known that participants in unauthorized actions in Moscow took to the streets of Dmitrovka, Pokrovka, Petrovsky Boulevard and blocked the movement of ground and personal transport.

In addition, 19 people with coronavirus came to an unauthorized rally in Moscow on Saturday. As reported on the website health department, in relation to these persons, they recorded facts of violation of quarantine and mandatory self-isolation.

Law enforcement officers, in turn, handed out masks to the protesters in Moscow to protect them from coronavirus. Through a loudspeaker, citizens were reminded of the need to comply with preventive measures and a safe distance.

Uncoordinated rallies are held in various cities of Russia on 23 January.

Several dozen people were detained in Moscow and St. Petersburg. It is known that there are children among the detainees. One of the detainees is a 17-year-old girl who handed out leaflets. Previously, the authorities have repeatedly reminded that the involvement of minors in riots is punishable by law.

Myanmar | Myanmar’s protests swell, and the junta warns of tougher grips – “I think this is just the beginning,” Myanmarian Kyaw Thu tells HS