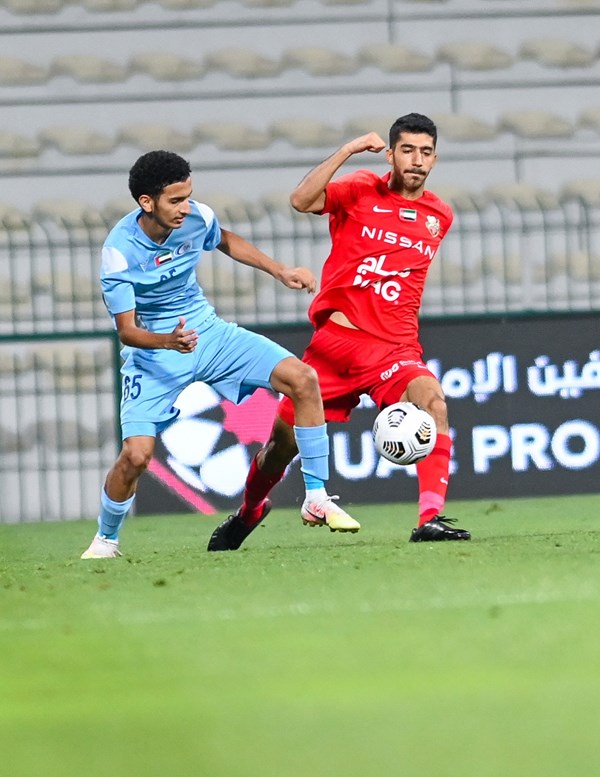 Mutasim Abdullah (Dubai)
The opportunity appears to be available for Al-Ahly youth to be the “fifth champion” in the history of the Arab Gulf League U-21, when it faces its host Al Wasl tomorrow, at the forefront of the “Round 25” matches, which are the penultimate, which witness decisive confrontations for the five teams competing for the league title.
The chances of the “Al-Fursan”, the leader of the current standings, with a score of 52 points, in deciding the league title before a round to the conclusion, in defeating its “sixth” host Al-Wasl, and waiting for the runner-up Al-Ain to stumble with 49 points by losing or drawing in his match against his “seventh” guest Al-Jazira on the Khalifa bin Zayed Stadium at the same time.
Al-Ahly youth aspires to be the fifth team that succeeds in crowning the Arab Gulf League U-21 title «former reserve», and joining the list of champions that includes Al Ain teams who have the record for crowning with 8 titles, in addition to Sharjah clubs, the 2015-2016 champion, and Al Wahda Winner of the 2016-2017 version, and Victory 2018-2019.
The competition for the league title this season brings together 5 teams in a row, led by Shabab Al-Ahly (52 points), Al-Ain (49 points), Sharjah (48 points), Al-Wahda (48 points), and Ittihad Kalba (47 points).
The penultimate round, in addition to the matches of Al Wasl with Shabab Al-Ahly and Al-Ain with Al-Jazira, witnesses the match between Sharjah, who is third with 48 points, with his guest Ajman (eighth). The 11th.
The “Al-Fursan”, leader of the league standings, stands at the forefront of the strongest attack with 59 goals, bearing the signature of 15 players, most notably Muhammad Al-Madani, the team’s top scorer with 12 goals, and came second in the ranking of the strongest attack, Sharjah with 54 goals, compared to 47 goals for Al-Jazeera, the third in the “strongest attack.” », And the seventh place holder in the overall standings with 31 points.