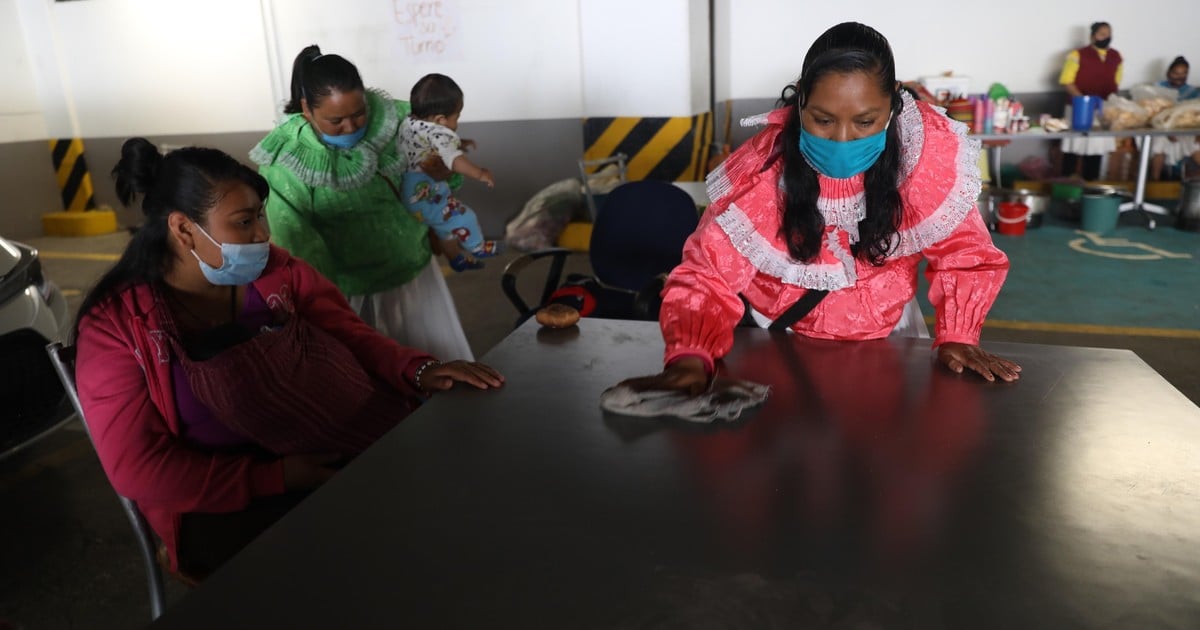 After walking up to four hours from their communities, besieged by drug traffickers, Elderly Wixárika Indians were vaccinated against the coronavirus in a remote region of eastern Mexico.

One hundred members of this ethnic group, one of the most representative of the country for its culture, received the Chinese immunizer CanSino Biologics, which requires a single dose.

Most walked about four hours until reaching the vaccination point in the Nueva Colonia community, in the municipality of Mezquitic (Jalisco state), which is accessed by dirt trails.

The health brigades arrived in town with the accompaniment of soldiers of the National Guardl to start the campaign in this area nestled in the Sierra Madre Occidental.

Zeltal Indians, devotees of the Virgin of Guadalupe, pray at a makeshift altar. Photo EFE

The inhabitants of the region they live under the siege of cartels that they dispute the control of routes for drug trafficking in the limits of the states of Jalisco, Zacatecas and Durango, denounce authorities and residents.

For those organizations, the area is key because it offers “many escape routes” Faced with possible operations by the authorities, a local woman told AFP who asked not to reveal her name.

The Jalisco Nueva Generación cartel and the Sinaloa cartel they usually place seals on the access roads. “They ask you where you are going, where do you come from (…) The simple fact of the interrogation, of seeing the weapons, is something very strong,” he said.

According to an official balance updated until March 18, the pandemic had claimed its life of 2,627 indigenous Mexicans, especially with ages between 60 and 74 years, among the 17,822 confirmed cases of coronavirus in this community.

Guillermo Islahuaca Álvarez, director of a section of the Jalisco Health Secretariat, told AFP that due to security problems, such as assaults on medical personnel and car theft, it had not been possible to send health personnel to the area since February.

“The comrades are reintegrating today after two months of being out of their assigned unit,” said the official, indicating that during that period health personnel belonging to the Wixárika people attended to emergency cases.

The first to receive the vaccine was Lucía Mijares, 69 years old.

“I no longer wanted to be afraid,” he told AFP through an interpreter.

According to the 2020 census, 7.3 million inhabitants of Mexico speak an indigenous language, the main criterion for determining the identity of this sector of the population.

A second day of immunization was scheduled for April 26 in communities where the installation of checkpoints by drug traffickers is reported.

Since last December 24, in Mexico they have been immunized 13.4 million people, of which 3.2 million with the complete scheme.

The country, of 126 million inhabitants, is the third most mourned by the epidemic in absolute numbers with almost 212,000 deaths and 2.3 million infections. However, its fatality rate per 100,000 inhabitants is the nineteenth in the world.