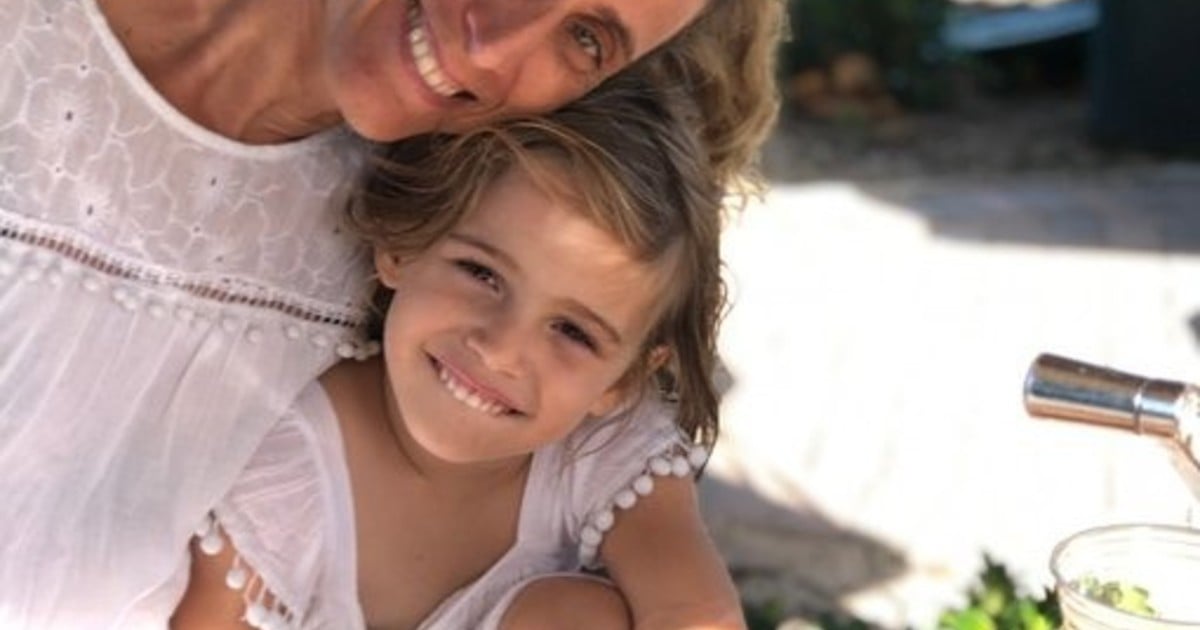 Debris removal work continues without pause, but there is still no news of the 9 Argentines reported missing. This Friday it was confirmed the identity of a five-member family of compatriots who lived in apartment 501, in the south wing of the Champlain Tower complex that collapsed Thursday.

They are the photographer Graciela Cattarossi, her 7-year-old daughter Estela, her sister Andrea, her father and mother, and everything indicates that at that time they were sleeping in that house in Surfside.

This family joins the couple whose identity first transcended, the Argentines Andrés Galfrascoli, 44; Fabián Núñez, 55, and Sofía Galfrascoli Nuñez, 5, their daughter, who lived in the building and who also remain without traces. In addition to these families, there would be a 22-year-old boy and a 27-year-old girl among the disappeared.

To Mariela Porras his voice trembles when you talk to this correspondent. This Nicaraguan is desperately searching for her Argentine friend Graciela and her daughter Estela, who was with her parents and her sister at the fatal dawn of Thursday in Miami.

Mariela had no answer when she woke up and called her friend, 48, who lived with her daughter and her parents Gino and Graciela on the 5th floor at 7 a.m. Hours pass and great anguish grows to know what has happened to them.

Andrés Galfrascoli and Fabián Nuñez with their daughter

“I texted her and I haven’t heard from her. I’ve tried to contact her, but she goes straight to the answering machine. I don’t know any more of her relatives here. Here he lived with his little girl, Estelita, and the parents who are older ”. There was also Graciela’s sister, Andrea, who is an architect and apparently she had traveled from Argentina and was staying with her family in Surfside. The last time Mariela, 40, had spoken to her was last weekend.

“I have a great regret in my heart,” he says to Clarion. He says that he met Graciela 4 years ago because they had a lawyer in common due to a problem with the father of their respective children.

“We met on that road and we became good friends. We had each other as emotional support ”, he says. The Argentine had been living in Miami for a “long time” and her daughter was born in this city.

Gabriela is a professional photographer. According to the slogan on its website, the clients for whom it carries out work include important companies and publishers. Among other publications, he worked for the New York Times and for magazines Conde Nast Traveler Y Vanity fair. In addition, he made publicity photographs for the Four Seasons and Fasano hotels, and for the Bank of America.

Mariela, who has lived in Miami since she was 3 years old, says that she was several times in the Chaplain Towers condominium and that they used to be in the pool with their children, who were also friends. Graciela recently celebrated Estela’s birthday and organized a picnic on the building’s grassy area. Mariela says she never mentioned anything to her about the construction having problems. “I never saw anything,” he says.

Intense work of firefighters at the scene of the disaster. AP

“She is a very good friend, she is an excellent mother, a very good woman. She does everything for her daughter, for Estelita ”, says Mariela.

“She is a hard worker, she responds to injustice. We had to be in the family court here, which is a disaster, we experience things that should not be happening and she is very passionate. She wants to change the laws. In one of the last conversations we had, he told me: “This cannot remain like this because it is not possible. Children must be protected ”. He has a huge heart and has passion ”.

Mariela approached the family reunification center on Thursday, which was set up on the spur of the moment on Collins Avenue and 93rd Street, and asked about her friend. “I told them the unit where I lived and they pointed out that they had no news.” At the exit, he showed photos of Graciela and her daughter so that they could identify her.

Mariela does not lose hope that her friend and family will appear alive. “I think there is still a chance, but the possibility that there is life there, according to what I saw today, is not very great. It breaks my soul to think of that creature and all the creatures that are trapped there. I have faith in God, but what I saw there today did not make me feel very good. It didn’t give me much hope. “