The doctor named the kidney-killing substances 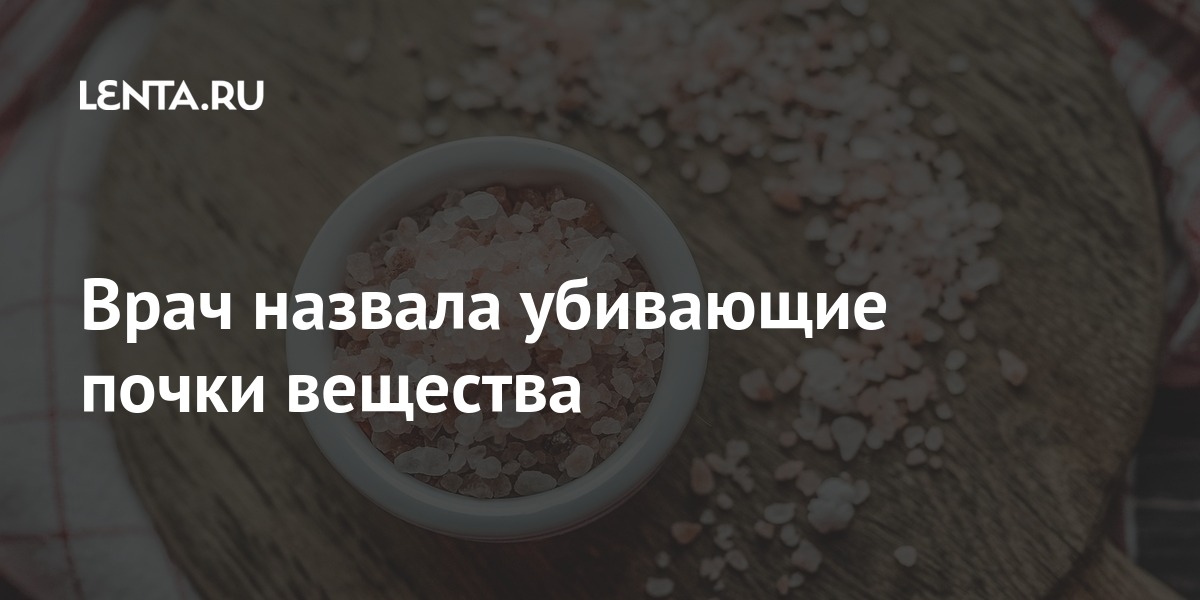 Tatiana Pankratenko, associate professor of the Department of Nephrology of the Vladimirsky Moscow Regional Research and Clinical Institute, nephrologist of the St. Vladimir Children’s City Hospital, on the air of the Open Studio program on Radio 1, named substances that disrupt the functioning of the kidneys.

Salt, phosphates and protein are the “killers” for the kidneys, she says. The doctor said that it is enough for a person to consume up to two grams of salt per day, while the harmless norm is six grams. If this rate is exceeded, then in adults the pressure rises and the kidneys suffer, said Pankratenko.

The specialist also urged not to abuse pickles, sausages, semi-finished products and fast food. A large content of phosphates in canned food and preserves can also affect the functioning of the kidneys. Thus, protein in large quantities will prevent the kidneys from “living up to 110 years,” the doctor said. She advised eating protein-rich foods in moderation.

Earlier, Nikolai Bulanov, a nephrologist at the Tareev Clinic of Rheumatology, Internal and Occupational Diseases, said that kidney problems that arose against the background of COVID-19 could become chronic and irreversible. Some of those infected with acute kidney damage have not fully recovered during their hospital stay, he said, and it is likely that these people will not return to normal kidney function.

Bad news from the USA: Former Nowitzki teammate Bradley paraplegic after an accident