The doctor named an alternative to cheap Chinese toys for children 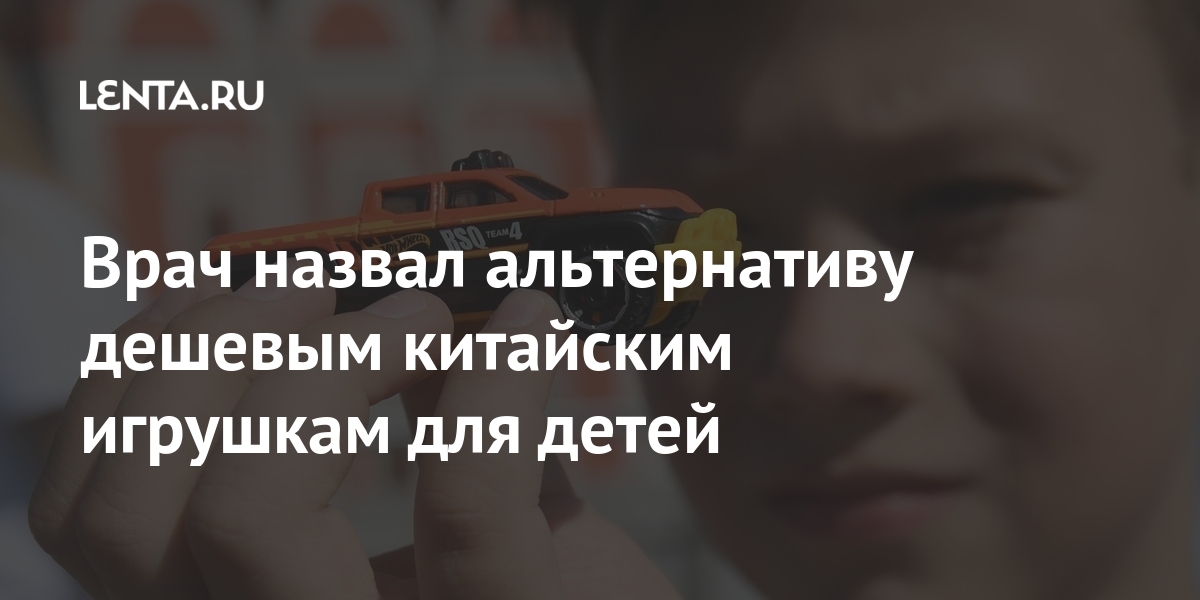 Children should not buy cheap Chinese toys, it is better to choose domestic goods without small parts and purchase them in large certified stores, said Ismail Osmanov, chief freelance pediatrician, head physician of the Bashlyaeva Children’s Hospital of the Moscow Department of Health. RIA News…

According to him, when choosing a children’s toy, one should take into account the child’s age, as well as his ability to use it consciously. “Our domestic toys undergo a serious control, a quality certificate, all this is regulated by Rospotrebnadzor. You can choose any toys – one-piece animals, constructors with large parts, ”the specialist noted.

Toys with a large number of small parts are dangerous to a child, as parts of them can enter the body. Such toys, according to him, can only be given to children over 12 years old.

He also recalled that children are allergic to some materials, so parents should check how plush toys smell, what material they are made of. “It is better to buy toys not in kiosks, not in markets, but in large certified stores, in which it is carefully checked, but even there it needs to be seriously studied, carefully,” concluded Osmanov.

Earlier, the surgeons of the Moscow children’s hospital No. 9 named after Speransky took 117 magnetic balls from the child’s stomach. He played under the supervision of his sister, and when his mother began to collect toys, she found that half of the magnetic construction set was missing. The boy was urgently taken to the operating room, as the picture showed that a huge lump of magnetic balls was gathering in his stomach.

How much power does the coach have ?: A big problem for FC Bayern