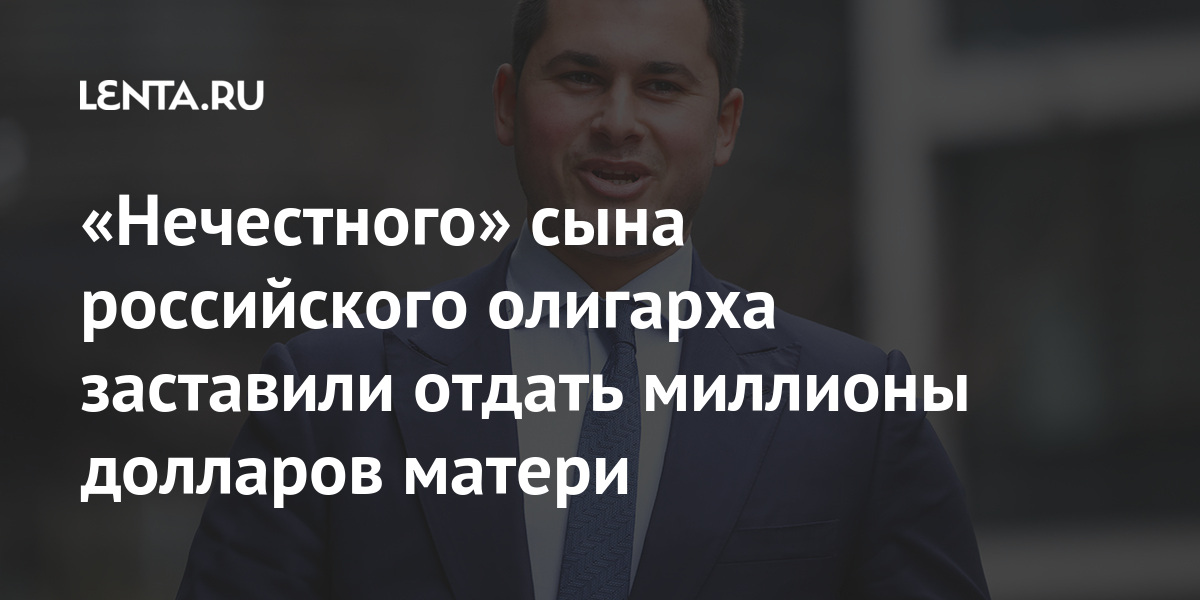 The son of the Russian oligarch, former Senator Farhad Akhmedov, Temur, by a court decision, will have to give his mother $ 100 million. At the same time, the court called him “a dishonest person who will do everything to help his father,” Bloomberg reports.

Judge Gwyneth Knowles concluded that Akhmedov Jr. helped his father and did “everything he could” to prevent his mother from receiving a court-approved divorce payment of £ 450 million ($ 627 million). Knowles said he now has to pay her over $ 100 million.

Food ration cards helped people in the USSR survive. Can they be introduced in Russia and is it necessary?

In 2016, the High Court of London ordered Farhad Akhmedov to transfer £ 453 million (41.5 percent of his fortune) to his ex-wife Tatyana. Her share includes mansions, a yacht, a helicopter, a private jet and works of art. This became the largest compensation in the history of divorce proceedings in London.

The hearings resumed at the end of 2020. Then it became known that Temur, who has British citizenship, fled to Russia after his mother’s lawsuit. The woman claimed that her son, during her divorce proceedings, helped her father hide the money due to her in the division of property.

At the end of last year, Temur Akhmedov said that as a student, he lost $ 50 million, donated to him by his father, on risky transactions in the stock market. According to him, his mother knew about the loss of $ 50 million while studying at the London School of Economics. He added that the woman even consoled him after bad deals.